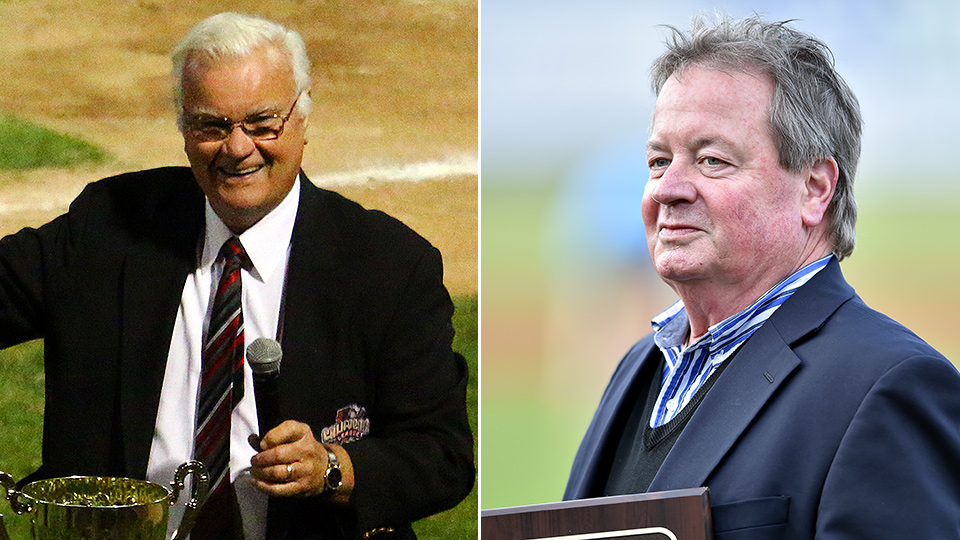 ST. PETERSBURG, Fla. -- Minor League Baseball announced today that it has selected California League President Charlie Blaney and Carolina League President John Hopkins as co-recipients of the 33rd annual Warren Giles Award, which honors outstanding service as a league president. The Warren Giles Award has been presented annually since 1984 and is named for the long-time baseball executive who served as the National League president from 1951 to 1969. They will receive their awards at the Baseball Winter Meetings Banquet on Sunday, Dec. 4, at Gaylord National Resort & Convention Center in National Harbor, Maryland.

"Whenever we are honored with an award in this game, it is always due to a team effort," said Blaney. "Our owners and general managers are pleased to have worked together, under Pat O'Conner's leadership, and in conjunction with the Carolina League, to do something for the betterment of Major League Baseball and Minor League Baseball. On behalf of the California League, I am honored and proud to accept the 2016 Warren Giles Award, along with my good friend and fellow league president John Hopkins."

"I am flattered and humbled to receive the prestigious Warren Giles Award, and most proud to share it with Charlie Blaney, one the game's finest people," said Hopkins. "Realignment doesn't happen often, and this was my first, but it has been a memorable experience and it's gratifying that Major League Baseball and Minor League Baseball seem pleased with the result. Hats off to Pat O'Conner for his role and to the ownership and management of the clubs in both leagues as this does not happen without them."

Blaney became the California League president in 2010 after spending 32 years in the Los Angeles Dodgers organization as vice president of player development, managing director of Dodgertown in Vero Beach, Florida, and general manager of Dodger affiliates at the Single-A, Double-A and Triple-A levels. He was inducted into both the Albuquerque Baseball and Florida State League Halls of Fame in 2010.

Hopkins began his baseball career in 1978 when he joined the Shelby Reds of the Western Carolinas League. He became the assistant general manager of the Greensboro Hornets in 1979 and was promoted to general manager in 1982. Hopkins assumed his current role as Carolina League president in 1984. This is his second time receiving the Warren Giles award, having previously accepted the honor in 1995.