LumberKings to play for Midwest crown 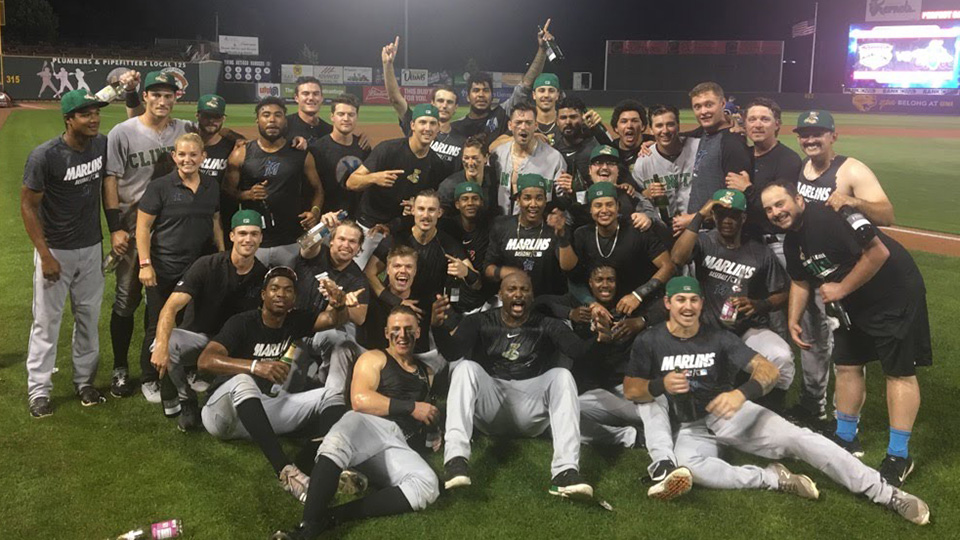 Clinton outscored its opponents, 29-9, in the five games it took to reach the Midwest League Finals. (Clinton LumberKings)

The Class A LumberKings found redemption, and with it came a spot in the Midwest League Championship Series.

One night after a walk-off loss in Game 2 of the semifinals, Clinton maintained control of the decisive Game 3 from start to finish, topping Cedar Rapids, 6-2, on Monday at Perfect Game Field. Tenth-ranked Marlins prospect Kameron Misner was in the middle of it all, scoring three runs despite not recording a hit.

The LumberKings -- who outscored Kane County, 17-4, in a quarterfinal sweep and shut out the Kernels in Game 1 on Saturday -- let a one-run lead slip away in the ninth inning Sunday.

"After the game when I talked to them, I just let them know that if they thought we were going to go out and sweep every series that we have in the playoffs, then they were mistaken," Clinton manager Mike Jacobs said. "I just let them know that if we continue to do what we've been doing this second half and play the way that we're capable of playing, that we'd be able to overcome that loss, no problem."

A two-out rally in Monday's opening frame was step one. After Christopher Torres drew a leadoff walk and Misner, the cleanup hitter, was hit by a pitch, Will Banfield, Evan Edwards and J.D. Osborne strung together consecutive RBI singles off Tyler Palm to knock the right-hander out of the game. Denny Bentley came on in relief and got Bubba Hollins to fly out to left field on the first pitch, but Clinton led, 3-0, before Cedar Rapids had a chance to bat.

Misner earned a free pass to begin the fifth, stole second base and advanced to third on a single by Banfield. Righty Nate Hadley entered a batter later and threw a wild pitch to Osborne, allowing Misner to dash home for the LumberKings' fourth run. The 21-year-old also scored in the seventh, when he reached on a fielding error by shortstop Wander Javier and came around on Hollins' two-run triple to left.

The Marlins took Misner with the 35th overall pick in this year's Draft. He became a "huge part" of a second half during which the LumberKings went 45-25 after finishing the first half three games below .500. He batted .276 with a .753 OPS and 20 RBIs in 34 regular-season games, then notched six hits -- including a home run -- in the first round against the Cougars. The 6-foot-4, 219-pound outfielder didn't log a hit in the semifinals, but did damage elsewhere.

"He can move for a big boy," Jacobs said.

The Kernels had their chances. Javier doubled in the first and moved to third on a wild pitch with one out, but he was stranded. Jared Akins and Trevor Casanova led off the third with two hits, but even with two walks later in the frame, only one run scored. That duo struck out on seven pitches in the sixth, halting momentum started by Spencer Steer's leadoff single and DaShawn Keirsey's ensuing walk. Two more hits in the ninth also fell by the wayside.

Game 1 of the Championship Series against the Cubs, who are undefeated in the postseason, will be Wednesday at South Bend.

"Regardless of who we're playing," Jacobs said, "if we're able to do the things that we've been doing, it should be a good series either way."