Fort Wayne to receive award as MiLB's top franchise on Dec. 4 in DC 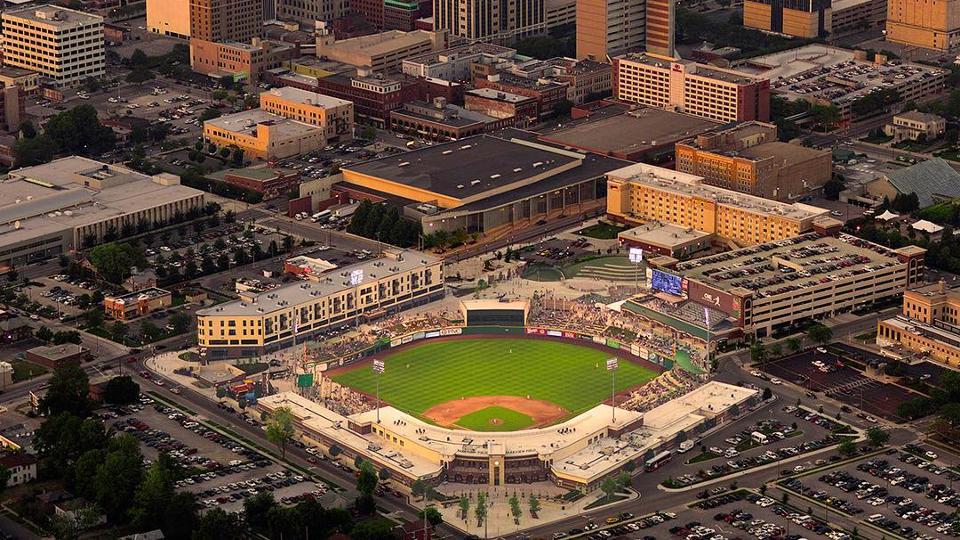 Since Parkview Field opened and the team rebranded to the TinCaps in 2009, they have been among the league leaders in overall attendance, averaging approximately 400,000 fans a season. In 2016, they set a franchise record by averaging more than 6,000 fans a game for the first time in club history. On Sept. 1, the TinCaps announced an extension of their player development contact with the San Diego Padres through the 2018 season, a partnership dating back to 1999.

"It is a tremendous privilege for the TinCaps to receive this award," said TinCaps owner Jason Freier. "It is a tribute to the extraordinary fans of Fort Wayne as well as to the talent and hard work of our staff. To have well over a half million fans visit Parkview Field year after year, in a metropolitan area of just over 400,000, demonstrates the support the TinCaps and Parkview Field receive. The secret to that success is our staff, which has had tremendous continuity and is filled with fantastic people who do great things not only at the ballpark, but out in the community every day."

"The John H. Johnson President's Award is the top award in our industry and we are blessed to receive it as it is a testament to the amazing fans, sponsors, media, and partners that we have in our region," said TinCaps President and General Manager Mike Nutter. "It is also recognition for our amazing staff the worked incredibly hard to attract 413,701 fans last year at TinCaps games and close to 150,000 guests at our 739 non-TinCaps events at Parkview Field. It has been an amazing eight year run in downtown Fort Wayne. 2016 featured our highest attendance ever and our biggest impact in the community. We are grateful to our corporate partners, season ticket holders, and supporters that work with us and allow us to provide family friendly entertainment. We share this award with the hundreds of part-time staff members that choose to work for our organization and provide outstanding customer service."

Since Parkview Field's opening in 2009, Fort Wayne has spent more than $6 million in renovations and improvements to their facility. Improvements included a group outing area in centerfield that doubles as the batter's eye, additional protective netting and a re-surfacing of the grandstand concourse.

The TinCaps also continue to make a difference in the Fort Wayne community. The TinCaps Reading Program, founded in 2000, and free for local schools and libraries, reached 296 area schools and 90 libraries in 2016, resulting in over 24,000 kids reading their way into Parkview Field. During every home game, the TinCaps honor a local not-for-profit in the community by providing it a commercial on the video board and a kiosk on the concourse. The TinCaps also run several military initiatives such as Military Appreciation Night and "Military Salutes" prior to post-game fireworks throughout the season.

"The TinCaps also want to thank Midwest League President Dick Nussbaum and league administrator Holly Voss for all of their support and we share this with the other 15 Midwest League teams that do such an amazing job in their communities," added Nutter. "I wish my great friend and former Midwest League President George Spelius could have been here to see this because I had the honor of working with him for more than 20 years. Finally, we receive tremendous support from our owner, Jason Freier. He's an amazing person with an incredible vision that truly cares about our industry and the communities that we call home. We would not receive this award without his tremendous leadership."

"The City of Fort Wayne and Parkview Health took a chance and invested alongside us almost 10 years ago in creating Parkview Field and Harrison Square and the results have been spectacular," added Freier. "Downtown Fort Wayne has evolved into a vibrant and dynamic live, work, play environment and we know more good things are to come. We appreciate the trust that the City, Parkview and their leaders have shown in the team and the partnership we have shared over the past decade."