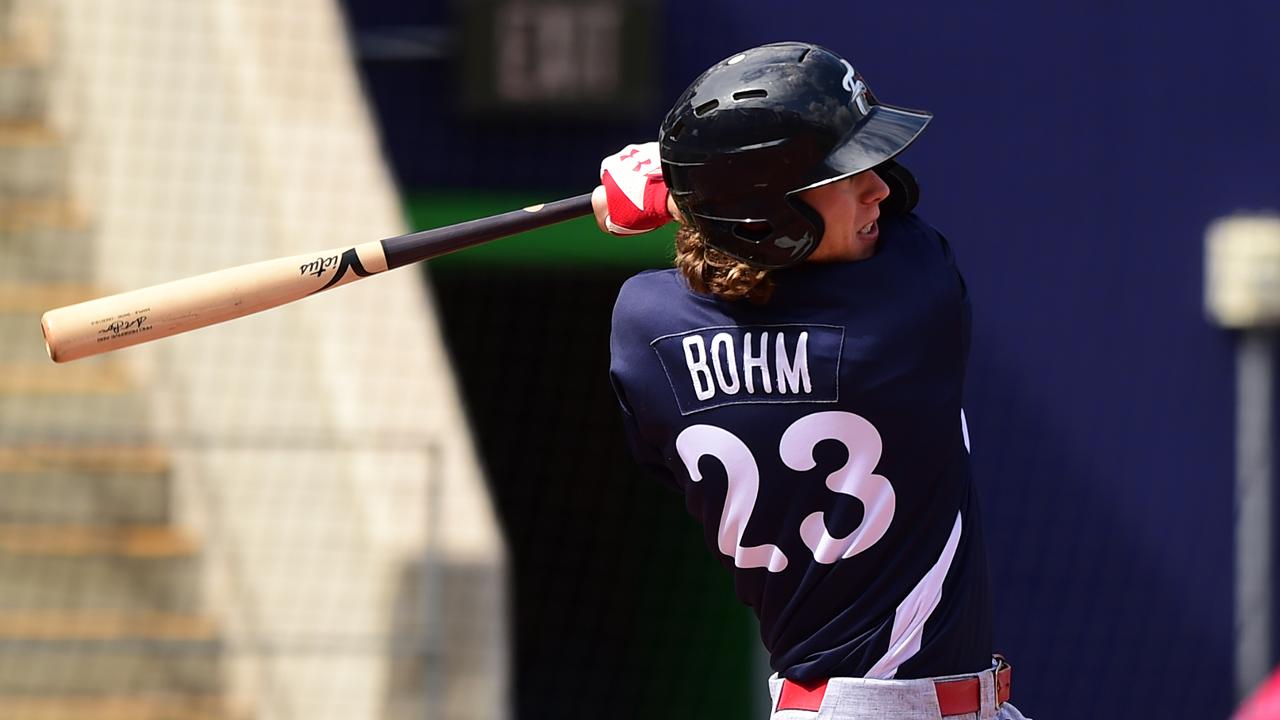 Surrounded by top-tier talent in the Arizona Fall League, it didn't take long for Alec Bohm to get into a groove.

MLB.com's No. 35 overall prospect tallied four hits, including a double, as Scottsdale held off Surprise, 8-6, on Thursday night at Peoria Stadium. Bohm drove in a pair of runs and scored once.

After playing in 125 games this season, the top-ranked Phillies prospect said the club wanted him to go to Arizona to polish his game.

"There is nothing [specific], just continue to get at-bats, face some quality pitching and work on defense -- the whole game really," he noted.

Facing right-hander Noah Bremer in the first inning, Bohm put the Scorpions on the board with a two-out double to center field that plated Philadelphia's No. 8 prospect Mickey Moniak.

Bohm led off the third frame with a single to left off right-hander Cole Uvila and lined out to center against righty Daniel Bies (0-1) in the fifth.

The 23-year-old slugger picked up his third hit -- a one-out ground-ball single to left -- in the seventh vs. righty David Lebron and scored on Joey Bart's two-bagger. It was the Giants' No. 1 prospect's third extra-base hit in two games after a two-homer showing Wednesday.

The third overall selection in the 2018 Draft wrapped up his AFL debut by lofting a two-out single to right that chased home Moniak to cap the Scorpions' three-run eighth.

With so many talented players on the rosters, Bohm said the circuit has an All-Star Game atmosphere.

"That's what it feels like, honestly," he said. "Everyone here is so talented. There are guys on the bench who haven't played yet, guys who can rake.

"Tonight, it seemed like every inning I was almost up again."

Bohm began the season with Class A Lakewood, was promoted to Class A Advanced Clearwater and finished at Double-A Reading. Named the Phillies' top Minor League Player of the Year, he batted .305/.378/.518 with 21 dingers, 80 RBIs and 76 runs scored.

"It's a great honor," he said. "It shows me that all the stuff I did in the offseason paid off. It's a long year, a lot of ups and downs. Everybody goes through that and I had a couple of stretches with 0-for-10, 0-for-15, but there weren't many thankfully."

Bradley Roney (1-0) picked up the win, yielding two walks and striking out two in 1 2/3 innings. Phillies No. 30 prospect Connor Seabold started the game, allowing one hit and whiffing five across three frames.

Bies gave up a run and four hits while punching out three in a two-inning stint.