No. 21 Angels prospect Bradish included in return for right-hander 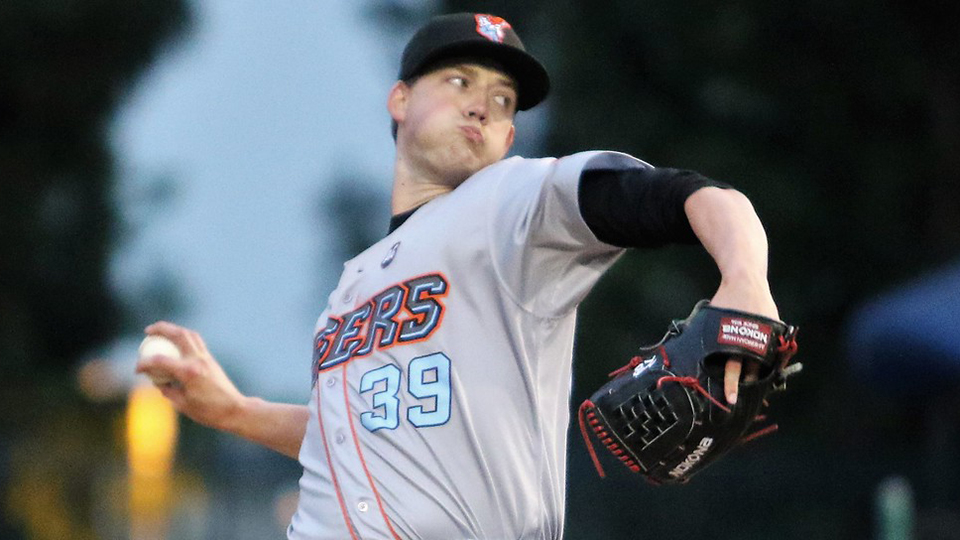 The Orioles have moved a pitcher who was once the shining star of their system, picking up four pitching prospects in the process.

Bradish is the only ranked Angels prospect to join the O's system in the swap, checking in at No. 21. The 23-year-old right-hander was a fourth-round pick in 2018 out of New Mexico State and made his Minor League debut this year, spending the entire season with Class A Advanced Inland Empire. Bradish finished with a 4.28 ERA and 1.42 WHIP over 101 innings. He fanned 102 and walked 53, placing sixth among Cal League pitchers with a 27 percent strikeout rate (minimum 100 innings). Bradish's best pitch is his fastball, which can reach the mid-90s, while his curveball, slider and changeup earn average to below-average grades. He's also been knocked for subpar control at times, but his four-pitch mix gives him at least a chance to remain a starter with his new organization.

Mattson is the only one of the other three with Minor League experience. The 2017 19th-rounder posted a 2.33 ERA, 1.01 WHIP, 110 strikeouts and 27 walks in 73 1/3 innings between Inland Empire, Double-A Mobile and Triple-A Salt Lake. He also made seven appearances in the Arizona Fall League, giving up two earned runs and fanning 12 over 10 2/3 frames for Mesa.

Peek and Brnovich have yet to make their professional debuts after being selected in the 2019 Draft. Peek was taken in the sixth round out of Winthrop; Brnovich went two rounds later out of Elon. Both were college juniors and will be pitching in their age-22 seasons in 2020.

Bundy was the fourth overall pick in 2011 by the Orioles and reached as high as the No. 2 overall in the prospect rankings. The 27-year-old right-hander became a solid pitcher for the Major League club, working at least 160 innings each of the last three seasons, and is coming off a 2019 campaign in which he posted a 4.79 ERA, 1.36 WHIP and 162 K's in 161 2/3 frames. Bundy is under team control for the next two seasons before becoming eligible for free agency prior to the 2022 campaign.