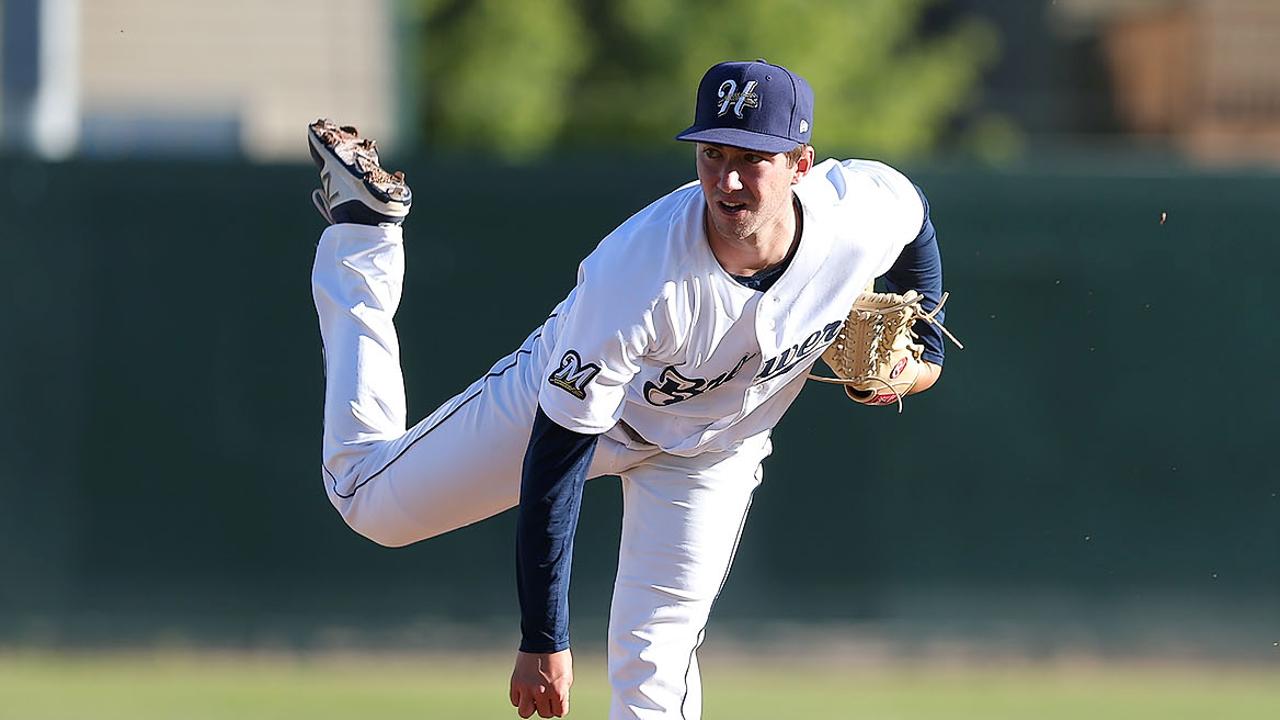 Grand Junction, CO - In search of his first win of 2018, Brewers righty Justin Bullock turned in the best performance of his young career. The former 16th round pick allowed just two hits over a career long six innings, not allowing a run in the process. Helena took the lead in the fourth and never looked back, as Bullock, Chad Whitmer, and Michael Mediavilla combined for the two hit shutout of Grand Junction, winning 5-0. The third Helena shutout of the season earned the Brewers the series split.

Bullock retired the side in order in the first on just seven pitches. After issuing a leadoff walk in the second to Grant Lavigne, Lavigne was caught stealing and Bullock faced the minimum again in the second. He didn't allow a hit until the fourth inning, a two out double to Lavigne, but got Javier Guevara to pop out to end the inning.

After Rockies starter Ryan Feltner threw up zeroes in the first three innings, the Brewers took advantage in the fourth against reliever Rayne Supple. Jesus Lujano drew a leadoff walk, and David Fry singled Lujano to second on a controversial call. It appeared that center fielder Daniel Montano caught Fry's fly ball in deep center after bobbling it, but field umpire Rene Gallegos ruled that the ball hit the wall before it bounced back into Montano's glove. Helena took advantage of the break, as two batters later, Bryan Torres skied a ball down the left field line that barely fell fair. Both runners scored as Torres ended up at second with a double. Torres later scored as Mike Alescio got himself into a two out rundown, allowing Torres to score.

Bullock issued just a two out walk in the fifth, and a leadoff single in the sixth from Hunter Stovall was erased immediately on a double play ball hit into by Coco Montes. His outing ended after six innings, with just 70 pitches on his line.

Helena added key insurance runs in the eighth, as Torres reached on a single and stole second with one out. Alescio stepped in with two out, and launched a ball over the right field wall for his first career home runs, extending the Brewers lead to 5-0.

Whitmer and Mediavilla faced the minimum over the last three innings, with the only runner to reach base coming on a leadoff walk in the seventh.

The Brewers head to Orem tomorrow for their first series of the year with the Owlz. Joel Pinto takes the ball for Helena, making his first start. First pitch is at 7:05, with the pregame show hitting the airwaves of helenabrewers.net at 6:45.