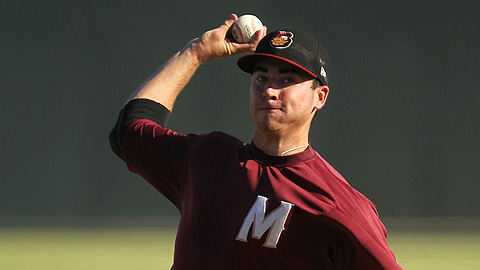 Juan Bustabad was named Manager of the Year. The Rancho Cucamonga Quake skipper is in his 15th season as a manager and is in his first season with Rancho Cucamonga. The Quakes won the Southern Division first-half title and currently have the second best overall record in the league.

Joining Bustabad is Brian Cooper who was named Cal League Coach of the Year. Cooper, the San Jose Giants pitching coach, is in his first season with the team. The Giants pitchers currently have the lowest team ERA in the league and are the only team with an ERA below 4.00 this season (3.49).

Modesto Nuts outfielder Kent Matthes was named the league's Most Valuable Player, as well as being named to the Postseason All-Star Team. Matthes, the fourth round pick of the Colorado Rockies in 2009, has hit .334 so far this season, fourth best in the circuit. He is third in the league in home runs with 23, second in doubles with 39, and has the best slugging percentage in the league.

The Nuts also have the Pitcher of the Year for the Cal League in right-hander Chad Bettis. Bettis, who was a Midseason All-Star, is only in his second year as a professional. He has been the Cal League Pitcher of the Week twice this season. The Lubbock, Texas, native is among the league leaders in wins (12), ERA (3.44), innings pitched (164 2/3) and strikeouts (175). He and Matthes have helped Modesto lead the league in wins during the second half of the season.

The Cal League Rookie of the Year award belongs to San Jose Giants outfielder Gary Brown. Brown, the first-round pick of the Giants in the 2010 Draft out of Diamond Bar, Calif., ranks third in the league in batting average with a .338 mark. The speedy right-hander leads the circuit in triples (13) and is third in stolen bases with 49.

Here are the rest of the awards and honors for the 2011 season:

About the Cal League:
The California League was founded in 1941 by a combination of Major League and Pacific Coast League clubs. The League currently has 10 teams and plays a 140-game season starting in 2011 on April 7, with the regular season wrapping up on Labor Day. Over the years, the California League has produced 14 Hall of Famers, 14 MVP winners, 17 CY Young recipients, and has 31 Rookie of the Year awards. The California League has become the premier Class A Advanced league in Minor League Baseball. You can see today's Minor League stars on their way to becoming tomorrow's Major League legends as they take the field for the Bakersfield Blaze, High Desert Mavericks, Inland Empire 66ers, Lake Elsinore Storm, Lancaster JetHawks, Modesto Nuts, Rancho Cucamonga Quakes, San Jose Giants, Stockton Ports and Visalia Rawhide.