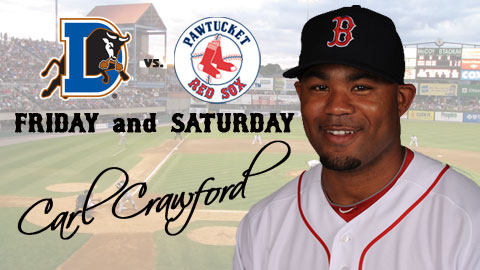 The Boston Red Sox will send OF Carl Crawford to Pawtucket for an injury rehab assignment on Friday (7:05 pm) and Saturday (6:05 pm) nights when the PawSox host the Durham Bulls at McCoy Stadium. Crawford has been on Boston's disabled list since June 18 with a left hamstring strain suffered while beating out an infield single in the bottom of the 1st-inning on June 17 vs. Milwaukee.