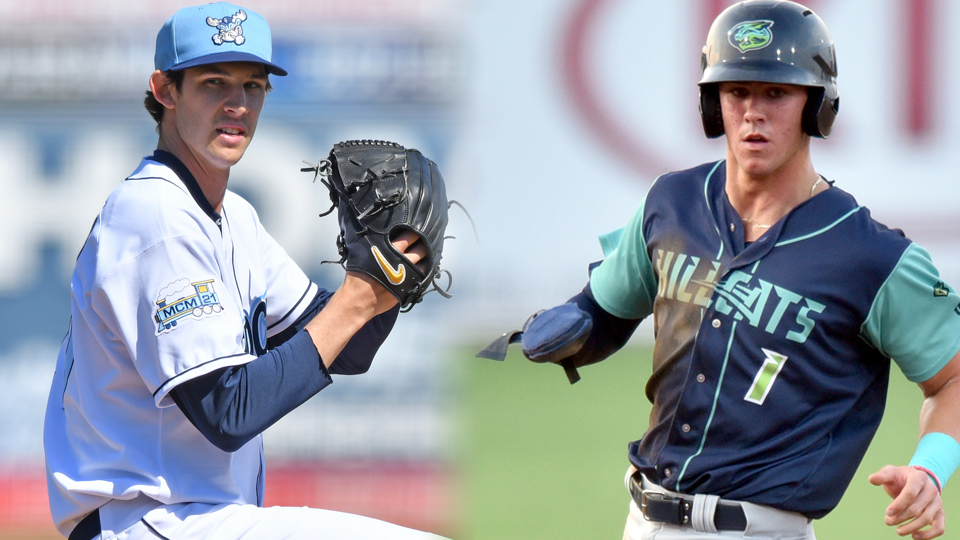 Though promotions have shipped several high-profile invitees to Double-A of late, a pair of Top-100 prospects will still be holding down the fort in Frederick at this year's Carolina League All-Star Game.

Lynchburg third baseman Nolan Jones (Indians) and Wilmington left-hander Daniel Lynch (Royals) --   MLB.com's Nos. 56 and 96 prospects, respectively -- will lead the North Division into Nymeo Field on Tuesday, June 18, to face the South Division. Fellow top prospects Nick Madrigal (No. 41) and Brady Singer (No. 46) and league batting leader Jarren Duran (Red Sox No. 9) were also named to the roster, but each has been promoted to Double-A within the past two weeks and won't participate in the Class A Advanced showcase.

Lynch's 3.09 ERA ranks fifth in the league among qualified pitchers, and he's racked up 52 strikeouts against 15 walks in 55 1/3 innings. Singer, his Wilmington teammate until May 30, led the circuit with a 1.87 ERA and allowed one home run in 57 2/3 innings before his promotion to Double-A Northwest Arkansas. The Blue Rocks are also sending Royals No. 4 prospect MJ Melendez and No. 7 Jackson Kowar (5-3, 3.76) to Frederick, along with right-handed relievers Tad Ratliff and Tyler Zuber.

Down East, Carolina and Fayetteville have the strongest All-Star representation with seven selections each. Rangers No. 6 prospect Leody Taveras ranks third in the league with 41 runs scored for the Wood Ducks and is tied for second with 18 stolen bases. Teammates Jason Bahr (5-1, 1.90) and Sal Mendez (2-0, 2.47) bring the league's second and third-best ERAs to the Southern Division roster.

Brewers No. 14 prospect Mario Feliciano will start behind the plate for the South, and he leads the league with 14 home runs, 47 RBIs and 117 total bases. Colton Shaver highlights the Woodpeckers on the roster with a Carolina League-best 22 doubles, while both his .464 slugging percentage and .834 OPS rank in the top five. Former teammate Seth Beer was also named to the roster. He hit .328/.414/.602 with nine homers and 34 RBIs in 35 games at Fayetteville before his mid-May promotion to Double-A Corpus Christi.

The host Keys will send five players to the exhibition, including Orioles No. 25 prospect Michael Baumann, who is tied with fellow Carolina League All-Star and Salem right-hander Kutter Crawford atop the strikeouts leaderboard with 73.