Indians No. 3 prospect will bring .319 career average to Hillcats 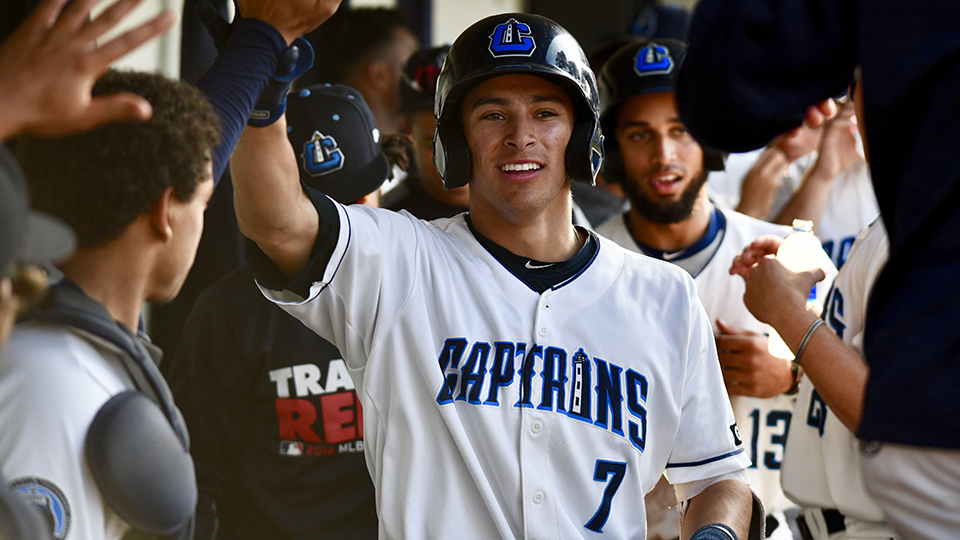 Tyler Freeman has made quick work of each level he's been assigned to as a professional since debuting in 2017. Next on his checklist -- the Carolina League.

Cleveland's No. 3 prospect was promoted to Class A Advanced Lynchburg on Tuesday night during the Midwest League's All-Star break. Freeman ended his lone half in Lake County with a .292/.382/.424 slash line and a circuit-leading 51 runs scored in 61 games.

"My emotions are really high," the 20-year-old said. "This is another step on a long road. I have to keep on working hard and this makes me want to work harder. My time in Lake County was awesome. I learned many things and I'll take that to the next level."

Freeman was the 71st overall pick in the 2017 Draft out of Etiwanda High School in Rancho Cucamonga, California. He was assigned to the Indians' Rookie-level Arizona League affiliate and debuted with a .297 average and .778 OPS in 36 games. The infielder spent last season with Class A Short Season Mahoning Valley and earned a New York-Penn League All-Star nod en route to batting .352/.405/.511 with 49 runs scored, 38 RBIs and 14 stolen bases in 72 contests.

Despite his age -- Freeman did not turn 20 until May 21 -- Cleveland placed him in the Midwest League to begin his first full-season campaign in 2019 and he didn't disappoint.

"I know the biggest thing is the mental side with a full season," MLB.com's No. 87 overall prospect said. "You have to learn how to cope with failure, and there was definitely failure this year. You just have to learn and get past that. I think that really took my game to the next level."

Freeman entered June hitting .314 with 21 extra-base hits in 47 games, although he struggled to a .216/.286/.235 stretch through 14 games this month. Despite that, the Indians decided not to keep him Class A any longer.

Moving up to the Carolina League will present another challenge for Freeman, who plans on facing those obstacles head on in the most enthusiastic way possible.

"You want to be positive playing baseball all the time," he said. "When you have negative energy, sometimes it rubs [off] on your teammates. You want to have a positive influence anywhere you go. In Lynchburg, I'm going to bring positive energy."

Michael Avallone is a contributor to MiLB.com. Follow him on Twitter @MavalloneMiLB. MiLB.com's Curt Rallo contributed to this report. This story was not subject to the approval of the National Association of Professional Baseball Leagues or its clubs.