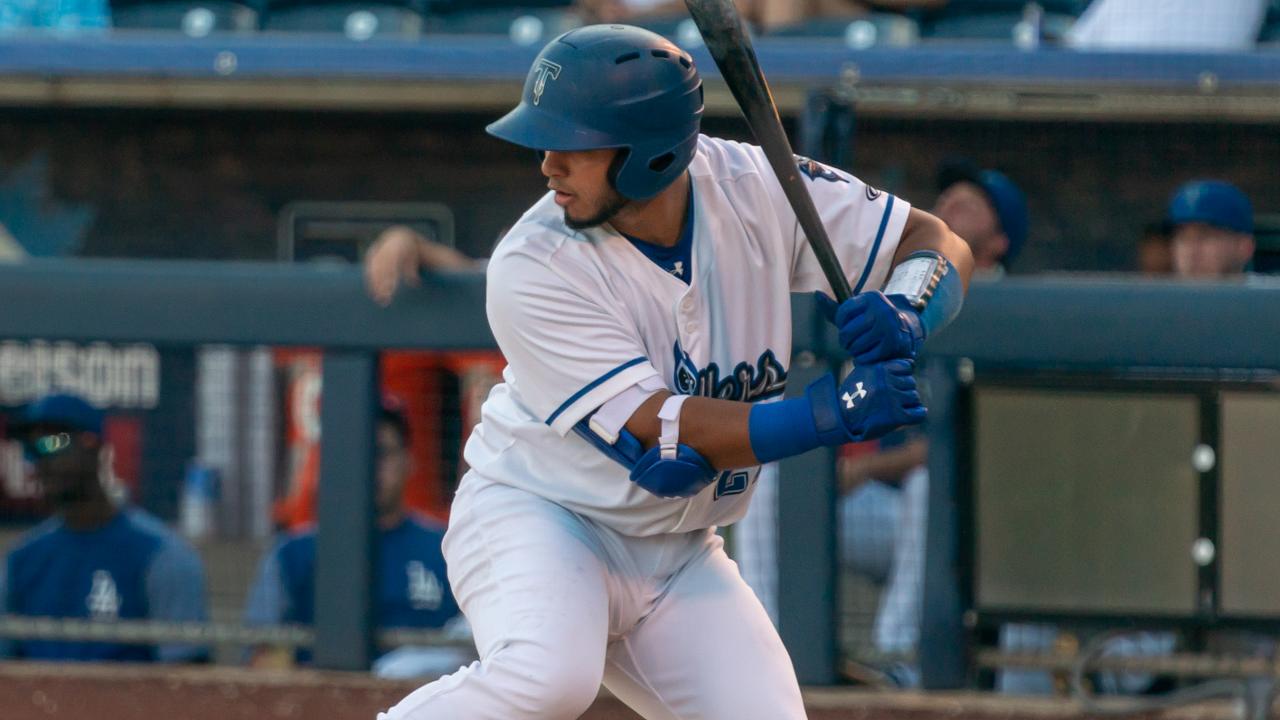 Keibert Ruiz hit .262 with 16 homers and 72 games in 177 games with Double-A Tulsa over the past two seasons. (Tim Campbell/MiLB.com)

Keibert Ruiz is one step closer to the big leagues.

The top Dodgers prospect was promoted to Triple-A Oklahoma City on Sunday after putting together a .254/.329/.330 slash line with four homers and 25 RBIs in 76 games with Double-A Tulsa.

"I'm not sure you could ever expect anybody to do [what he's done at his age]," Dodgers assistant general manager Brandon Gomes told MiLB.com's Chris Bumbaca in March. "Obviously, we were hoping that he was going to be a high-quality player. The bat-to-ball, the advanced knack for finding a barrel and just getting hits is pretty impressive."

Behind the plate, Ruiz possesses a 55-grade glove and 50-grade arm, according to MLB Pipeline. Over five professional seasons, MLB.com's No. 27 overall prospect has thrown out 104 of 416 would-be base stealers.

"To be that young and to have that skill set behind the plate and in the box is special," Gomes said.

With the addition of Ruiz, Oklahoma City is home to eight of the Dodgers' top 10 prospects, including the entire top five (Ruiz, Gavin Lux, Dustin May, Will Smith, Tony Gonsolin).