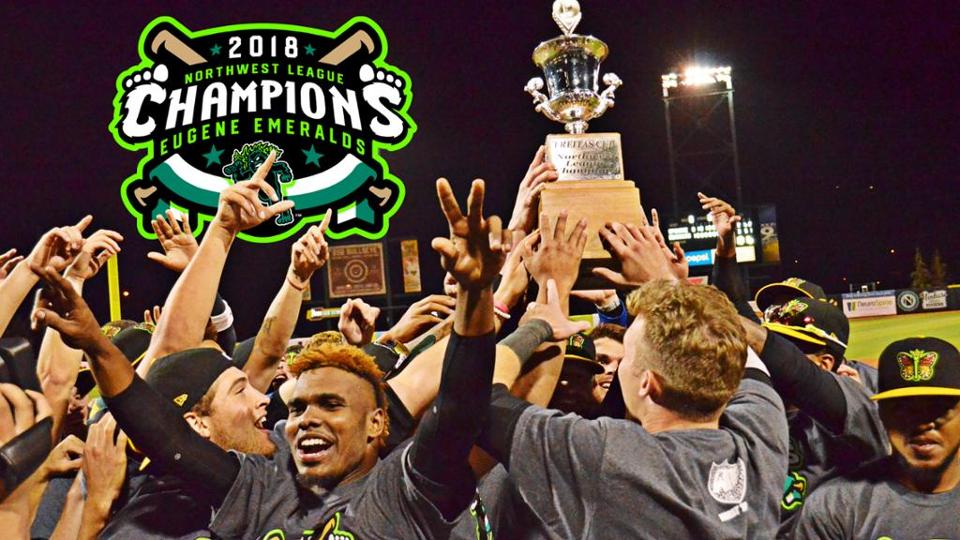 The award has been presented since 1966 and is named after Hall of Famer Leland Stanford "Larry" MacPhail Sr., who introduced innovations such as night baseball, airplane travel, pension plans and batting helmets. The Emeralds will receive their award at the Baseball Winter Meetings Banquet on Sunday, Dec. 9, at the Mandalay Bay Resort and Casino in Las Vegas, Nevada. The Emeralds are the first Northwest League team to win the award since its inception.

"The Larry MacPhail Award is the most sought-after achievement in Minor League Baseball and we are so proud of our great staff led by Allan Benavides," said Emeralds Owner D.G. Elmore. "Winning this award is not just an award for the Emeralds and the Elmore Sports Group, but also for what is possible in a smaller market and Short Season baseball through creative thinking and hard work."

"We are so honored to be the first Northwest League team to win this award, as this league has some of the best operators and owners in all of Minor League Baseball. After being nominated for several years, to finally win the award is just tremendous," said Benavides. "Our staff works tirelessly year-round to keep our brand top of mind and our fun, sometimes experimental, promotions would not be possible without all the fun and creative colleagues we have in this industry whom we continue to learn from each and every year."