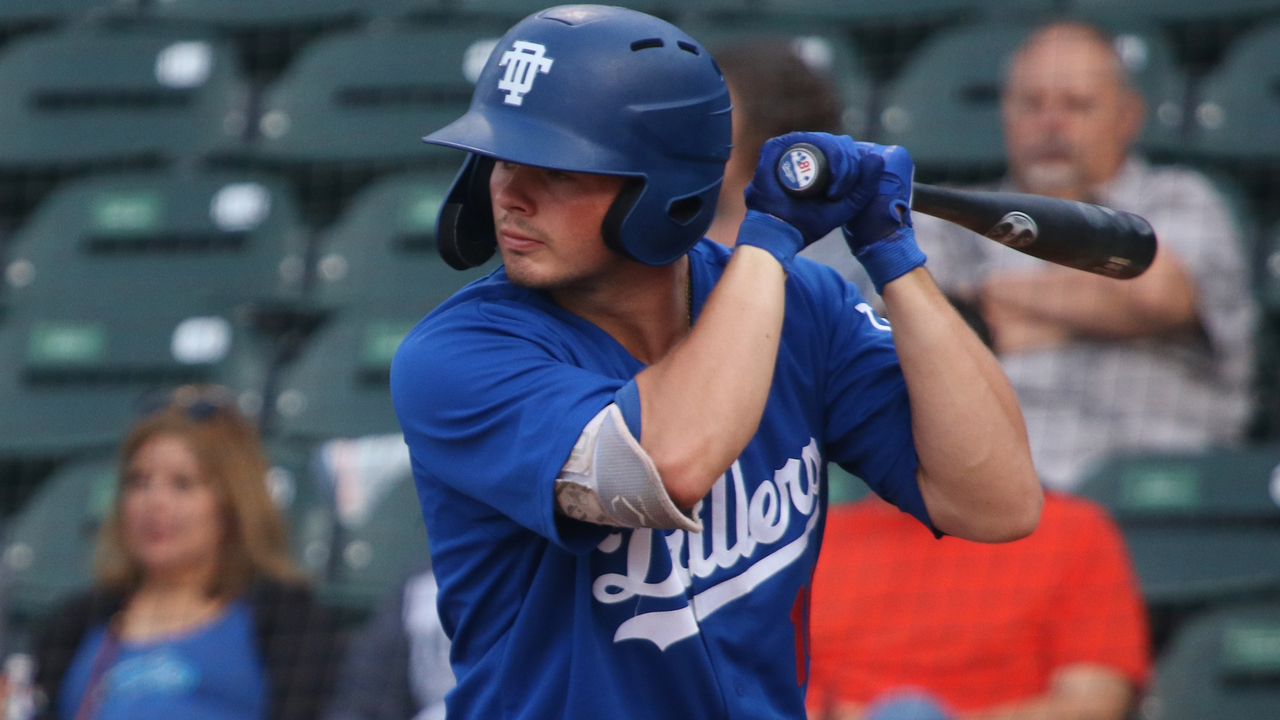 On Monday, eighth-ranked Dodgers prospect Mitchell White got first billing for the Double-A Drillers for his work on the mound. One night later, Gavin Lux took another turn in the spotlight at the plate.

Los Angeles' No. 3 prospect homered for the fifth time in his last four games, scoring three times and walking twice to help lead Tulsa to an 8-5 comeback win over Corpus Christi at ONEOK Field.

"Pitch to pitch, at-bat to at-bat, I'm just trying to think a pitch ahead or two pitches ahead what guys might try to do," Lux said of his early success at Double-A, where he finished last season. "Certain guys set pitches up for the next pitch. I'm just thinking more pitch to pitch during an at-bat and sticking to my approach and gameplan that I have depending on the pitchers going into the games."

After earning a free pass to lead off the first inning, Lux belted his eighth long ball to right field on a 2-2 pitch from Astros No. 15 prospect Brandon Bielak to start the bottom of the third. Coming off his first multi-homer game of the season Monday, the shortstop already has doubled his 2018 Double-A home run total in four fewer games than the 28 he played with Tulsa a year ago.

"It's always a good feeling when you get the ball to go over the fence," he said. "For me, though, looking for pitches in certain spots, if you get it, don't miss it. if they make a mistake over the middle of the plate, at this level you can't miss it. Being down two strikes early, you've got to fight, that whole deal. Just mainly I'm trying to capitalize on mistakes and not missing pitches that I'm looking for."

Baseball's No. 65 overall prospect then helped spark a rally in the seventh. With his team trailing, 5-3, Lux drew a two-out walk off right-hander Gabriel Valdez, the first of six straight Drillers to reach. Four crossed the plate in an inning highlighted by a three-run homer from Zach Reks, who finished with five RBIs.

Tulsa's lineup was one of the most intriguing in the Minor Leagues entering the season with Lux, top Dodgers prospect Keibert Ruiz, and 10th-ranked DJ Peters on the roster. It's a group that has energized Lux.

"Everyone on this team can hit," he said. "You can just look at the stat lines. Hitting's contagious. If one guy hits, everyone's going to hit. Just this whole team, being around every day, everyone's pushing each other to get better. It's a really good environment and everyone's hitting. For me being a leadoff hitter, trying to set the tone, they make my job way easier when one through nine, everyone's raking."

This year, Lux has been held hitless just four times. The past four games boosted his slugging percentage 133 points to give him a slash line of .307/.354/.604, and the 21-year-old has an idea of how to keep his recent surge going.

"I try to keep the same cage routine, flips every day and doing drill work, feeling the right movement and the right feels that I know work for me," he said. "Everybody's different obviously, but I think it's just repeating that feel and then whatever feels good, trying to keep that feel, not trying to get so tied up in everything, all the bad stuff. Just try to lock in on the good stuff. It's easy to look at the bad things, but certain times, when it feels good, you just try to keep that feeling."