Why are they doing this? By way of explanation, the BlueClaws have issued -- what else? -- a Top 10 list:

10. We had no other good ideas.
9. We wanted to do more Top 10 lists.
8. Something to talk about besides deflated footballs.
7. One of our ushers went to Ball State... Go Cardinals!
6. Stupid Pet Tricks between innings.
5. He is retiring... not that complicated folks!
4. More fun than using May 22nd game to celebrate birthday of Sir Laurence Olivier
3. If Derek Jeter was honored in 30 Major League ballparks, Letterman deserves one Minor League ballpark.
2. It's Buster's favorite show.
1. Leno was unavailable.

"[The Late Show with David Letterman] is our office's favorite late-night show," said BlueClaws marketing and sponsorship services manager Zack Nicol. "We wanted to get him out to the ballpark to honor him for the night, so we did a campaign called 'Letters to Letterman.' We had a table out on the concourse, so fans could make their own Top 10 lists about why Letterman should come to the game." Though the BlueClaws failed to secure an appearance by the notoriously reclusive talk show host, they are currently hard at work on the next best thing: getting a guy with the name of David Letterman to throw out the first pitch. Meanwhile, BlueClaws director of community relations Jim DeAngelis will dress up as Letterman and preside over a replication of the "Late Show" set on the concourse.

"There will be a lot of stuff going on," said Nicol. "We'll have players reading various Top 10 lists, and the [videoboard] headshots will have the 'Late Show' cityscape background. We're also working on getting Ed Sullivan Theater banners at the gates."

And what would a David Letterman-themed promo be without stupid pet tricks? For this, the BlueClaws are going to improvise.

"We couldn't have pets in the ballpark, so we're using some of our character mascots instead," said Nicol. "They'll be jumping through hula hoops and doing handstands."

If Derek Jeter can embark upon a prolonged farewell tour, then why can't a Minor League mascot? That's the reasoning behind "Steamer's Last Ride," beginning Wednesday at the Portland Sea Dogs' home of Hadlock Field. Steamer -- big, green and oddly proportioned even by mascot standards -- announced his retirement in April and is now serving out his 16th and final season with the Altoona Curve. In addition to entertaining the crowd at home games, the "Last Ride" tour will take Steamer to all Eastern League ballparks over the next three months. While on the road, Steamer will "search for the very best ideas to entertain Curve fans." The implementation of said ideas will be part of his post-retirement role as Curve CFO (Chief Fun Officer).

The Power's annual "Redneck Night" promotion revels in West Virginia backwoods stereotypes -- previous editions have included bluegrass concerts, mason jar giveaways, a redneck wedding and a "Redneck Sushi Shack" concession stand (featuring Spam and hot bologna). Saturday marks the fourth edition of this beloved occurrence. Highlights include a team-logo camo hat giveaway and appearances by the cast of History Channel's Appalachian Outlaws, but the main focus is on the music. The Davisson Brothers are performing both before and after the ballgame, and three aspiring performers will sing for the crowd between innings as part of an ongoing "Redneck Idol" contest. Fans can vote for their favorite, with the winner receiving two tickets to every remaining game and four hours of studio time. 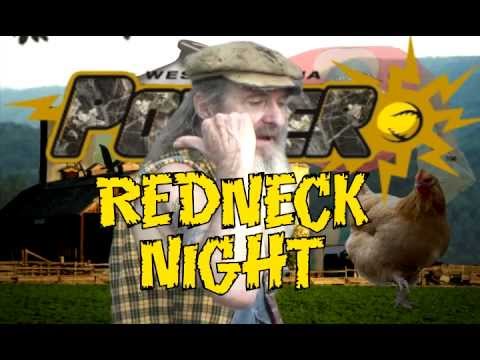 On Memorial Day, the Express are putting a personalized twist on the now-familiar Military Appreciation theme jersey. Instead of going the usual camo route, the team asked fans to submit the names of soldiers or veterans who should be honored. At least 200 of these names will be emblazoned on the jersey itself, encompassing it in its entirety. The jerseys will be auctioned off following the ballgame, with proceeds split between the Guardian for Heroes Foundation and Base Camp 40 (Warriors in the Wild).

Because this compendium needs an addendum, here is a brief roundup of even more notable promotions taking place this week.

May 19-22: During their homestand, Fort Myers Miracle staff will oversee an "inflator station and inspection" in order to ensure that "all game balls are properly balanced, maintained and fit for regulation play." Take that, Tom Brady.

May 21: The Fresno Grizzlies unveil the mutant concession item known as "The Frankenslice" (read all about it on Cut4). … Some 25 years after his mistreatment by the Springfield police department, Steve Sax visits the Lancaster JetHawks.

May 22: Former Major league slugger Jose Canseco visits the Lexington Legends, challenging all comers in a pregame home run derby. … The West Michigan Whitecaps give away a "Multi-Tool Spatula." There's a bottle opener in there somewhere.

May 23: The Harrisburg Senators change their name to "Mayflies" on "What If Night?" honoring the insects that get electrocuted by the thousands during every home game. … the Half Pint Brawlers bring their brand of midget wrestling to the New Orleans Zephyrs game. … It's "Star Wars Night" in Scranton/Wilkes-Barre, so the RailRiders are giving away "Vader Bobble-Waists" modeled after their mascot Champ. That makes sense, right?

May 24: The Olate Dogs, a canine trick act featured on America's Got Talent, visit the Louisville Bats.

May 26: The Binghamton Mets stage "Razzies Night," in honor of the worst that the film world has to offer.