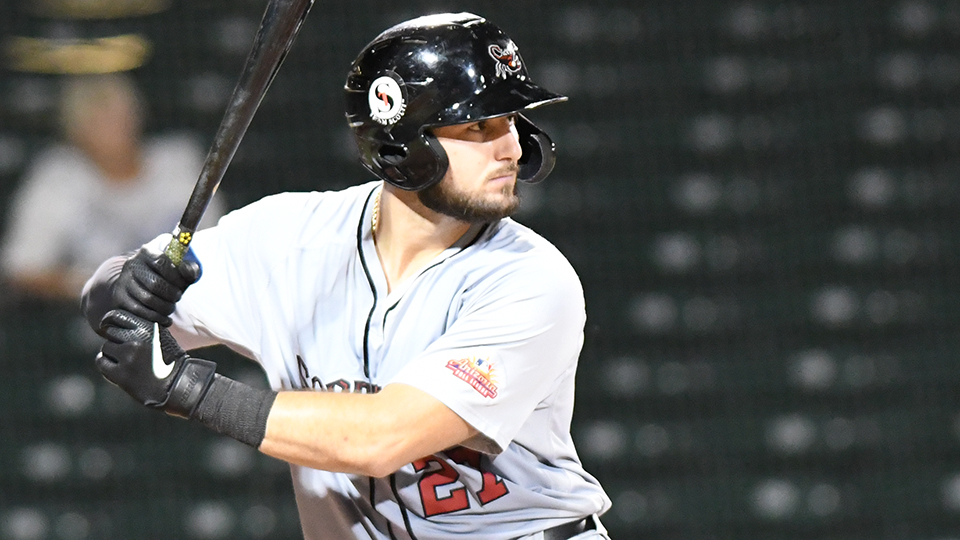 Top Giants prospect Joey Bart sustained a non-displaced fracture of his right thumb in Arizona Fall League play, the team announced Wednesday. Surgery is not needed and the second overall pick in last year's Draft is expected to fully recover in four to six weeks.

Bart exited Tuesday night's game between Scottsdale and Peoria after being hit on the hand by a 96 mph fastball in the bottom of the sixth inning. He missed six weeks early in the regular season after being hit by a pitch on his left hand. Six months later, the young backstop has been dealt an unfortunate case of déjà vu.

Here's a look at the pitch that fractured the thumb of #SFGiants top prospect (#MLB No. 19) Joey Bart. https://t.co/PmRTagGmUC pic.twitter.com/6X2gwdmDpP

Bart led off the sixth for the Scorpions, taking a strike and fouling off another pitch against Pirates No. 28 prospect Blake Cederlind. The right-hander then came up and inside, drilling Bart's hand as he flinched backwards. He threw down his bat, hunched over in pain and cradled his hand before stepping back out of the box.

I want to thank the Scottsdale Scorpions and the @MLBazFallLeague for some great memories I'll never forget. Unfortunately things happen in this game, but it's all part of the journey. Time to heal up and get locked in for #ST2020 @SFGiants

It wasn't the first time Bart was plunked as MLB.com's No. 19 overall prospect took a slider from fifth-ranked Red Sox prospect Tanner Houck off his left hip in the fourth inning. He scored three batters later on a single by Braves No. 11 prospect Greyson Jenista.