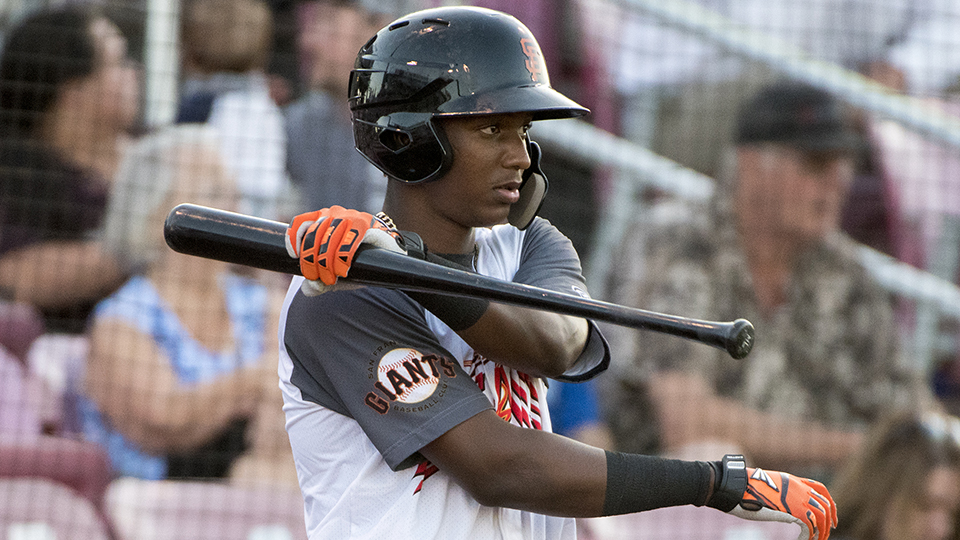 According to a tweet by the team, Luciano has a strained right quadriceps, while Bishop has turf toe on his left foot. It's not known how long each player will be sidelined. The Volcanoes will participate in the Northwest League playoffs after winning the first-half South Division title.

Luciano has not played since Wednesday, when he left for a pinch-runner after doubling in the third inning of a rain-shortened 6-1 victory over Boise. The 17-year-old got off to a slow start following a promotion from the Rookie-level Arizona League but is 6-for-21 during a five-game hitting streak that's boosted his slash line to .212/.316/.333 in nine Northwest League games.

Bishop, ranked six spots below Luciano among MLB.com's Top 100 Prospects, spent a week in the AZL before joining Salem-Keizer on July 17 and homering in his Northwest League debut.

"I was expecting a lot coming into pro ball, but it's the same game we've always been playing," he said that night. "I just try to slow it down as much as I can."

Selected 10th overall in this year's Draft out of Arizona State, he has not played since Monday. Like Luciano, the 21-year-old was in the midst of his best stretch with the Volcanoes, going 5-for-12 with a pair of homers to bump his slash line up to .224/.427/.400.