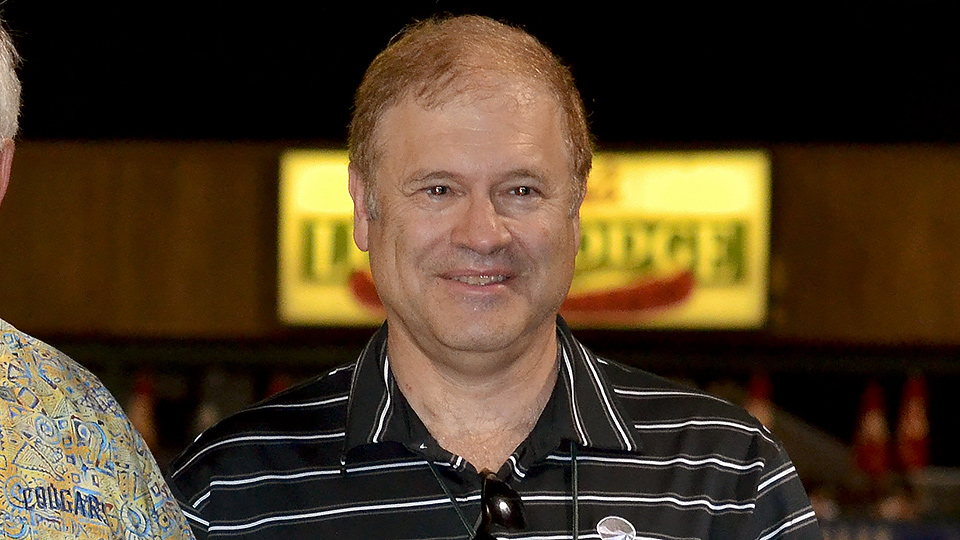 Dick Nussbaum has been involved with the Midwest League since 1993. (Paul R. Gierhart/MiLB.com)

The Warren Giles Award has been presented annually since 1984 and is named for the long-time baseball executive who served as the National League president from 1951 to 1969. Nussbaum will receive his award at the Baseball Winter Meetings Banquet on Sunday, Dec. 9, at the Mandalay Bay Resort & Casino in Las Vegas, Nevada.

"Warren Giles was known for his love of the game, and he led at a time when the inclusion and diversity found in the National League caused it to consistently be the dominant League in Major League Baseball," said Nussbaum. "I accept this award as a challenge for me to do the same for the Midwest League while at the same time being a good partner in all the joint efforts of Minor League Baseball through my fellow Presidents; the Board of Trustees; and the outstanding Minor League Baseball staff led by Pat O'Conner. Those efforts have and will continue to make our industry a needed and welcome respite from the challenges of modern life. I thank my wife Mary Pat for her support and encouragement which makes me a better person and President. I thank the Midwest League, especially its owners and staffs, who challenge me every day by their examples of excellence. I see this award as evidence of the strength of the Midwest League with the best yet to come. Finally, I thank our God who has blessed me way beyond what I deserve."

Prior to taking over as president of the Midwest League, Nussbaum was the City of South Bend City Attorney, General Counsel to the Lieutenant Governor and Special Counsel to the Governor of the State of Indiana while the former owner of the South Bend club, Joe Kernan, was Mayor, Lieutenant Governor and Governor. Nussbaum has served as Midwest League General Counsel since 1993 and assumed the role of President on January 1, 2015 succeeding President Emeritus George Spelius after his distinguished 28 year run as league president.

Nussbaum and his wife, Mary Pat, have three children and six grandchildren and reside in South Bend, Indiana, where he is a partner at the law firm of Sopko, Nussbaum, Inabnit & Kaczmarek.