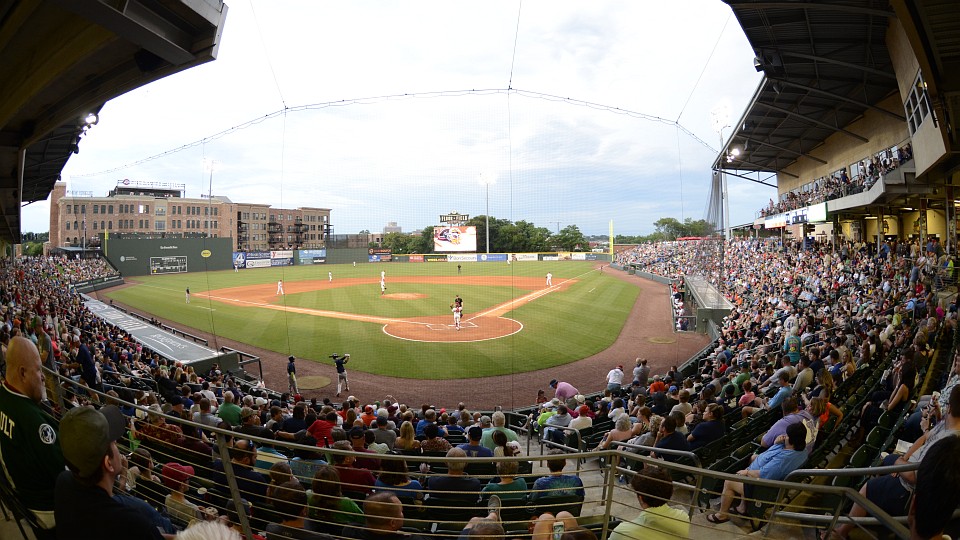 The John H. Johnson President's Award has been presented annually since 1974 to honor the complete baseball franchise. The award's criteria are based on financial stability, contributions to league stability, contributions to baseball in the community and promotion of the baseball industry. Greenville's selection marks the first time a South Atlantic League club has won the award.

Since the privately funded Fluor Field opened in 2006, the Drive have been a model of consistency in the South Atlantic League, averaging nearly 335,000 fans per year and helping to spur an economic resurgence in the area surrounding the ballpark, known as Greenville's Historic West End.

Drive Owner and President Craig Brown has made over $16 million worth of renovations to the ballpark, creating high-end seating and party areas, including the popular Rooftop at Fluor Field and the Green Monster Seats above the left field wall. Outside the gates, within a half-mile of the ballpark, 81 retail businesses and 61 restaurants have been established since Fluor Field first opened its gates.

"When we broke ground on Fluor Field more than 12 years ago, we set the goal to become the most complete organization in Minor League Baseball -- being a part of the fabric of the Upstate Community, building strong relationships with industry leaders, and priding ourselves on providing our fans with family-friendly, affordable entertainment that will create everlasting memories," said Brown. "We always strive to make our organization, Fluor Field, and the Upstate better each year, and the Johnson Award is an incredible honor that recognizes our staff, community, and ballpark for the sustained success that we've been fortunate to have."

In addition to the Drive's accomplishments at the ballpark, the club has established successful community, education, youth development and workforce development programs designed to engage and make an impact on the Greenville community, which helped the Drive claim the South Atlantic League Club Merit Award in 2017 and the league's Marketing Excellence Award in each of the last four seasons.

"The ownership and staff of the Greenville Drive have done a fantastic job of attracting fans to beautiful Fluor Field over the last 12 years, and their continued emphasis on community, education and youth development programs help make them a model franchise in Minor League Baseball," said Minor League Baseball President & CEO Pat O'Conner. "The fact that they have spent over $16 million on upgrades to a ballpark that was privately funded to begin with, and brought over 100,000 people to the ballpark for non-baseball events shows their level of dedication to their city. This award is an acknowledgement of their efforts to be a great community partner and I congratulate them on a job well done."

"At our fundamental core, we have always strived for the Greenville Drive and Fluor Field to be a pillar of the Upstate Community -- an organization and venue that community and business leaders can utilize as an extension of their platform and messaging," said Drive General Manager Eric Jarinko. "Out of 160 teams, to be named Minor League Baseball's John H. Johnson President's Award recipient is very humbling, and also proves that the Drive's impact has been much greater than just baseball. This award is a total team effort across the board, from the Drive staff -- both Front Office and Game Day staff -- to our partners, ticket plan holders, fans and the entire Upstate Community. Without the strong relationships and commitments that have been forged over the past 12 years, this sustained success would not be possible."