On the Road: Ed Montana comes around 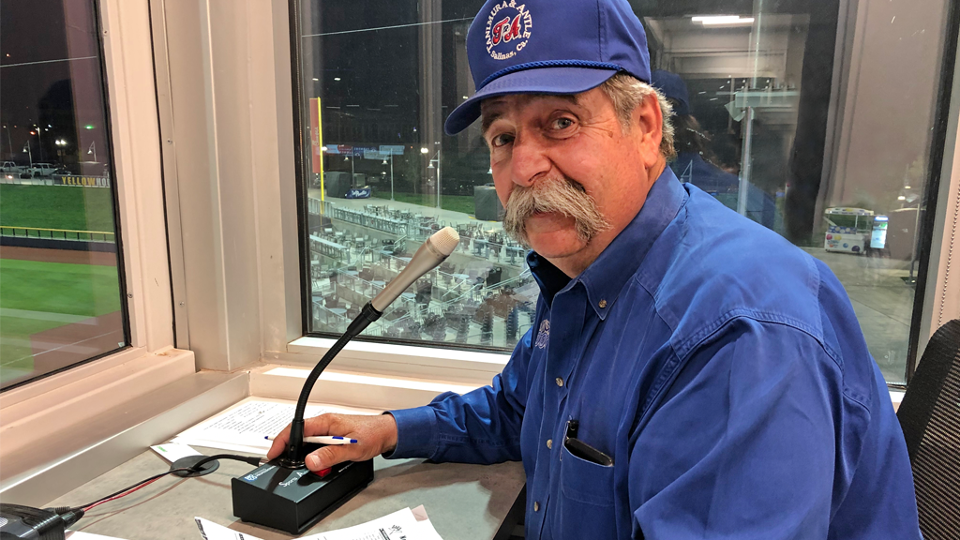 His name might suggest allegiance to a state much farther north, but Ed Montana is a Texas man through and through.

Montana, a resident of Amarillo for nearly four decades, is an archetype of the Lone Star State: boot-wearer and guitar player; entertainer at, and promoter of, barbecues and rodeos; supporter of the military; proponent of traditional conservative values. Less than two years ago, Montana had no idea what a Sod Poodle was. Last year at this time, he was on the record stating that Sod Poodles was a ridiculous name for Amarillo's Minor League Baseball team name.

It's been an emotional journey.

The Sod Poodles play at HODGETOWN, in downtown Amarillo

Montana is not from Texas, nor is he from Montana. He was born outside Detroit, in Selfridge Air Force Base, where his father was stationed. He's a life-long baseball fan who, in 1968, attended 51 Detroit Tigers games with his father and grandfather. He grew up playing country music with his father as well. Country music -- specifically, playing the professional rodeo circuit on behalf of the Coors Brewing Company -- is what eventually led him to settle in Amarillo. He's still heavily involved in the rodeo world, often working as an emcee in addition to providing musical entertainment.

"I play traditional country music," said Montana, who regularly releases country albums under his own name. "Steel guitar. Twin fiddles. A lot of Texas swing. We do waltzes, even throw in a polka or two. As you can tell, I'm no spring chicken and I don't wear skinny jeans with sparkles on the back pockets. So it's real country music."

Montana likes real country music and real Minor League Baseball. He says his Amarillo baseball memories date back to watching Mark "The Vulture" Lee pitch for the Amarillo Gold Sox, a Texas League team that left town after the 1982 season.

"After that it was a dry spell," he said. "There were several attempts to get different teams and things, but it just never seemed to work out."

It never worked out until, well, it did. In May of 2015, Amarillo voters approved a non-binding referendum to build a new downtown Minor League ballpark. This set in motion a series of events, culminating with HODGETOWN opening in April of this year.

"Hallelujah!" said Montana, of his reaction to learning that Minor League Baseball would be returning to Amarillo. "Now we're gonna have real baseball here."

When a "Name the Team" contest was announced, Montana submitted names that he felt reflected the character and culture of Amarillo and the Texas Panhandle region.

"I sent in 10 or 12 names," he said. "The Strikers, the Roughriders, things that tie in with the wind and the plains. And then one day, after months went by, the team said, 'OK, here's our top five. Vote on these top five.' I read 'em and I thought, 'You gotta be kidding me. Sod Poodle? What in the hell is a Sod Poodle?"

Montana soon asked that question in a song, albeit with the mild profanity removed, during his weekly Tuesday morning segment on Amarillo's KDFA NewsChannel 10.

What is a Sod Poodle?
Yeah, I said Sod Poodle
Do they live down in the desert or way down in the swamp?
I even looked on Google
I couldn't find Sod Poodle
Well, like it or not
I guess that's what we've got

And if there's one thing Amarilloans know, it's prairie dogs.

"Prairie dogs, we do have them by the coterie -- that's a group of them," said Montana. "We have herds of the little buggers. They're everywhere."

As the months went by, Montana found that not only was he tolerating the Sod Poodles name -- he actually liked it.

"Repetitiveness. You keep saying the name. It's awesome," he said. "And then the way they marketed it, and introduced the mascot, RUCKUS. Who couldn't love RUCKUS? Everyone wants to meet him and shake his hand. And then, all you have to do is research Double-A baseball a little bit. [Sod Poodles] is a pretty calm name in comparison.

"It's amazing, and the whole community here in Amarillo -- 198,000, 200,000 people -- have embraced it. There are still a few soreheads, going [purposefully unintelligible grumbling]."

Montana's gradual Sod Poodles epiphany eventually led him to become a Sod Poodle himself, of sorts.

"[The Sod Poodles] announced they would be holding auditions for PA [announcer], for on the field, for all the different things," he said. "I went down to sing, to audition for the National Anthem. ... I got a call back, 'Hey we want you to do PA announcing.' So I went up and read a script that [video production manager] Joe [Corbisiero] had and, well, I guess everything happens the way it should happen."

So now that it's all been said and done, initial Sod Poodle opinions amended or rescinded, Ed Montana is up in the HODGETOWN press box providing a not-insignifcant aspect of the in-game entertainment.

"Announcing rodeos, there's no script," he said. "Here, it's tightly scripted because you only have so much time between innings, but the ad-lib part is what I really enjoy. ... It's having fun, because our job is to entertain the people that paid the money to come in. The players are doing their job, playing exquisite baseball, and the the facility is second-to-none."

Perhaps with a little tweaking, Montana's next words could form the basis of another country song.