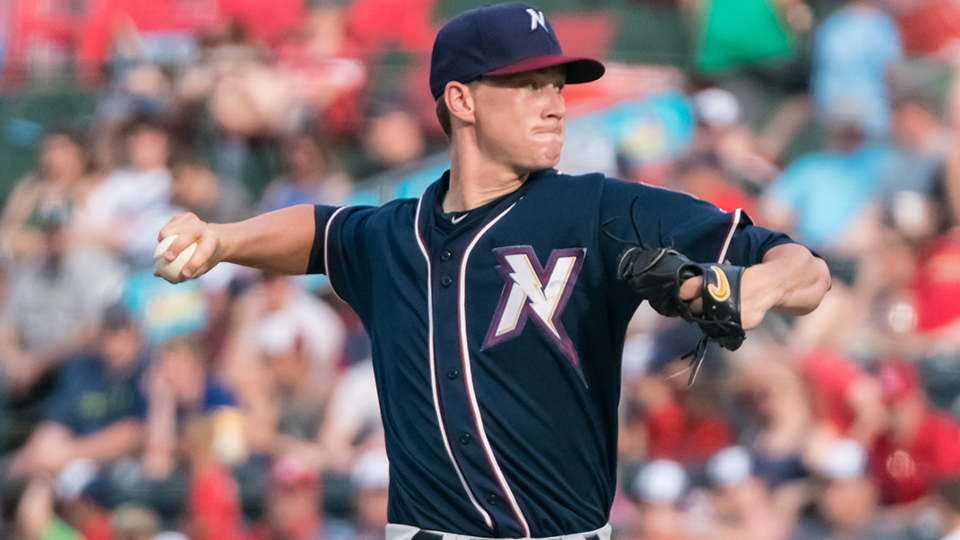 After a hamstring injury kept him off the field in 2018, Singer made his pro debut last summer. The 23-year-old right-hander went 12-5 with 2.85 ERA, 138 strikeouts and 39 walks in 148 1/3 innings across 26 starts for Class A Advanced Wilmington and Double-A Northwest Arkansas. Singer, who is ranked as MLB.com's No. 52 overall prospect, sports two plus pitches in his fastball and slider, along with a changeup that is rated average.

Selected 16 picks after Singer, Lynch came out strong in his pro debut, but was plagued by a shoulder injury in his sophomore campaign. The 23-year-old southpaw has used a four-pitch mix to go 11-3 with 2.50 ERA, 157 strikeouts and 37 walks in 147 2/3 frames over 32 pro starts. Lynch started and finished last year with Wilmington.

MLB.com's No. 69 overall prospect made up for some of that lost time in the Arizona Fall League. Playing for the Surprise Saguaros, Lynch notched 19 punchouts and four walks in 14 innings.

Kelsie Heneghan is a reporter for MiLB.com. Follow her on Twitter @Kelsie_Heneghan. This story was not subject to the approval of the National Association of Professional Baseball Leagues or its clubs.