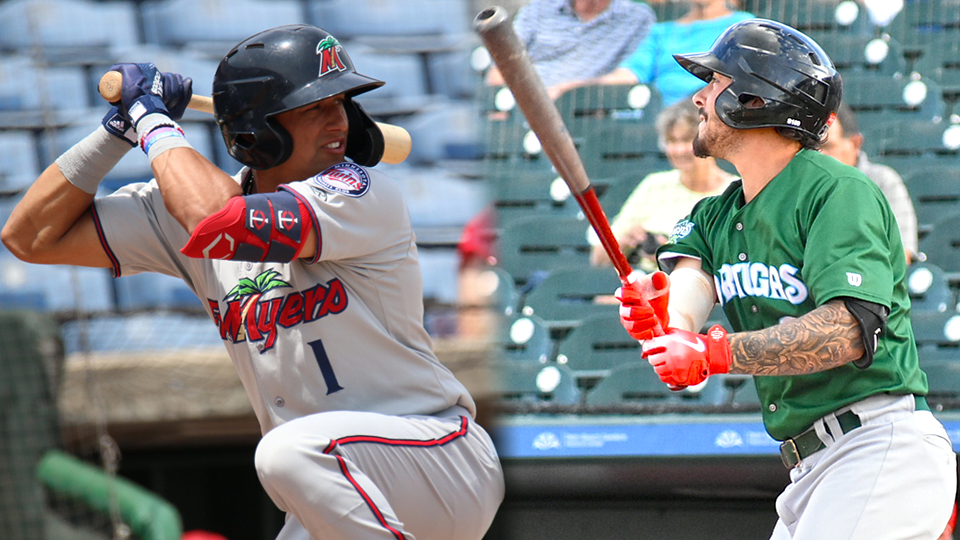 The Twins' Royce Lewis will play for the South Division; the Reds' Jonathan India will lead the North. (Joshua Tjiong/MiLB.com; Tony Capobianco)

FSL president Ken Carson released the rosters for the June 15 exhibition at Roger Dean Chevrolet Stadium, with Lewis, India, Travis Swaggerty, Trevor Larnach and Vidal Brujan among the most recognizable names slated to make the trip.

Lewis, the No. 7 overall prospect in baseball, leads a group of eight Fort Myers players headed to the All-Star Game. Lewis' South Division squad will also be managed by Miracle manager Toby Gardenhire, while Daytona skipper Ricky Gutierrez is penciled in to manage the North team after the Tortugas and Miracle met in last year's league championship series.

India, MLB.com's No. 49 overall prospect, was the Reds' first-round pick last summer out of the University of Florida. He's felt at home back in the Sunshine State this season, hitting .266 with six home runs, 18 RBIs, 19 walks and 28 runs in 42 games with Daytona.

Swaggerty, 21, is batting .253 with three longballs and 13 RBIs and seven steals in 39 games with Bradenton. The center fielder was Pittsburgh's first-round selection in last year's Draft before being named a New York-Penn League All-Star last summer.

Larnach, the Twins' first-round pick last year out of Oregon State, has a .281 average with a pair of homers and 23 RBIs in 42 games with Fort Myers. Brujan, a switch-hitting Rays infielder with Charlotte, is batting .293 with a homer and 14 RBIs in 38 games a year after he was voted a Midwest League All-Star and one of MiLB.com's Rays Organization All-Stars. The 21-year-old hit .313 with 41 RBIs last year across two levels.