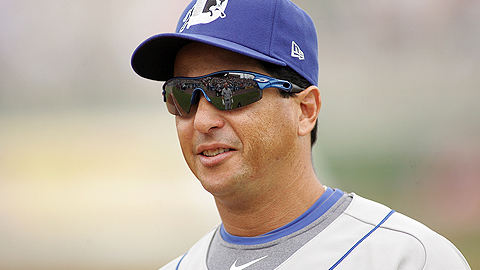 The pair will be honored with Minor League Baseball's four other major award winners during the Dec. 7-10 Baseball Winter Meetings™ in Indianapolis, Ind.

The Bender Award is presented to someone with distinguished service who has been instrumental in player development. For the past 18 seasons, Lieppman has been responsible for assigning, developing and evaluating Oakland's Minor League players as their director of player development. He is also in charge of coordinating the field instruction throughout their farm system.

"I am humbled and appreciative for being selected for this award," said Lieppman. "I had the privilege of knowing and working with Chief Bender and respect all that he presented and brought to the game. It is an honor to be associated through this award with such a man of integrity and the numerous accomplishments he has achieved."

"We are extremely proud that Minor League Baseball is recognizing Keith Lieppman as this year's recipient of the Chief Bender Award," said A's vice president & general manager, Billy Beane. "His consummate professionalism and dedication to the development of young baseball players has been a cornerstone of this organization for nearly four decades. Receiving this much deserved award, named for a highly respected figure in our business, is a testament to Keith's unparalleled record of service with the A's."

Lieppman has been with the A's organization for 39 years, since beginning his baseball career as a player in Oakland's Minor League system in 1971. After spending nine seasons as a player, Lieppman was a manager at every level in Oakland's system over the next eight years.

The Coolbaugh Award is presented to an individual who has shown an outstanding baseball work ethic, knowledge of the game and skill in mentoring young players on the field. Montoyo has been a manager in Tampa Bay's Minor League system for the past 13 seasons, the last three with their top affiliate, the Durham Bulls. This year he led the Bulls to their third straight South Division crown on their way to the International League title. Durham then defeated Pacific Coast League champion Memphis 5-4 in 11 innings in the Triple-A National Championship game.

"I am very humbled and honored to win this award because of what [Mike Coolbaugh] represents," said Montoyo.

"Charlie has been a hard working, loyal staff member for the Rays since 1996," said Tampa Bay director of Minor League operations, Mitch Lukevics. "He is a dedicated teacher of our game with a passion to help players both on and off the field. Charlie exemplifies everything that the Mike Coolbaugh Award stands for. We are proud and thrilled that he is receiving this award."

Since beginning his managerial career with Princeton in the Appalachian League in 1997, Montoyo has led six clubs to playoff berths, including all three of his Durham squads. He piloted the 2006 Montgomery Biscuits to the Southern League title. The Bakersfield Blaze (2001) and Hudson Valley Renegades (1998) are the other clubs Montoyo has guided to post-season play.