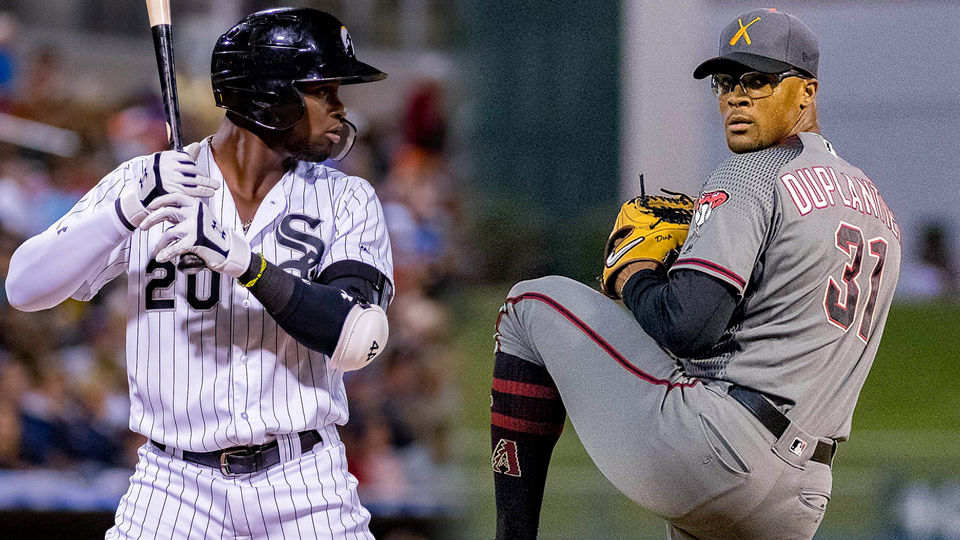 As two of the circuit's Top-100 prospects, much was expected from Luis Robert (No. 44) and Jon Duplantier (No. 80) in the Arizona Fall League. Last week, both delivered.

The White Sox outfielder and D-backs right-hander have been named the AFL Player and Pitcher of the Week for Nov. 5-11, the Fall League announced Tuesday.

Robert went 8-for-20 with a homer, a double, four RBIs, four runs scored and a stolen base over five games for Glendale. His 12 total bases led the league while his eight hits tied for the lead with Surprise's Cole Tucker and Mesa's Daniel Woodrow. He opened the Fall League with hits in 14 straight games -- the AFL's longest such streak this season -- before an 0-for-4 showing last Saturday.

The No. 4 White Sox prospect is hitting .338/.386/.462 with two homers, two doubles, 10 RBIs and three steals overall in 16 games with the Desert Dogs. Signed for $26 million in May 2017, Robert played only 50 games across during the 2018 regular season due to two separate left thumb injuries. When healthy, the 21-year-old, who has played both center and right in the AFL, has above-average power, run, arm and fielding tools.

Duplantier stood out in the K department to capture his side of the spoils last week. The D-backs' top prospect fanned nine Scottsdale batters in his lone start for Salt River last Tuesday, giving him three more strikeouts than anyone else in Week 5. He gave up two earned runs on six hits and a walk over 4 2/3 innings in his side's 3-2 win, matching his longest start of the Fall League.

The 24-year-old right-hander owns a 4.08 ERA with 27 strikeouts and seven walks over 17 2/3 innings this AFL season. He was sent to the desert for the autumn after arm fatigue limited him to only 74 innings in the Minors. Most of that came at Double-A Jackson, where he sported a 2.69 ERA and 1.19 WHIP with 68 K's in 67 frames. The Rice product has earned above-average grades for his fastball, slider and curveball.