Mitchell slams his way to a career day 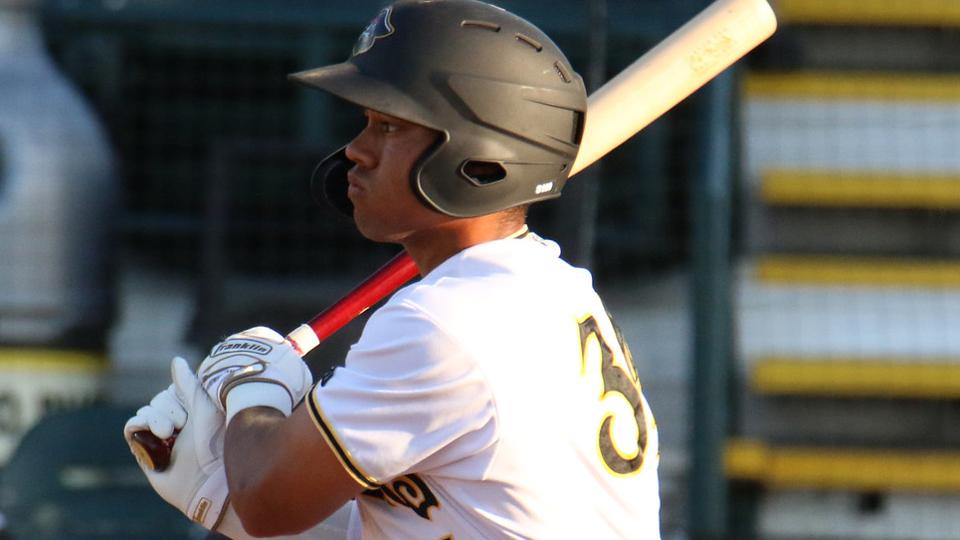 The Marauders kept on putting runners on base and Cal Mitchell made sure to drive them in.

Pittsburgh's sixth-ranked prospect racked up a career-high seven RBIs as Class A Advanced Bradenton romped over Tampa, 13-2, at George M. Steinbrenner Field. He smacked a grand slam and a double and scored twice on a three-hit afternoon.

The game started out quietly for Mitchell with a flyout to center field in the first inning and lineout to second base in the fourth. In the fifth, the left-handed hitter doubled to right, driving in fourth-ranked Pirates prospect Oneil Cruz and No. 28 Mason Martin.

Mitchell came to the plate with the bases jammed in the sixth and smacked the first pitch he saw from Daniel Bies over the right-field wall.

The San Diego native was happy with the dinger, but said his major focus was on ensuring that a scoring opportunity didn't go to waste.

"It was a breaking ball," he said. "I wasn't really expecting anything, but I just knew that there was a runner on third and I had to get him in and a ground ball wasn't going to do it. That would have given us a double play and end the inning. I was trying to look for something with good height on it that I could drive into the outfield and he ended up flipping one over the zone."

Mitchell got to the righty again in the seventh, singling in MLB.com's No. 63 overall prospect Travis Swaggerty.

"I was happy that I could help us win," the 20-year-old said. "Today was a really good day for all of us with a big offensive outbreak and I was happy to be a part of that."

Mitchell's previous high for RBIs in a single game was four, last accomplished July 17 against Clearwater when he belted a walk-off grand slam to give Bradenton the victory.

"Just staying calm and really trying to make sure that my hands are back and my foot is down on time," Mitchell said of his mind-set at the plate. "Making sure that I am in my strongest position at the right times."

Swaggerty and Cruz added three hits with a double, RBI and scored three times. Mitchell was quick to compliment his teammates for making his job easier.

"Guys getting on with the hard 90's and making sure they are in scoring position, it's great," he said. "It helps a bunch because I know that if I don't do it [drive in runs], they will. It's a give and take. There's really no pressure because I know that there are other guys in the lineup that will pick me up."

For the outfielder, staying consistent will be a key factor in continuing the momentum he has built up at the plate.

"I'm going to do my best to keep the same routine I have going and the same few thoughts I have in my head when I am in the box and try to do well," Mitchell said.