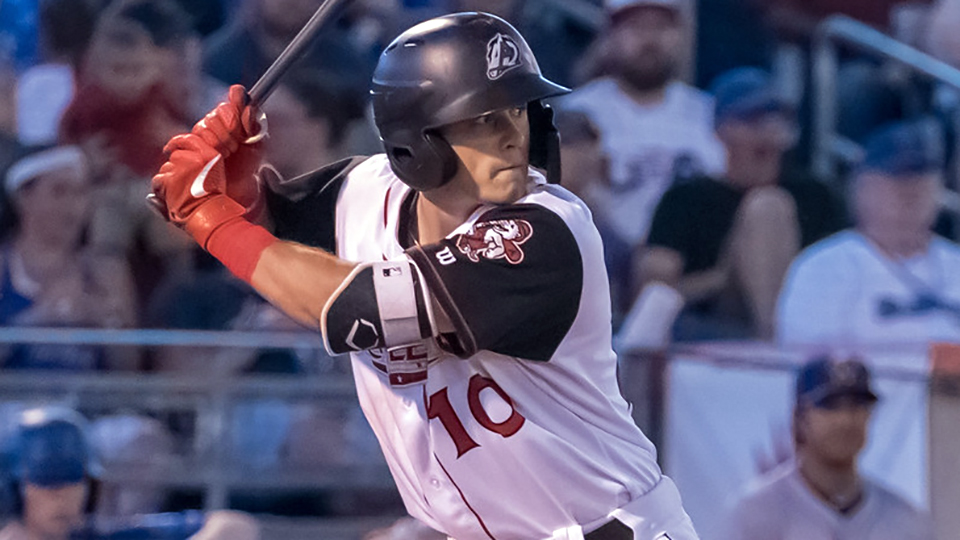 Evan White was a mid-season and end-of-season Texas League All-Star with Double-A Arkansas in 2019. (Tim Campbell/MiLB.com)

No. 58 overall prospect Evan White is expected to sign a six-year, $24 million contract with the Mariners, according to MLB.com's Jim Callis. The deal would also include three club options and is expected to be announced Monday. (Update: the contract was officially announced by Seattle on Monday.)

The length of the deal buys out all of White's pre-arbitration and arbitration years, and the club options, if picked up, would cover his first three years of free agency. Terms of the options were not included in the initial report.

For White, the upside is that he locks in at least $24 million in guaranteed money, immediately gets added to the 40-man roster and doesn't have to worry about service-time requirements that often delay Major League debuts. The upside for the Mariners is that they lock in a Top-100 prospect for an average of $4 million over the next six seasons. That could be a bargain given what talented players make in arbitration. Of course, there is always the possibility of White not living up to his ceiling -- like Jon Singleton with the Astros after signing a similar deal earlier this decade -- but the organization has decided this is a risk worth taking, given the potentially massive savings.

White put himself in a position for such a contract with an impressive 2019 season. The 23-year-old produced a .293/.350/.488 line with 18 homers in 92 games for Double-A Arkansas. He was named a mid-season and end-of-season Texas League All-Star and represented Seattle at the All-Star Futures Game in Cleveland in July. A rare left-handed thrower but right-handed hitter, White earns above-average grades for his hit tool, and he started to show some more power at Double-A, finishing tied for third in the Texas League in homers despite playing home games in an extreme pitchers' park. Thirteen of his 18 homers came on the road, where he slugged .556.

White's best scouting grades are for his defensive work at first base, where some believe he has Gold Glove potential at the top level because of his athleticism and hands. Indeed, he won a Minor League Gold Glove award for his first season in 2018. As a result of that full package, only White Sox farmhand Andrew Vaughn is considered a better first-base prospect right now by MLB.com.

The Mariners took White with the 17th overall pick in 2017 out of the University of Kentucky and signed him to a $3,125,000 bonus. He turns 24 in April and should compete with Austin Nola and Daniel Vogelbach for the starting first-base job in the spring, though the latter is more of a designated hitter.