Scholarships created in 2017 to assist female executives in baseball 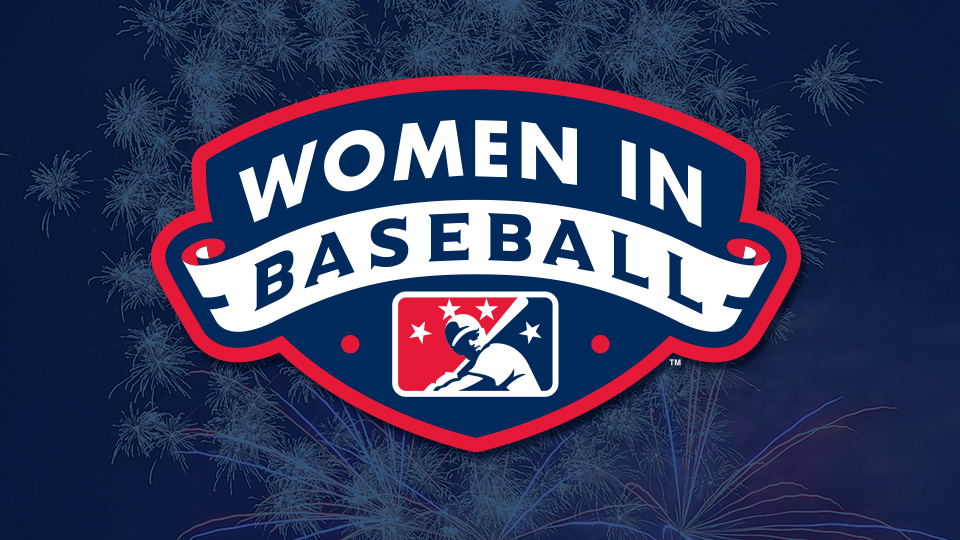 The Women in Baseball Leadership Event was established in 2008 at the Baseball Winter Meetings, providing a platform for female executives in Minor League Baseball and Major League Baseball the opportunity to network with their peers, obtain guidance on career development and enhance their professional skills. Since then, the event has grown to include other ancillary events and opportunities such as the scholarship program and a mentorship program.

Brunsting is the fan experience specialist for the Toledo Mud Hens. She began as a member of the inaugural ticket service team and has since, on two separate occasions, transitioned into a newly-created position within the organization.

"She could have easily continued to excel in any of the positions she has had, but she's become too valuable - when we have a need, we know we have a good person to put in charge of it," said Mike Keedy, Mud Hens' director of strategic planning & projects, of Brunsting.

Chapman is the corporate partnerships coordinator for the Biloxi Shuckers who not only exceeded her sales goal, but also coordinated and organized numerous community events and programs for the Shuckers. In his nomination letter, the Shuckers' general manager, Hunter Reed, said, she "has proven to be an asset to our organization and has all the talent and potential to continue making a positive impact in baseball for a long time." Chapman is dedicated to leading her team by example and to lending a helping hand to any department that may need it.

Fowler is a senior account executive in group sales for the Durham Bulls. After interning with the team for two seasons, she has proven herself as a leader in the group sales department for the last four years. Winning multiple employee of the month, salesperson of the month and salesperson of the year awards within the Bulls' organization, Fowler is committed to leading by example and serving her clients with passion.

"Cassie is one of the most -- if not the most -- respected people in our organization. She hits her sales goals annually with professionalism and compassion for the fans and her clients. Cassie is constantly thinking outside the box to stay ahead of the curve and her clients' needs. The rapport she has built with them is unmatched," said Durham Bulls Director of Ticket Sales Brian Simorka.

McNeil recently finished her first season as a box office manager for the Quad Cities River Bandits. As the head of ticketing, she has streamlined organization, maximized data analytics opportunities and tripled year-over-year sales in her department. McNeil's former general manager said, "Julia is dedicated, focused and trustworthy and I foresee longevity for her in this industry as she works toward her goal of becoming a general manager."

Hamada is the community engagement manager for the Fresno Grizzlies where she manages more than 10 community relations programs, including Wild About Reading - a program which reaches 100,000 students annually - and Junior Grizzlies, an inclusive, non-competitive baseball league. Her work in the community on behalf of the Grizzlies earned her a seat on the mayor's "Keep Fresno Beautiful" initiative, while she also contributes to the Fresno Grizzlies Development and Diversity committee and Fresno's Leading Young Professionals organization. "Madeline continues to seize every opportunity to grow her professional skills and network and she is an excellent role model," said Fresno Grizzlies President Derek Franks.

Ozier is the corporate event planner and the social media director for the Arkansas Travelers. Having recently finished her third season with the team, she has proven to be a dedicated and hardworking member of the Travelers staff. During her time in North Little Rock, Ozier has annually exceeded her sales goals, hired and trained a social media coordinator and runs several community outreach programs and events. In true Minor League Baseball fashion, she has had a hand in accomplishments by the group sales, luxury suites, social media and community relations staffs. Arkansas Travelers General Manager Paul Allen said, "Sophie is in her third season as a full-time staff member and continues to excel. She takes on more responsibilities each season, and they cross over into just about every department within the club. We have no doubt that Sophie has the skill set and potential to run a sports franchise."

The Baseball Winter Meetings will be held Dec. 8-12, in San Diego at the Hilton San Diego Bayfront, and the Women in Baseball Leadership Event will be on Tuesday, Dec. 10, from 1:30-4 p.m.