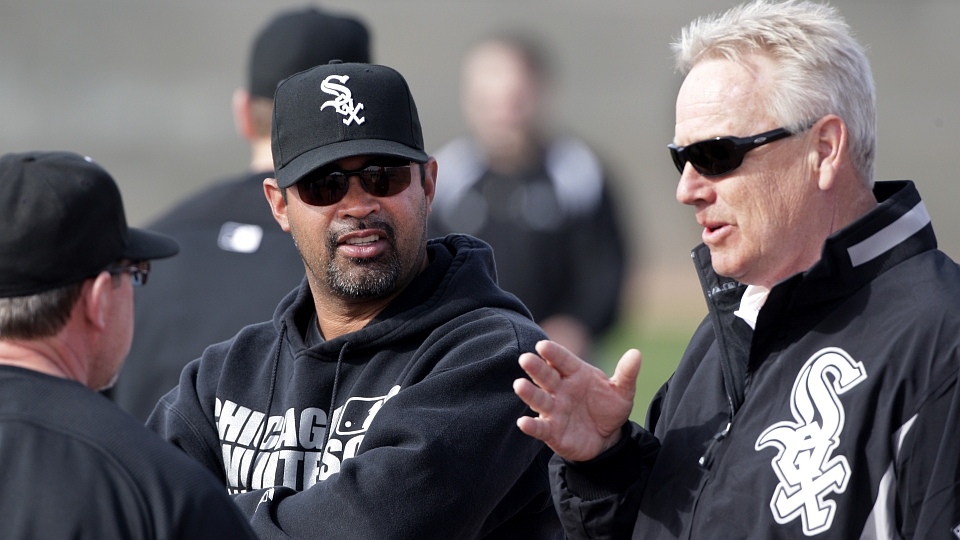 ST. PETERSBURG, Fla. -- Minor League Baseball announced today that it has selected Chicago White Sox Vice President/Assistant General Manager Buddy Bell as the recipient of the eighth annual Sheldon "Chief" Bender Award, presented to an individual with distinguished service who has been instrumental in player development. The award has been presented annually since 2008 and is named for the long time front office executive and consultant who spent 39 years with the Cincinnati Reds. Bell will receive his award at the Baseball Winter Meetings Banquet on Sunday, Dec. 6, at the Gaylord Opryland Resort & Convention Center in Nashville, Tennessee.

"I am incredibly humbled by this award, as I had the distinct honor of working alongside Chief in the Reds organization in 1999, and I learned something new every day," said Bell. "The knowledge I gleaned has been invaluable to me ever since, and I am thrilled to be joining the impressive list of recipients who have received this award before me."

"On behalf of the entire Chicago White Sox organization, I want to congratulate Buddy on receiving the prestigious Chief Bender Award from Minor League Baseball," said Rick Hahn, White Sox senior vice president/general manager. "Throughout his decade-plus time directing our player development system, Buddy has served as a tremendous leader for our entire staff of coordinators, instructors, managers, coaches and players. Buddy has made a lasting impact on the careers and lives of so many players. As Buddy transitioned his career from uniform to a front office role, Chief Bender served as one of his early mentors, so it is wholly appropriate that Buddy is recognized for continuing Bender's legacy of excellence in player development."

Bell was drafted by the Cleveland Indians in 1969 and just three years later, made his major league debut with the Indians. Bell played 18 years in the big leagues, appearing in five All-Star Games. Following his playing career, he began his career as a coach, manager, scout and instructor before moving into the White Sox front office, where he oversees player development and special scouting assignments. Bell managed for nine years in the major leagues, as he guided the Detroit Tigers (1996-98), Colorado Rockies (2000-02) and Kansas City Royals (2005-07), compiling a 519-724 record.

Baseball and player development are in the Bell family blood, as Buddy's father, Gus, played 15 seasons in the major leagues and each of his three sons played professional baseball. Bell's oldest son, David, is the bench coach for the St. Louis Cardinals, while another son, Mike, is the director of player development for the Arizona Diamondbacks. His youngest son, Rick, played 10 seasons in the minor leagues.

"The Bell family has a long and storied history in professional baseball, and Buddy has been a part of this great game for over four decades," said Minor League Baseball President & CEO Pat O'Conner. "Buddy's dedication to developing young players and helping them reach their potential would have made Chief Bender very proud. On behalf of Minor League Baseball, I congratulate Buddy on this tremendous honor."