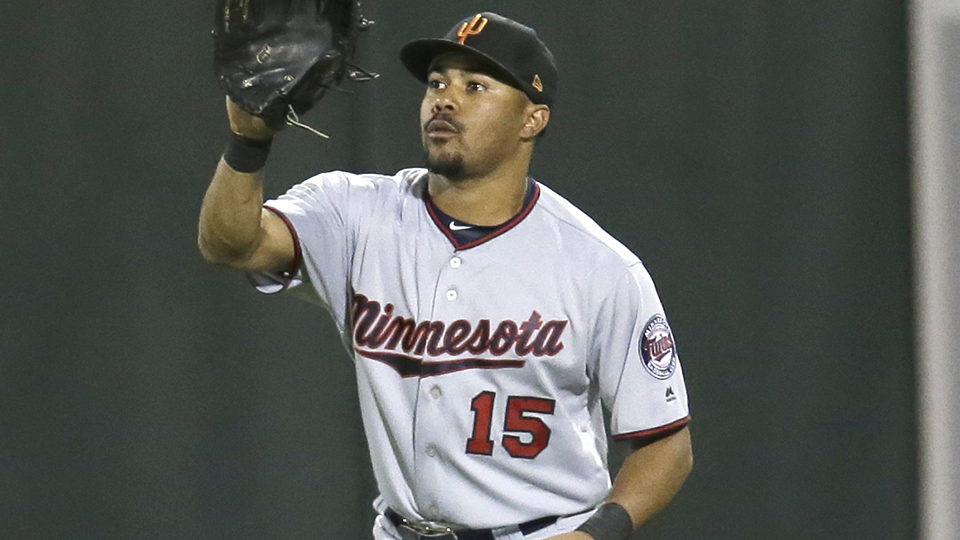 LaMonte Wade was third in the Southern League with a .397 on-base percentage and fifth with a .292 batting average. (Rick Scuteri/MLB.com)

The Twins' 17th-ranked prospect collided with Surprise Saguaros teammate Oscar Mercado (Cardinals) in the second inning while chasing down a two-out fly ball off the bat of Braves No. 11 prospect Austin Riley. He was airborne at the point of impact and his upper body connected with the midsection of Mercado, who made the catch.

Wade stayed on the ground after the collision but was able to move his extremities. After a lengthy delay while trainers tended to him, the 23-year-old Baltimore native was taken from the field on a stretcher.

According to MLB Network, Wade was conscious throughout and was hospitalized with head and neck concerns. After the game, the AFL issued a statement confirming that Wade sustained a concussion but returned to the stadium before the conclusion of the Saguaros' 11-10 loss to the Peoria Javelinas.

The 2015 ninth-round pick headed to Arizona after batting .292/.397/.408 with seven homers and 67 RBIs in 117 games for Double-A Chattanooga. He was used mostly in left field (57 games), playing 31 in center and 17 in right, and committing one error while recording eight assists.