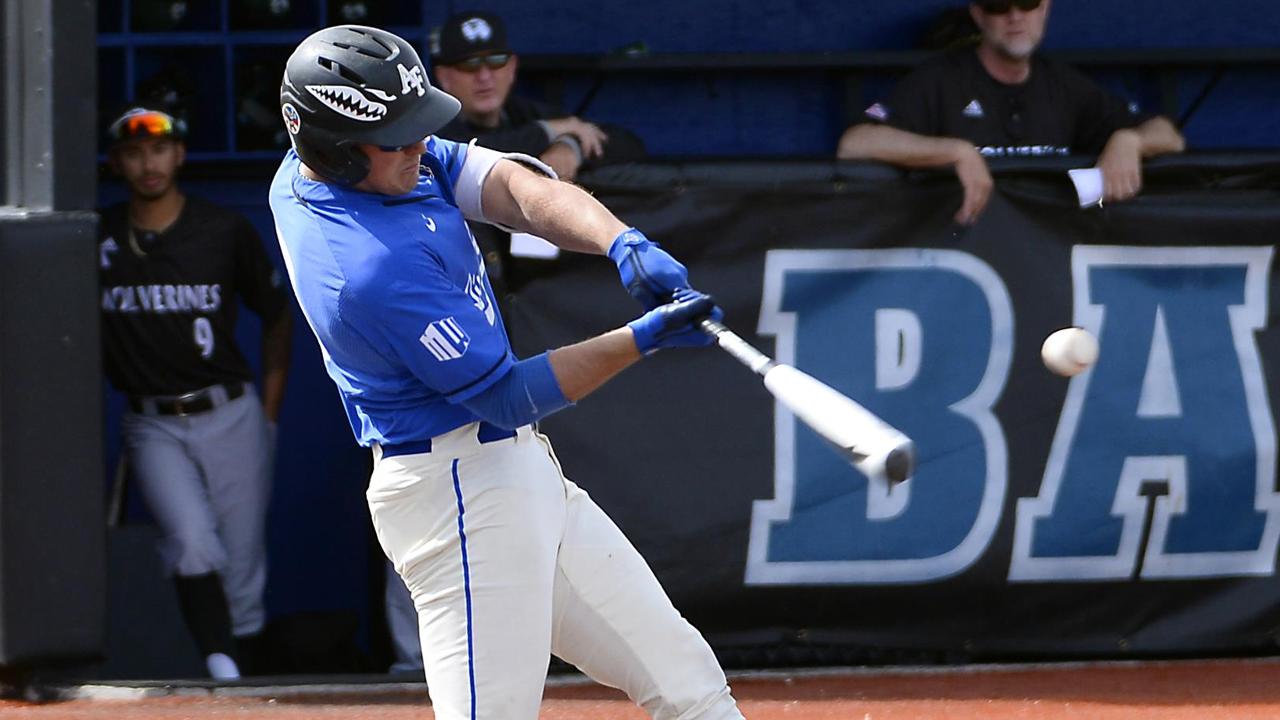 Nic Ready has collected three of his four long balls this season in the past two games. (United States Air Force Academy)

Nic Ready was certainly prepared to start this week.

Ready is only 33 games into his career as a professional but said he's yet to have a showing better than this.

"Hopefully, there's a long of line of them to continue, but so far, that's been the best one," he said. "Especially since we won."

West Virginia starter Braxton Ashcraft got Ready to line to second base in his first at-bat, but the 22-year-old came back for revenge in the third inning. He fouled off the first offering from the right-hander before sending a high-and-tight changeup over the fence in left for a three-run shot that plated Andres Sthormes and J.D. Orr with Batavia's first runs of the night.

"He just made a mistake and, luckily, I was on time for it," Ready said. "Got the barrel out and kept it fair. That's kind of the name of the game at this point. We're only going to get one or two pitches in an at-bat to drive. I capitalized on it."

In the fifth, after Dalvy Rosario walked and stole second and third, Ready sent a double down the line in left to drive him in and chase Ashcraft. He capped his night in the seventh by taking righty Austin Roberts deep to left, plating Orr and putting the game out of reach before returning to the dugout for a raucous reception.

"I got some of the best teammates around," he said. "They were all excited for me."

Through 33 Minor League games, Ready has four homers, 22 RBIs and a .305/.348/.570 slash line. He's less than two months removed from college, where he had to balance the schedule of an Air Force Academy cadet and a member of the school's baseball team. Nowadays, though, he can focus solely on baseball -- something he thinks is helping him on the field.

"Just being able to relax, really let the game come to me for once, I think, has been pretty beneficial," said the son of former Major Leaguer Randy Ready. "Where I came from, everything was kind of full speed ahead. Slowing the game down felt good for me, since I'm moving at a faster pace and at a higher caliber."

Not all the differences have been in-game, however.

"It's been an awesome experience. A schedule change for sure," he said. "Coming from the Academy, my life was broken down by the minute. Got a lot more free time. But just been replacing it with time at the field, trying to get better every day."

Ready is the 10th Air Force product ever selected in the Draft. And while he's able to continue to pursue his dreams on the diamond, not every player who goes through the Academy gets that privilege. He's aware of that, though, and knows that every time he laces up his cleats, he's representing much more than himself.

"What is cool about it is I'm representing all my teammates that had to hang up the spikes out there to go serve our country," he said. "They're living through me. So I've got some people pushing me, that's for sure. ... I wouldn't trade this for the world."