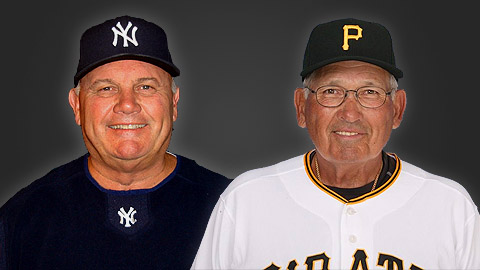 Newman and Huyke will be honored with Minor League Baseball's four other major award winners during the December 6-9 Baseball Winter Meetings™ at the Walt Disney World Swan and Dolphin Resort near Orlando.

The Bender Award is presented to someone with distinguished service who has been instrumental in player development. Newman recently completed his 11th season of overseeing the drafting and acquisition of prospects for the Yankees. Entering the 2010 season, more than half of the players on the club's 40-man roster were either drafted or signed as non-drafted free agents.

"There are some exceptional people that are in this industry that do great work," Newman remarked. "I always assume some other people deserve recognition. I am certainly honored by it, but surprised."

"Mark Newman's résumé is virtually unparalleled in player development," Minor League Baseball President Pat O'Conner said. "The success of the Yankees farm system is often overshadowed by their storied success at the Major League level. You cannot overlook the long list of league championships and Major League players produced under Mark Newman's watch with the Yankees. Mark epitomizes the characteristics of Chief Bender in producing players and a winning atmosphere for the organization."

Newman has been with the Yankees for 22 years. He joined the organization in 1989 as Coordinator of Instruction, responsible for supervising all Minor League managers and coaches and planning Major and Minor League spring training.

The Coolbaugh Award is presented to an individual who has shown an outstanding baseball work ethic, knowledge of the game and skill in mentoring young players on the field. Huyke has spent the last 42 years as a manager or coach in the Pittsburgh Pirates Minor League system.

He managed their club in the Gulf Coast League for all but two seasons from 1974-2004. The clubhouse that was built in the late 1990s at Pirate City in Bradenton, Fla., is named in his honor.

"Woody Huyke has been a fixture in the Pittsburgh organization for many years," O'Conner stated. "His guiding hand has shaped an organization and Minor League system for more than four decades. His tenure in baseball's lower levels is a testament to his commitment to developing players and advancing the careers of baseball's youngest stars.

"Woody is a wonderful example of a former player who returned to the game to serve as an instructor, manager, mentor and friend to thousands of Minor League Baseball players."

Huyke began his professional baseball career in 1959 in the Giants organization. He spent nine seasons in the Oakland farm system after they drafted him in 1960, before joining the Pirates.