Nola returns to Omaha with Zephyrs 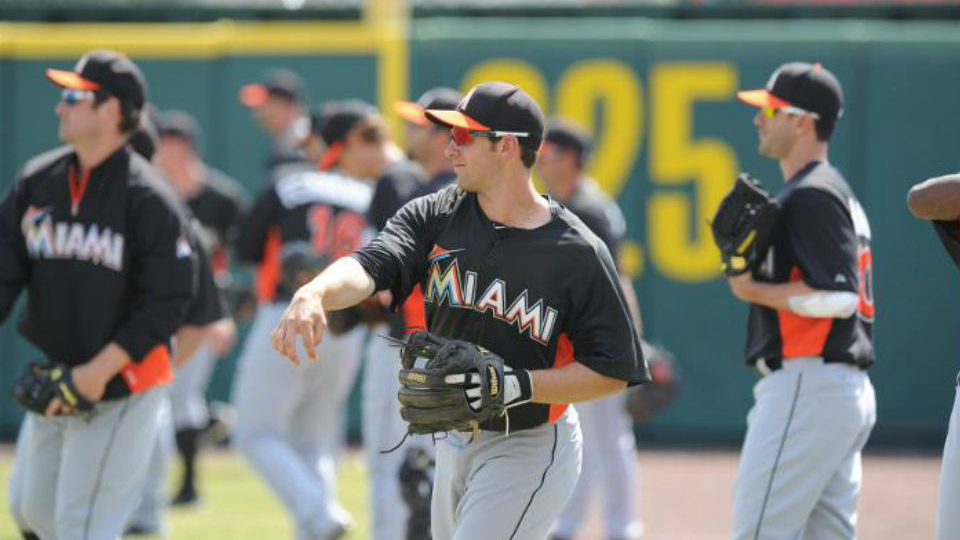 Austin Nola warms up with Marlins teammates prior to an exhibition game at Zephyr Field on March 30, 2013. (Parker Waters)

The last time New Orleans Zephyrs shortstop Austin Nola took the field in Omaha, Nebraska, he was suiting up for the LSU Tigers in the College World Series.

This week, Nola returns to the city of his most successful triumph, having earned a promotion to Triple-A for the first time as the Z's open a four-game series against the Omaha Storm Chasers.

"I haven't been back in Omaha since we won in 2009 so it'll be a lot of fun," Nola said. "Hopefully I'll be able to run by the old Rosenblatt site where we had so many memories."

It was in the 2009 College World Series where Nola, then a freshman for the Tigers, had his coming-out party, helping LSU win its sixth championship in the penultimate season at historic Rosenblatt Stadium. His defense at shortstop was perfect - no errors in 24 chances in Omaha - and his bat started to come around, hitting .250 (5-for-20) with a double, home run and four runs scored ahead of three more seasons in the middle of the diamond for LSU.

Following a four-year run at LSU, Nola was chosen by Miami in the fifth round of the 2012 First-Year Player Draft and he worked his way to Double-A Jacksonville in 2014, where he was a member of the Southern League championship team that was headlined by a host of current Zephyrs.

But it was not an easy road for Nola once he got to Jacksonville, and even after tasting success for the Suns last season, he returned to Double-A this year and was tasked with playing some second base, a new position for him.

"I needed to learn how to play more second base and get used to playing all around the diamond, being a utility player. That was big for me to get some good reps at second base at Double-A," Nola said. "I was just trying to refine my approach, that's it. I want to be consistent and I've been able to hit in all counts and play good defense at some different positions, which is a big thing for me."

Though he hit only .211 in 69 games for Jacksonville this year, Nola was called up to New Orleans last weekend when starting shortstop Miguel Rojas earned himself a promotion to Miami.

"It's a change of scenery and I'm moving on up. That's always what you want to do when you get into this line of business: move up the ladder," he said.

Nola played 27 games at second base, making three errors in 101 chances, but knows he needs to show versatility to continue "climbing the ladder."

"Reid [Brignac] and I talked about that in spring training," Nola said. "We talked a little about he and I being Louisiana guys and he just told me to play everything like shortstop. A lot of people I have talked to about it say that if you play shortstop a lot, you'll be able to adjust to any other position on the field."

For now, Nola will have to adjust to playing close to home for the first time since graduating from LSU in 2012. But he knows that when he and the Zephyrs return home starting July 4, he'll have plenty of ticket requests to deal with.