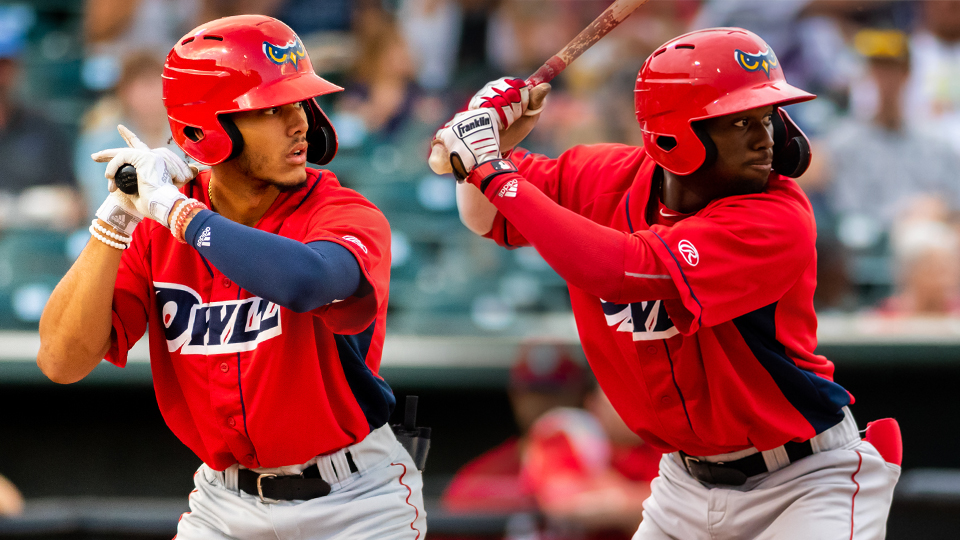 Jeremiah Jackson and D'Shawn Knowles lead Orem in the chase for a second-half title. (Bobby Stevens/MiLB.com)

Rookie Advanced prospects are about to face the next level without even needing a promotion.

The Pioneer League revealed its roster for its half of the All-Star Game against the Class A Short Season Northwest League, highlighted by top Angels prospects Jeremiah Jackson (No. 5) and D'Shawn Knowles (No. 10). The interleague contest is set for Aug. 6 in Boise, Idaho.

After finishing last season with Orem, Jackson leads the circuit with 14 homers, 37 RBIs and 91 total bases in his return. The Angels' 2018 second-rounder has amassed 38 hits and a .932 OPS in 38 games. Jackson will be joined by teammate Knowles, an 18-year-old from the Bahamas. The switch-hitter could put his plus-speed on display in the All-Star Game.

Shortstop Liover Peguero has been raking for Missoula. The D-backs' No. 16 prospect is hitting .369 with 23 RBIs and eight stolen bases in nine attempts.

Brewers No. 18 prospect Micah Bello represents Rocky Mountain in its first season as a Rookie Advanced affiliate. The Hawaiian outfielder tops the Vibes with six jacks and a .500 slugging percentage.

Getting the starting nod on the mound is Ogden's Kevin Malisheski. The 21-year-old right-hander is 5-3 with a 3.45 ERA and a league-leading 53 strikeouts.

The Northwest League is scheduled to announce its All-Star roster at 3 p.m. ET on Wednesday.

Kelsie Heneghan is a contributor to MiLB.com. Follow her on Twitter @Kelsie_Heneghan This story was not subject to the approval of the National Association of Professional Baseball Leagues or its clubs.