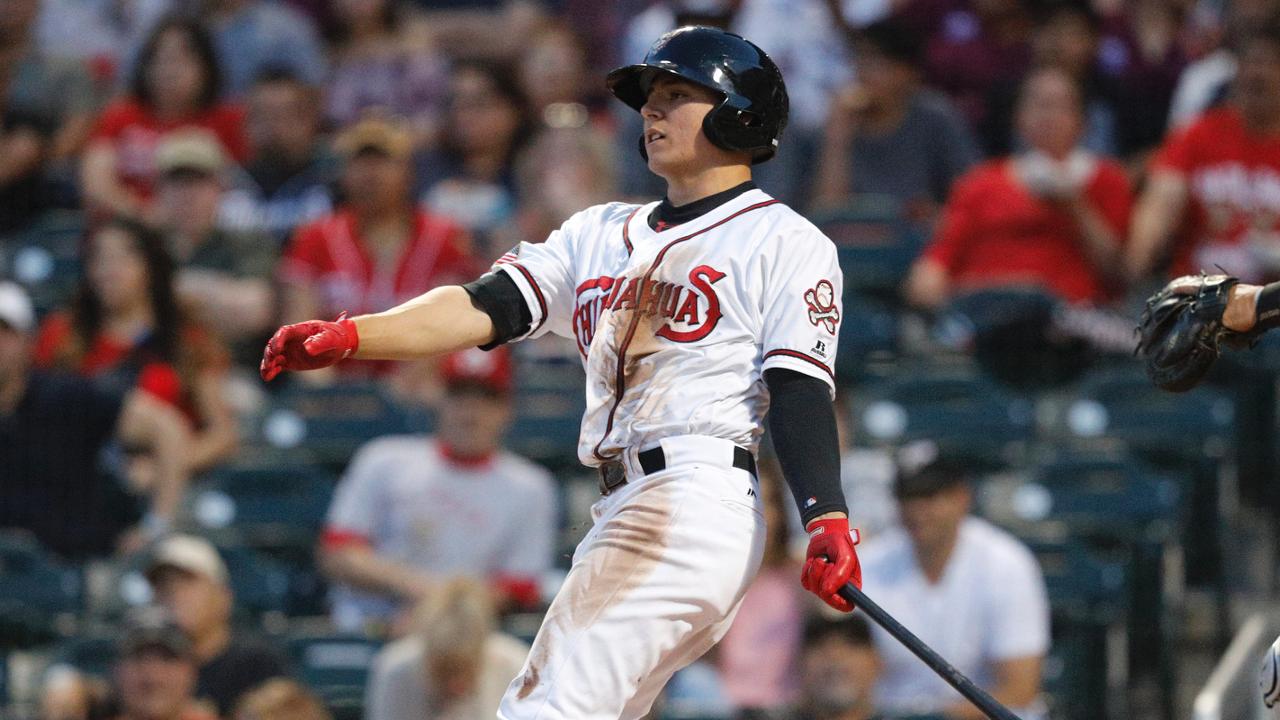 Braves LHP Kolby Allard, Triple-A Gwinnett: 8 IP 6 H, 1 R, 0 BB, 7 K -- An up-and-down season trended north for Atlanta's No. 9 prospect on Thursday. Allard (5-3) tied his career high by tossing 97 pitches over eight strong innings to lead Gwinnett past Durham. He faced the minimum over his final six frames thanks to a pair of double plays and a caught stealing. The 21-year-old carried a 4.58 ERA into his 12th start after allowing eight runs, 13 hits and seven walks in his last two outings spanning 9 1/3 innings. Allard's seven strikeouts matched a season high and he did not issue a walk for the third time in 2019. Gameday box score

Brewers 2B Keston Hiura, Triple-A San Antonio: 2-for-5, HR, RBI -- Returning to Triple-A hasn't done anything to stop Milwaukee's top prospect. Playing in his second contest with the Missions after a successful 17-game cup of coffee with the Brewers, where he hit .281 with five homers, Hiura continued to torment PCL pitching. MLB.com's No. 14 overall prospect followed up a two-hit performance on Wednesday with a single and a solo homer on Thursday. Through 39 Minor League games, Hiura is batting .341/.414/.710 with 26 extra-base hits, 28 RBIs and 27 runs scored. Gameday box score

Marlins RHP Sixto Sanchez, Double-A Jacksonville: 5 IP, 4 H, 1 ER, 1 BB, 6 K -- Miami's top prospect was a hard-luck loser in the first game of Jacksonville's doubleheader with Pensacola. Sanchez's fifth start of the year for the Jumbo Shrimp was one of his best as he threw 59 of 82 pitches for strikes. The 20-year-old tossed six scoreless frames in his Double-A debut on May 14 against Biloxi but he'd surrendered 10 runs -- nine earned -- on 25 hits over 15 1/3 innings in his previous three starts. Gameday box score

Indians OF Quentin Holmes, Class A Lake County: 2-for-4, HR, 3B, 5 RBIs, R -- A season to forget through the season's first two months took a pleasant turn for Cleveland's No. 27 prospect. Holmes capped a five-run Lake County fourth inning with a three-run homer and added two more RBIs with a triple in the next frame for a career-high five. Holmes appeared in seven games last year with the Indians' Rookie-level Arizona League affiliate and has played in 48 games since being selected in the second round of the 2017 Draft. Gameday box score

Red Sox RHP Tanner Houck, Double-A Portland: 7 IP, 7 H, 2 R, 0 BB, 11 K -- Boston's fifth-ranked prospect is starting to find his groove. Houck struck out a career-high 11 and retired 11 of the final 12 batters he faced in Portland's extra-inning loss to Richmond. The 22-year-old matched a career-high seven innings for the first time this year and for the third time as a professional. Houck has surrendered two runs and struck out 18 over his last two starts spanning 13 innings. Gameday box score

Cardinals SS Edmundo Sosa, Triple-A Memphis: 3-for-4, HR, 3B, 2B, RBI, 3 R -- The 10th-ranked St. Louis prospect entered Memphis' game Thursday in a 6-for-35 slump that dropped his average 19 points to .247. He made up more than half of that in the Redbirds' win, falling a single shy of the cycle while notching three hits in a game for the first time since May 3. Gameday box score

Tigers OF Dustin Peterson, Triple-A Toledo: 2-for-4, R, HR, RBI -- Detroit's No. 28 prospect hit a solo homer in the sixth, his fourth straight game with a dinger, in the Mud Hens' 3-2 loss to Indianapolis. It was Peterson's fifth straight multi-hit effort, which brought his average up to .293/.323/.472 in 32 International League games. Gameday box score

Astros RHP Cody Deason, Class A Quad Cities: 7 IP, 0 R, 1 H, 1 BB, 3 K -- Deason (3-2) allowed a leadoff single in the first but was hitless thereafter in the River Bandits' 1-0 win over Peoria. The 22-year-old retired the final 17 Chiefs he faced, bringing his ERA down to 4.05 over 40 Midwest League innings. His seven innings pitched was a career best. Gameday box score

Reds OF Michael Siani, Class A Dayton: 4-for-5, 3 R, 2 RBI, 2 SB -- Cincinnati's No. 7 prospect singled four times, scored three runs and stole a pair of bases in the Dragons' 9-3 win in West Michigan. The 19-year-old is tied for sixth in the Midwest League with 13 steals to go along with 11 extra-base hits, including four homers, in 50 games. Gameday box score

Nationals RHP Malvin Pena, Class A Advanced Potomac: 7 IP, 0 R, 2 H, 1 BB, 6 K -- Pena (4-3) allowed just a double in the first and a single in the second in the Nationals' 6-0 win over Lynchburg. The 21-year-old retired 14 straight batters until Nolan Jones walked in the seventh. The righty increased his strikeout total to 48 in 50 2/3 Carolina League innings. Gameday box score