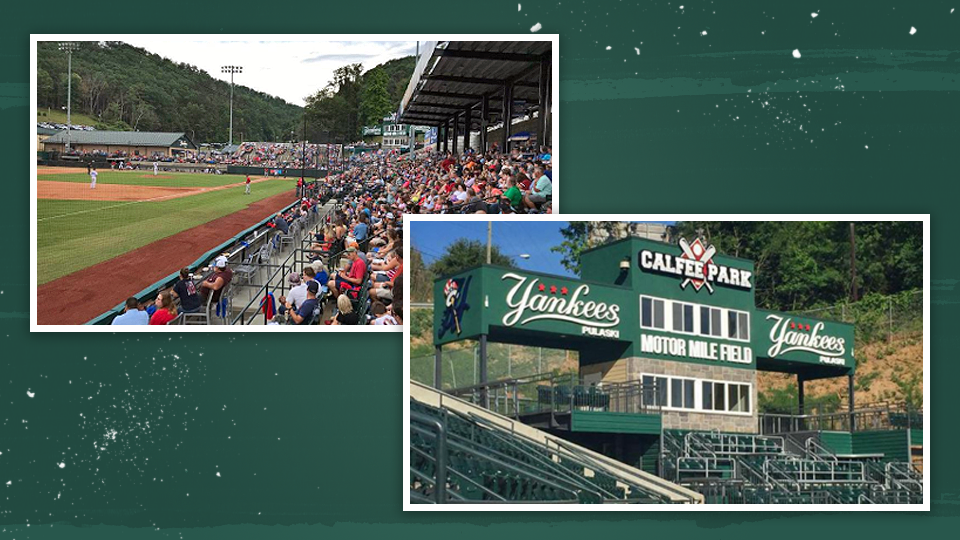 The John H. Johnson President's Award has been presented annually since 1974 to honor the complete baseball franchise. The award's criteria are based on financial stability, contributions to league stability, contributions to baseball in the community and promotion of the baseball industry. This award is the first President's Award for the Pulaski Yankees, the first for an Appalachian League team and sixth for a Short Season team.

"On behalf of the Pulaski community, our fans, and partners who help make Pulaski Yankees baseball what it is, we are very excited to accept this award," said Pulaski General Manager Betsy Haugh. "To be recognized with MiLB's top honor is extremely humbling knowing how many amazing organizations make up our industry and how much each one means to its community. From our staff to those in the Appalachian League, Minor League Baseball, and the New York Yankees organization, we thank everyone who has played a role in our success and we are excited to share this award with them."

A longtime member of the Appalachian League, the Pulaski franchise has reached unprecedented heights in five years under new management as the attendance has grown in each of the last five seasons, culminating in new Appalachian League attendance records in each of the last two seasons. Sponsorship revenue has reached record levels for the team as it experienced a 30% increase from 2018 to 2019 alone, and has posted a sponsorship revenue increase of 350% over the last five years.

In 2015, local auto dealership owner David Hagan took over management of the ballclub and historic Calfee Park from the town of Pulaski and began a series of upgrades to the facility to ensure the future of professional baseball in Pulaski and in the surrounding New River Valley. Immediate upgrades under the new ownership included a renovated home team clubhouse, a new visiting team clubhouse, concessions stand, press box, the addition of VIP Towers for group outings, upgraded seating, additional parking, and a 35'x22' video board. The makeover of Calfee Park continued with a new Bermuda grass playing field, a new irrigation and drainage system, new home offices for park employees, an expanded upper concourse and a new scoreboard. Prior to the 2019 season, seating upgrades continued along the third base line, including the addition of new box seats and a three-tiered party deck that increased Calfee Park capacity to 3,200. A new souvenir shop was also added on the upper concourse.

"We are truly humbled by this award," said Hagan. "Our franchise has been a dream of mine for 30 years, and we are truly honored to be recognized with this award, the highest honor in Minor League Baseball."

The Pulaski Yankees boast a roster of over 200 corporate partners in a town with 9,000 residents, allowing small businesses and large companies alike to show their support for Pulaski's destination for summertime fun and excitement. Despite Calfee Park's location in a residential neighborhood, team officials worked with local officials and state fire personnel to have a fireworks show at Calfee Park for the first time in over 20 years.

In the spring of 2019, the Pulaski Yankees introduced #CalfeeCares, a mission through which the organization is making it a priority to give back to the fans and businesses in Pulaski and the New River Valley who help support the organization and ballpark. This branded community approach was introduced through an open letter to fans and a video on social media that detailed the Yankees' organizational philosophy, shared examples of community initiatives already in place, introduced and described #CalfeeCares, and invited fans to join the Yankees in their efforts.

Through #CalfeeCares, the Pulaski Yankees more than tripled their in-stadium fundraising and gifts-in-kind donations and logged over 150 more volunteer hours from staff and players. Additional special events included the first ever Pulaski Yankees 5K, Homers For Hearts charity softball game and many other events held at Calfee Park.

"The work done by the Pulaski Yankees under the leadership of David Hagan and Betsy Haugh has been inspiring and is a perfect example of what local ownership with a community focus can do for a ballclub," said Minor League Baseball President & CEO Pat O'Conner. "Their dedication to their community, fans, affiliate and Minor League Baseball as a whole has been exemplary, and I have nothing but the highest praise for them."