Nine players honored for defensive excellence at their positions 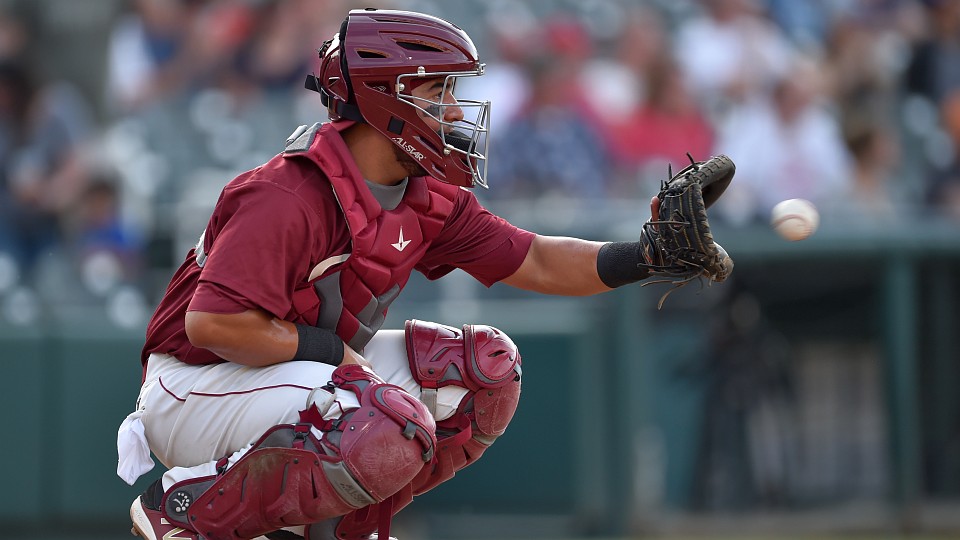 ST. PETERSBURG, Fla. -- Minor League Baseball and Rawlings Sporting Goods Company, Inc., today announced the nine recipients of the 2017 Rawlings Gold Glove Award® for defensive excellence. The winners at each position were selected from players in the 10 domestic-based, full-season Minor Leagues. Each player will receive his own Rawlings Gold Glove Award, modeled after the iconic award given to Major League Baseball's top defensive players, during the 2018 season.

"The Rawlings Gold Glove Award® is recognized as baseball's highest measure of defensive excellence and this year's nine Minor League Baseball recipients are certainly worthy of this incredible honor," said Mike Thompson, Executive Vice-President of Marketing for Rawlings. "Our long-standing partnership with Minor League Baseball continues to grow and evolve and we're proud to share this prestigious award platform with its athletes."

The 2017 Minor League Baseball recipients of the Rawlings Gold Glove Award® are as follows:

Edwin Espinal posted the only perfect fielding percentage among Minor League first basemen in 2017. Espinal, 23, played 81 games at first base and recorded 698 putouts as an Eastern League All-Star with Double-A Altoona. He was promoted to Triple-A Indianapolis on July 28, finishing the year with 27 errorless games and 208 putouts as the Indians' first baseman. A native of Mao Valverde, Dominican Republic, Espinal was signed by the Pittsburgh Pirates on May 27, 2011.

Second baseman Scott Kingery recorded a .989 fielding percentage in 113 games, the highest mark among second basemen in Minor League Baseball. The 23-year-old handled 277 total chances in 59 games for Double-A Reading, and 252 more in 54 games for Triple-A Lehigh Valley, helping turn 75 double plays across the two levels. Kingery was selected by the Phillies in the second round of the 2015 First-Year Player Draft out of the University of Arizona.

Albuquerque Isotopes shortstop Daniel Castro led all Minor League Baseball shortstops with a .989 fielding percentage in 96 games. Castro committed just five errors in 435 total chances, had a hand in 63 double plays and finished with 298 assists at shortstop. The 24-year-old from Guaymas, Mexico, signed with Colorado as a minor league free agent on November 21, 2016. He was originally signed by the Atlanta Braves in 2010.

Bradenton Marauders third baseman Ke'Bryan Hayes posted a .974 fielding percentage in 108 games at the hot corner. The 20-year-old committed only eight errors in 307 total chances, recording 245 assists. Hayes was selected by the Pittsburgh Pirates in the first round of the 2015 First-Year Player Draft out of Concordia Lutheran High School in Tomball, Texas.

Tyler Ramirez played 100 of his 128 defensive games in left field, and did not commit an error in 168 total chances with Class-A Stockton and Double-A Midland, finishing with a 1.000 fielding percentage. The Oakland Athletics selected Ramirez in the seventh round of the 2016 First-Year Player Draft out of the University of North Carolina at Chapel Hill.

Center fielder Jacob Hannemann recorded a perfect 1.000 fielding percentage in 106 games, handling 240 total chances. The 26-year-old opened the season with Double-A Tennessee, and was promoted to Triple-A Iowa before the Seattle Mariners claimed him off waivers and brought him to the big leagues in September. Hannemann was selected by the Chicago Cubs in the third round of the 2013 First-Year Player Draft out of Brigham Young University.

Max Murphy did not commit an error in 75 games in right field, nor in his 52 games in center, and recorded 18 outfield assists between Class-A Fort Myers and Double-A Chattanooga. Murphy, 24, secured 150 total chances across 669.2 total innings in right field. The Minnesota native was selected by the Twins in the ninth round of the 2014 First-Year Player Draft out of Bradley University.

Catcher Jose Trevino earned a Rawlings Gold Glove for the second straight season after the 24-year-old finished with a .996 fielding percentage behind the plate. Trevino, 24, allowed just three passed balls while catching 99 games this year for Double-A Frisco. Trevino also limited the running game, throwing out 41.3 percent (33 of 80) of would-be base stealers. Trevino was selected by the Rangers in the sixth round 2014 First-Year Player Draft out of Oral Roberts University.

Pitcher Jordan Kipper posted a perfect fielding percentage while handling 42 total chances in 132.1 innings pitched over 26 appearances (19 starts). The 24-year-old opened the season in Double-A Mobile before a trade on May 6 sent him to the Baltimore Orioles organization, where he appeared in nine games for Double-A Bowie and 12 for Triple-A Norfolk. Kipper was selected by the Los Angeles Angels in the ninth round of the 2014 First-Year Player Draft out of Texas Christian University.