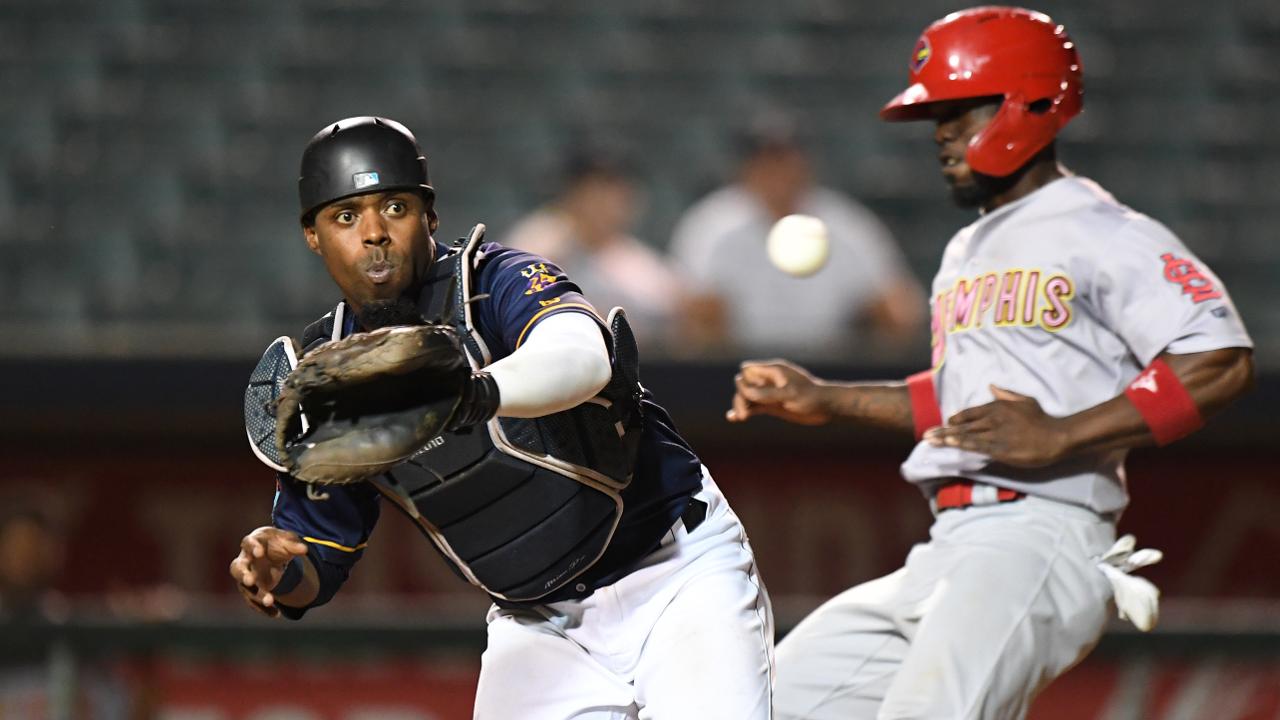 The Memphis Redbirds scored seven runs in the seventh inning to pull away from the New Orleans Baby Cakes, 11-3 on Wednesday night.

Memphis got off to a fast start as the first four batters of the game reached against Kolton Mahoney, who was making his third Triple-A start. Justin Williams put the Redbirds on top with an RBI single, and Andrew Knizner added a sacrifice fly.

Three more singles in the second inning, capped by Rangel Ravelo's run-scoring knock, pushed the Redbirds' lead to 3-0. Knizner drilled his 12th home run of the year an inning later, a solo shot to provide Memphis with a four-run cushion.

The 'Cakes sliced the deficit in half in the bottom of the fourth, stringing together four hits to plate a pair of runs. Rosell Hererra led off with a ground-rule double and scored on Eddy Alvarez's one-out single. Alvarez, who improved to 15-for-32 on the year with runners in scoring position and less than two outs, trotted home on a single by Wilkin Castillo.

The Redbirds batted around against rehabbing Marlins pitchers Tayron Guerrero and Jose Urena in the seven-run seventh. Adolis Garcia drove in the first run of the frame with a single ahead of a two-run double by Ramon Urias. The inning unraveled when Alvarez dropped a pop up on the infield to allow one run to score, and a throwing error by Herrera permitted a second run to come home on the play.

Chris Ellis (5-5) went five innings in a spot start to pick up the win for Memphis, which stayed alive in its bid for a playoff berth.

Mahoney (1-1) was charged with four runs in five innings to suffer the loss.

The Baby Cakes play their final home game of the 2019 season on Thursday. First pitch is scheduled for 7 p.m.