From intern to owner, a baseball journey 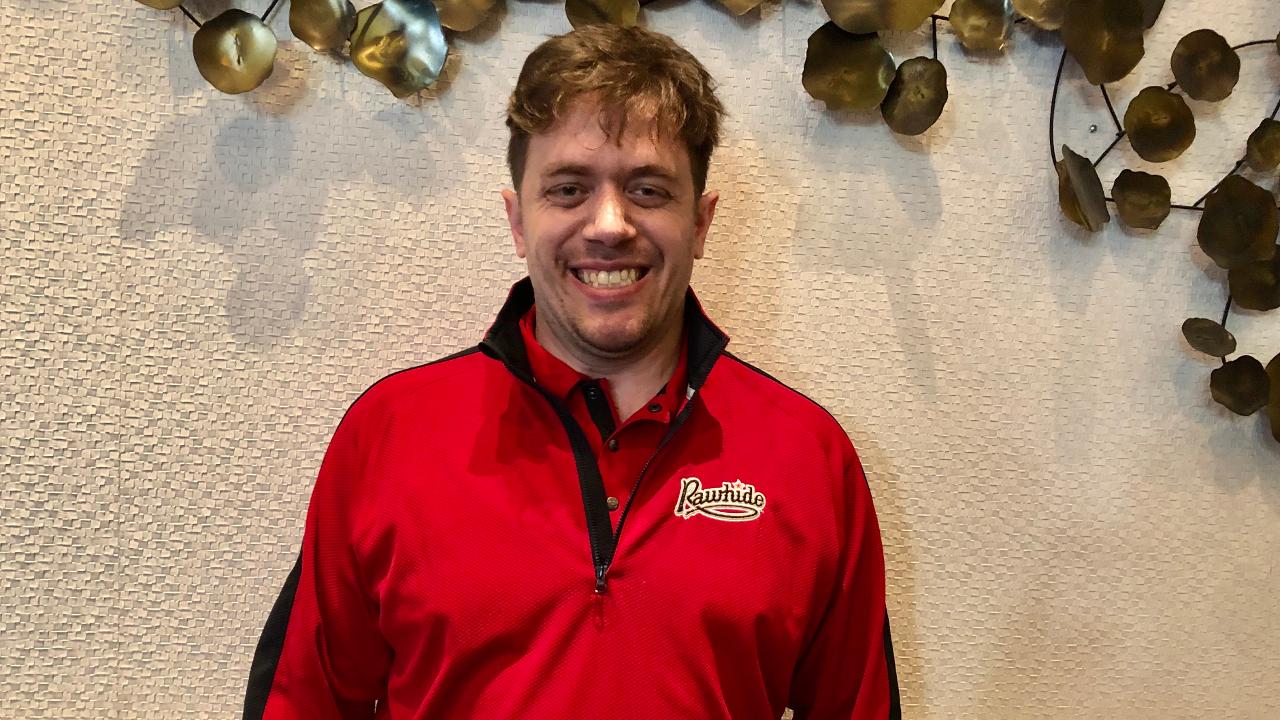 Sam Sigal, co-owner of the Visalia Rawhide, began his Minor League Baseball career in 2012 as an intern with the Trenton Thunder.

Back in 2012, Sam Sigal occupied the lowest rung of the Minor League Baseball ladder. I know this because in July of that year, he picked me up at the Trenton train station while dressed as a hot dog.

Sigal was an intern with the Double-A Trenton Thunder that season, during which "frankfurter chauffeur" was one of his many duties. Seven years later, he's getting acclimated to a far different set of responsibilities. Sigal, and his parents -- Elliott and Ruth -- are the new owners of the Visalia Rawhide.

Sam Sigal in 2012, wearing a hot dog suit at the Trenton train station

The Sigals were announced as the Rawhide's new owners at a Dec. 7 news conference. Their group, First Pitch Entertainment, purchased the Class A Advanced Arizona Diamondbacks affiliate from Top of the Third Inc. That entity, representing the Seidler-O'Malley family, had owned the Rawhide for 18 years. It was the longest continuous ownership in the 73-year history of the venerable California League franchise.

For Sam Sigal, the purchase of the Rawhide was an unlikely dream come true. The San Francisco native, a lifelong baseball fan, had spent his professional career up to this point in the field of broadcasting and media relations.

"I was the 10-year-old who would run after the newspaper in the morning to try and check the scores," said Sigal, interviewed last month at the Baseball Winter Meetings in San Diego. "I didn't know I'd get into broadcasting, but I always liked talking around the game, studying the game, and I always thought it'd be fun if life led down that road."

Sigal landed his internship with the Thunder in the wake of graduating from Rider College in Lawrenceville, New Jersey. His mentor in Trenton was then-broadcaster Jay Burnham, who encouraged Sigal to pursue a broadcasting career. He went on to work for the Johnson City Cardinals, Staten Island Yankees, Hickory Crawdads and Tri-City ValleyCats while also serving as the broadcasting voice of Union College in Schenectady, New York.

The next step in such a career path usually does not involve co-owning a Minor League baseball team. Yet that's just the position in which Sigal finds himself.

"My parents, who had both retired -- or partially retired -- out of nowhere sprung the whole, 'What do you think about owning a baseball team?' question on me," he said. "I thought that was outlandish. Ridiculous. Why would you tease me about something like that?"

But Elliott and Ruth Sigal were totally serious, despite their lack of experience in the sports industry. The former had worked in pharmaceuticals, the latter in facility management.

Sam Sigal, flanked by his parents, Elliott and Ruth, during an introductory press conference in Visalia

"They're not baseball fans," Sigal said of his parents. "I mean, they love the game because of me, but I'm one of three kids and I was the sports nut. My parents would go to Minor League games because if they'd visit me during baseball season that's the only time they'd see me. My dad would look for the nearest hot dog and shade and my mom would make a phone call. But I didn't realize at the time how much they had still learned, the experience at each place they visited, realizing how big community is in Minor League Baseball. How important the team is to the town and the town to the team. When they started to think about this as a business prospect, that's what they saw. They didn't just see the baseball, they saw the community value. And that's how I approached it, too."

When Sigal and his parents set out on this venture, it was with the understanding that he would set aside his broadcasting aspirations and instead serve as what he calls "the feet-on-the-ground local representative."

"We got lucky that a mutual acquaintance of ours, Joe Finley, who owns the Thunder and the Lehigh Valley IronPigs, became a consultant and confidante to us and also a mentor to me," Sigal said. "He helped guide us through what turned into a 2 1/2-year process of looking at teams all over Minor League Baseball. ... We finally got there and it was the best journey of my life."

So why the Visalia Rawhide? Sigal said that he and his family were first in touch with the previous owners in August 2017, at a time when it was unclear whether the team would be sold. From that point on, Sigal said that the small Central Valley city "lurked in the shadows as a town I fell in love with, we fell in love with, and we saw fitting with what we wanted to do as a family."

"The capacity of [Rawhide Ballpark] is only 2,500, but I was at a July 3 game where there were more than 4,000," he continued. "And everyone there seemed like they were each other's family. It was kind of like a Cheers community, where it seemed that everyone knows your name and everyone there was wearing Rawhide gear."

Sigal moved to Visalia in October in preparation for his new "on the ground" ownership role. He joined the Rotary Club and local community boards and said that the city "already feels like home." Now it's time to prepare for the 2020 season, alongside an already-in-place front office staff headed by general manager Jennifer Reynolds.

"My title is vice president of First Pitch Entertainment, owners of the Visalia Rawhide. And I'm also a co-owner," Sigal said. "I'm not the general manager; I'm not the broadcaster. We have great people at both. My job is to be a liasion, not just between the ownership group and the front office but also the team and the city, our landlord. ... I'll be at every game, and I can't wait to be at every game. But I think that's still a fluid progression. I'll find out more later, what holes I can fill."

And even as co-owner, Sigal is not above returning to his hot dog suit roots.

"I'm still that person," he said. "I did theatre in high school. I'm an announcer. I enjoy expressing myself and I think Minor League Baseball, especially in these small towns, it adds something when there's something goofy going on. I'm sure people in Visalia will see me doing something out of the ordinary. You're never above a hot dog suit."