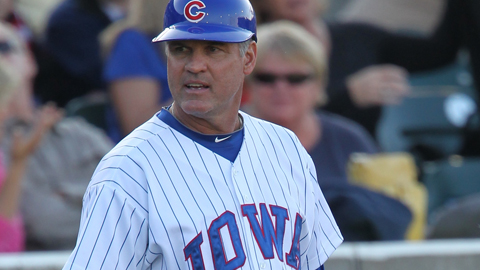 Des Moines, IA - Ryne Sandberg, in his first season as a skipper at the Triple-A level, has been named the Pacific Coast League's Manager of the Year for the 2010 campaign, the league announced Friday.

Sandberg has led Iowa to an 80-60 record this season, good for a first-place tie in the American Conference Northern Division with just four games remaining in the regular season. The I-Cubs also have the best road record in the PCL at 43-29, the top road mark since the Las Vegas 51s went 44-28 in 2002.

Under his guidance, eight players have made their Major League debut with Chicago during the 2010 season. They include Triple-A All-Star Game starting pitcher Thomas Diamond, All-PCL shortstop Darwin Barney and top pitching prospect Andrew Cashner. Iowa has also had at least a share of the division lead for 47 consecutive days leading into the final series of the year.

The Cubs' Hall of Fame second baseman is in his fourth season managing in the organization, having been at the helm of the Single-A Peoria Chiefs in 2007 and 2008 and the Double-A Tennessee Smokies in 2009. He piloted the Smokies to a second-half division title a season ago, taking the club to the Southern League Championship Series.