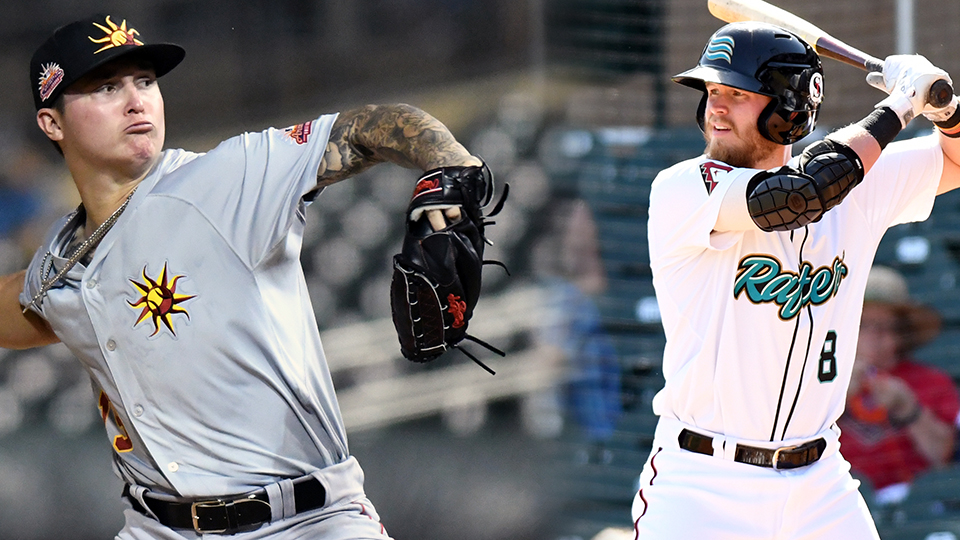 Seth Beer and Aaron Hernandez received the final Player and Pitcher of the Week honors of the Arizona Fall League season, the league announced Saturday.

MLB.com's No. 96 overall prospect, Beer was 5-for-13 with a triple, double, three RBIs and two runs scored in three games for the Salt River Rafters.

The fourth-ranked D-backs prospect blasted a career-high 26 long balls across three levels during the regular season, including one with the Double-A Southern League champion Jackson Generals.

He joined the Arizona organization along with right-handers Corbin Martin and J.B. Bukauskas in a Trade Deadline swap in which the D-backs sent Zack Greinke to the Astros.

Hernandez, the 14th-ranked Angels prospect, won his final two starts for the Mesa Solar Sox. He allowed five hits across nine scoreless innings, striking out 11 and issuing only two walks. He tossed five hitless frames on Oct. 20 against Peoria, fanning five with one walk.