No. 14 Arizona prospect going to Tampa Bay for reliever Boxberger 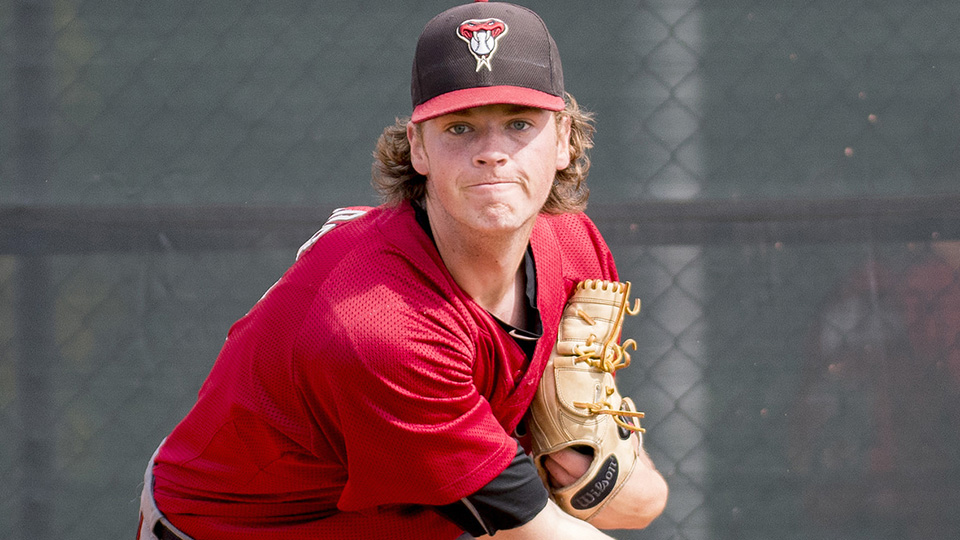 Curtis Taylor has struck out 91 batters over 78 2/3 career innings in the Minor Leagues. (Jared Ravich/MiLB.com)

Almost 18 months after he was drafted by one of the two franchises involved in Major League Baseball's 1998 expansion, Curtis Taylor is headed to the other one.

The 22-year-old right-hander was traded from the D-backs to the Rays in exchange for reliever Brad Boxberger on Thursday, both clubs announced. He came in at No. 14 in MLB.com's ranking of Arizona prospects prior to the deal.

The D-backs selected Taylor in the fourth round of the 2016 Draft out of the University of British Columbia. He posted a 3.32 ERA and 1.25 WHIP with 68 strikeouts and 23 walks over 62 1/3 innings at Class A Kane County in what was meant to be his first full Minor League season. However, the 6-foot-6 right-hander did not pitch after July 13 due to a shoulder injury.

Beyond his size, the British Columbia native has been lauded for his fastball that acts like a sinker with velocity in the mid-90's and his above-average slider. However, his changeup was given a below-average 40 grade by MLB.com, and though he was a starter in 2017, it's believed that his two-pitch arsenal sets up a long-term future in the bullpen.

Boxberger heads to the D-backs ahead of Friday's deadline to tender contracts to arbitration-eligible members of the 40-man roster. The 29-year-old right-hander was an American League All-Star in 2015 but hasn't cracked 30 innings in either of his last two seasons with Tampa Bay. He missed significant time with a right flexor strain in 2017 and finished with a 3.38 ERA, 1.16 WHIP and 40 strikeouts over 29 1/3 innings.