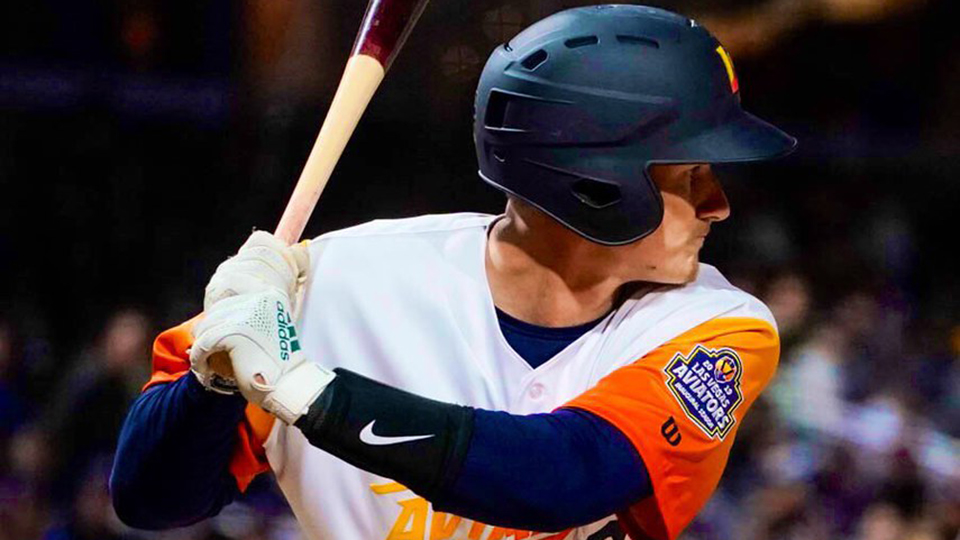 Not all offensive jumps are created equal.

As has been widely documented, there was an offensive explosion in Triple-A this season with Pacific Coast League clubs averaging 5.9 runs per game and their International League counterparts averaging 5.2, up from 5.0 and 4.2, respectively, in 2018. A primary driver of this offensive uptick was the switch to the Major League baseball. But while every Triple-A player utilized the same ball, they weren't playing in the same environments. Some were in extreme hitters' parks, even by Triple-A standards, while others were working mostly in friendlier confines for pitchers.

Toolshed last reviewed Triple-A park factors in 2016, so it's high time to return to the subject, especially after a year of movement in the PCL. Notably, Triple-A's western circuit dropped Colorado Springs, replacing it with San Antonio. In addition, a new ballpark opened in Las Vegas, meaning the 51s/Aviators replaced a hitters' park (Cashman Field) with an even more extreme hitters' park (Las Vegas Ballpark).

The following are the park factors for the Pacific Coast League, first for the 2019 season and then an average over the past three seasons. In the second table, Las Vegas is split into two groups to illustrate the difference between the two stadiums, while Colorado Springs and San Antonio are included separately. The scales for the run, homer and hit factors are constructed so 100 equals average -- anything above favored hitters while anything below was more helpful to pitchers.

The first thing that stands out is how the two stadium changes impacted the PCL landscape. The league traded one of its most homer-happy parks, located in the high altitude of Colorado Springs, for something more down to Earth in San Antonio. As a result, the collective ERA of Brewers Triple-A hurlers went down from 4.60 at Colorado Springs in 2018 to a league-best 4.15 this season with San Antonio.

Las Vegas became even more hitter-friendly in its new home, something that may have not seemed possible given how balls used to fly out of Cashman Field. As a team, the Aviators posted a .531 slugging percentage and a .902 OPS this season -- the highest single-season marks for an individual club since at least 2005. A big reason for that may be the new ball, but another explanation is certainly the new stadium. To further the point, Las Vegas pitchers gave up a league-high 145 homers at home this season, compared to only 79 on the road. According to BaseballParks.com, the elevation at Cashman was 1,995 feet; while at Las Vegas Ballpark, it's 3,041 feet. A climb to a higher locale while staying in the dry desert air is a good way to get a jump in offense.

Lastly, El Paso made headlines for setting a modern PCL record with 258 home runs as a team, eight more than Vegas. But the slightly above-average 106 home-run park factor indicates the Chihuahuas didn't receive as big a boost from Southwest University Park as one might imagine. In fact, El Paso sluggers actually hit more long balls on the road (130) than they did at home (128) over equal 70-game samples in 2019.

Carter Kieboom: The Nationals' top prospect certainly enjoyed a solid season at the plate during his time with Triple-A Fresno in 2019, finishing with a .303/.409/.493 slash line and 16 homers in 109 games en route to capturing PCL end-of-season All-Star honors. But it's also worth wondering what the infielder could have done if he'd spent his season mostly playing in another PCL locale. Kieboom hit a stunning .346/.453/.571 on the road compared to a more meager .261/.364/.415 at home with 10 of his 16 taters coming away from Fresno. His actual performance lies somewhere in the middle, but it's something to keep in mind for anyone perusing the PCL leaderboards in the cold of winter.

Kyle Tucker: The 22-year-old Astros outfielder knew a thing or two about playing in Fresno in 2018, only to move to another pitcher-friendly stadium when Houston switched its affiliation to Round Rock this season. Like most, Tucker's Triple-A home run production jumped -- from 24 to 34 in 2019, but most of those came on the road. Twenty-one of the 34, in fact, were dingers away from Round Rock's Dell Diamond. As the three-year model shows, Round Rock and Fresno have played pretty similarly over the longer term, but unluckily for Tucker, Fresno was a tad more homer-friendly in 2019 than the spot he got to call home in his second spin through Triple-A.

Sean Murphy: Because of knee injuries, the A's No. 3 prospect didn't spend a heck of a lot of time with Las Vegas, but his splits were stark all the same. Murphy slugged .736 in 14 games at home while producing a decent .537 slugging percentage in 17 games on the road. His 1.064 home OPS appropriately dropped nearly 300 points to .888 away from Sin City as well. The backstop's defensive work remains the primary driver of his value as a prospect, but this is another way of of keeping his offensive growth at the Triple-A level in context.

Now onto the other Triple-A circuit...

There's no way to talk about park factors and the IL without addressing the elephant in the league: BB&T Ballpark. The Knights opened the stadium in 2014, and offense has taken off in downtown Charlotte ever since. In 2019 alone, Knights batters belted 127 homers in their friendly confines, compared to only 81 on the road. Pitchers had it even more extreme. Charlotte hurlers gave up 130 dingers at home, as opposed to nearly half that at 73 away. Only Albuquerque pitchers (133) allowed more long balls at home in 2019. Basically, the Knights enjoy -- well, their level of enjoyment might vary by position -- playing in a PCL park at home and taking on fairer IL parks everywhere else in their own league.

In other spots, the IL might stand out more for pitching advantages than those given to the hitters, even in a big offensive season like 2019. Toledo batters hit 100 homers on the road but only 55 at home this past season -- the biggest home-to-road drop for an offensive unit this season. Elsewhere, Norfolk has been the more pitcher-friendly park in recent years. Tides batters went yard 145 times at home over the past three seasons, compared to 84 more (229 total) on the road over that same span. Norfolk pitchers, meanwhile, have fared better, giving up 189 dingers at home in those three seasons, a drop of 30 from the road total of 219.

Luis Robert: Robert's ascent to Triple-A was much anticipated, and there's no doubting that MLB.com's No. 3 overall prospect prospered at the Minors' top level, batting .297/.341/.634 with 16 homers and a 136 wRC+ in 47 games. But here's the thing -- Minor League wRC+ is weighted for league factors, but not park factors. Perhaps it would be different if the fact that Robert posted a .337/.394/.695 slash line at home in Charlotte compared to a .262/.289/.579 on the road was taken into effect. If his overall numbers in Triple-A were more like the road line, we would probably be talking about him differently heading into a likely 2020 Major League debut, though the slugging numbers were still strong. But as the old adage goes, you can only hit where you are. And when Robert was in BB&T Ballpark, he hit quite well indeed.

Ryan Mountcastle: The Orioles' No. 4 prospect earned plenty of praise for his 2019 season, namely he received IL MVP honors after hitting .312 with 25 homers and an .871 OPS in 127 games with Norfolk. What's more astonishing is that he did that while calling an extreme pitchers' park home, and moreso, he did that with splits that favored playing at the Tides' Harbor Park. Fifteen of Mountcastle's 25 long balls came at home this season, and he slugged .574 there compared to .481 on the road. Camden Yards is a pretty fair park, and it would have been fun to see what the right-handed slugger could have done with a call to Baltimore at some point late in the summer. Alas, that will have to wait for 2020.

Coming Toledo attractions: Much has been said about the Tigers' deep arsenal of arms at the Double-A level in 2019, led Top-100 prospects Casey Mize, Matt Manning and Tarik Skubal. What happens when all three, as well as Alex Faedo and Joey Wentz, head to Triple-A Toledo next summer? Likely good things, at least in terms of numbers. While Detroit's prospect arms adjust to life with the Major League/Triple-A ball, they can relax knowing Toledo's Fifth Third Field conceded 17 percent fewer runs and 26 percent fewer homers than the average IL park in 2019. That should be particularly useful to Mize and Skubal, who give up their fair share of fly balls compared to those on the ground.