Orioles' No. 1 overall selection blasts solo homer for only hit 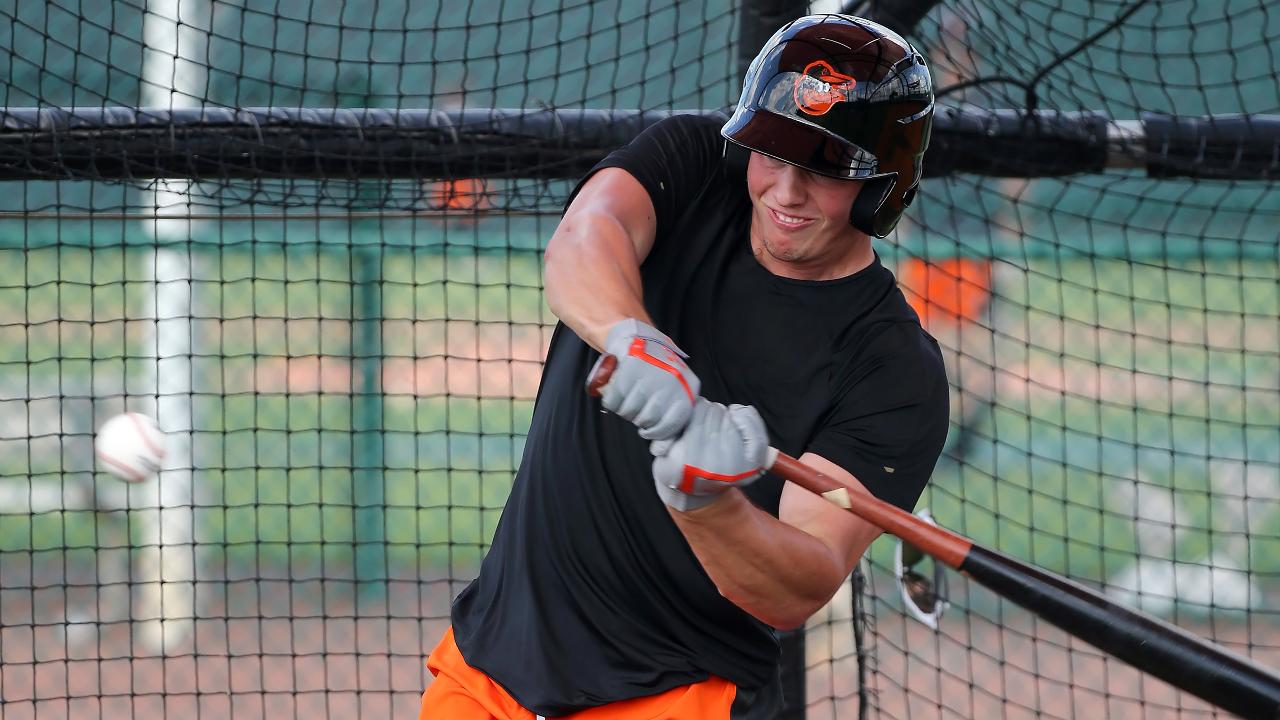 It took some time for Adley Rutschman to make his professional debut, but once he was finally out there, it didn't take long for him to show why he went No. 1 overall in last month's Draft.

Rutschman homered in his first-ever Minor League game as the Gulf Coast League Orioles fell to the Pirates, 6-4, on Saturday in Bradenton, Florida. Baltimore's top selection had been sidelined while dealing with a case of mononucleosis.

Rutschman had been fighting the illness for a month and a half but has been with the team in Florida since the start of July. The Oregon State product has been able to train and practice off the field but hadn't seen live pitching since he was still in college. As a result, he's been tirelessly anticipating his debut, so it felt that much sweeter to open it up with such a resounding bang.

"I was just hoping to get a couple hits today, maybe and get back in the swing of things," Rutschman said. "But nothing beats a home run. So it was a cool feeling."

After grounding out in the second inning and flying to the warning track in right field in the fourth, he led off the sixth as omingo Gonzalez came in to pitch for the Pirates. Rutschman turned on the first pitch from the 19-year-old right-hander, sending a towering shot over the fence in right for both his first professional hit and homer.

He was naturally geeked up as he returned to the dugout but was met by a tongue-in-cheek fate experienced often in moments like these: the silent treatment.

"I was just kind of going through the dugout, fake high-fives. ... Eventually, they all got excited," he joked. "So that made it even cooler."

Rutschman came to the field for the first time naturally feeling some jitters, but he wouldn't say he was nervous. He was just ready to finally step into the box and get his career off the ground.

"I was more excited more than anything," he said. "I couldn't keep still because I knew I was going to play today, so last night I was just bouncing all around the room. But I was excited for today, just excited to get going again. It's been a while."

After the game, Rutschman received a bunch of texts and messages congratulating him after word of the homer spread on social media. And while he'll certainly celebrate, he's not the type of guy to get hung up on something like this for too long.

"I don't like to get too high or too low," he said. "I always just kind of stick with the process. It was great to feel good in my first couple AB's, so I think that will carry over into the rest of the season. But I could've gone 0-for-4 today and still probably would've been about the same."

Nevertheless, Rutschman is excited. For while this may just be the first drop in the bucket as a pro, he's appreciative to have started it off so memorably.

"It was a really cool feeling ... it was fun to see live pitching, be able to interact with my teammates in a game setting," he said. "Just to get that first one out of the way was huge."