No. 41 overall prospect has 2.70 ERA since joining Fisher Cats 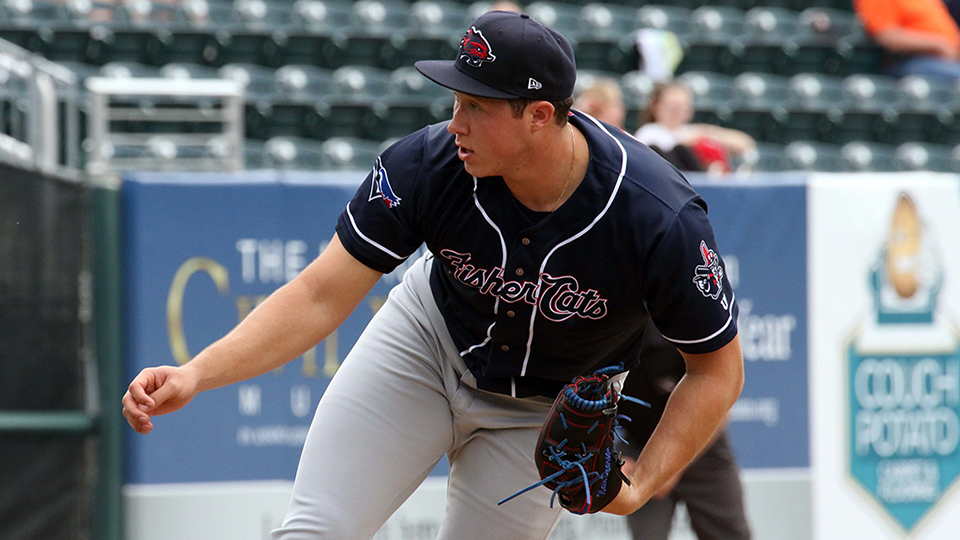 Nate Pearson is unscored upon in 10 of 14 starts between Dunedin and New Hampshire this season. (Carl Kline/MiLB.com)

Nate Pearson has been nothing short of dominant this season, but he'll be on the shelf for at least the next few days.

The second-ranked Blue Jays prospect was placed on the seven-day injured list, retroactive to Thursday, with an undisclosed ailment.

Pearson started the season with a 0.86 ERA in six starts in the Florida State League, earning a promotion to Double-A New Hampshire on May 7. Alternating between two- and five-inning starts as the Blue Jays controlled his workload, MLB.com's No. 41 overall prospect has a 2.70 ERA through 26 2/3 innings in the Eastern League. With his 75-grade fastball that can reach triple digits, he's accumulated 31 strikeouts against five walks since the promotion.

In his last outing on June 15, the right-hander threw two perfect innings and fanned three against Richmond.

"It's all about looking out for the best for me," he told MiLB.com on June 9 about the innings limit. "They want me to be able to go deep into games late in the season, so right now we have to limit my innings so I can do that in the back half of the season. It's just something that I have to get through now, and I really don't mind it.

"Sometimes when I get my two innings, I get into that rhythm I know I was in today and I really want to go back out, but they tell me I'm done and take the ball from me. It's kind of frustrating, but it's all fun. It's still a game."