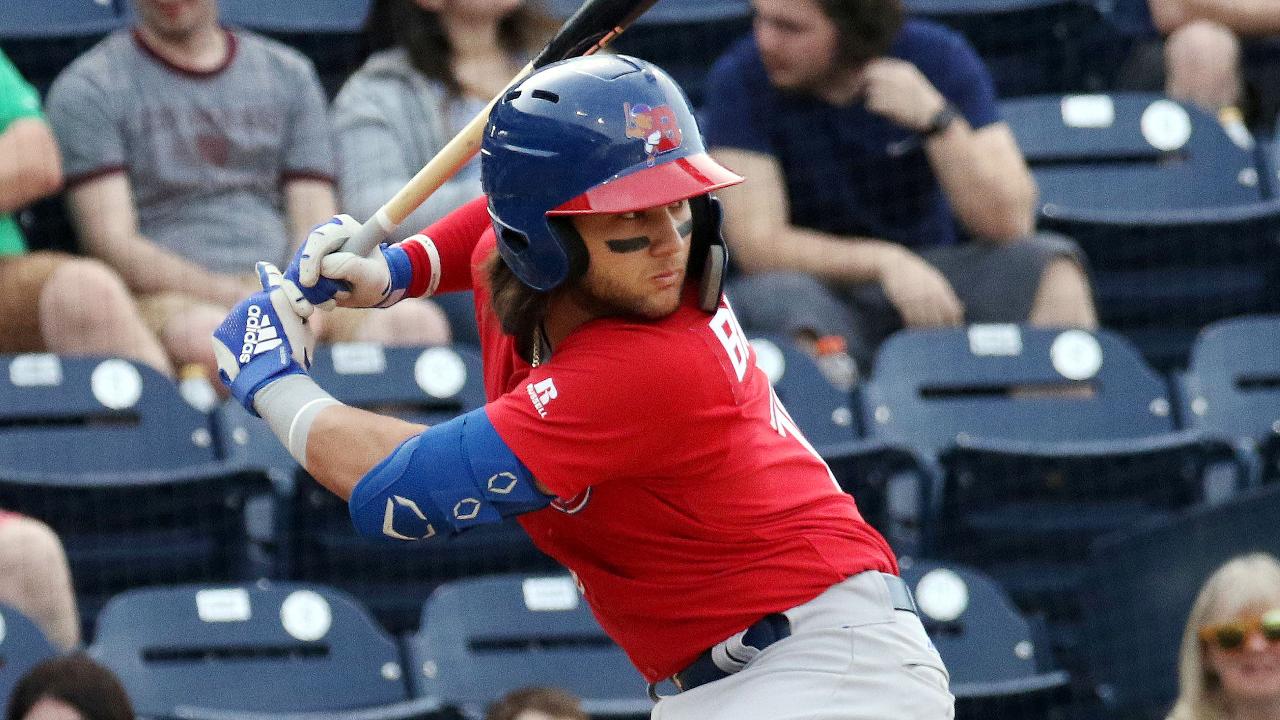 Bo Bichette is showing no signs of cooling off -- and that's not good for International League pitchers.

Bichette led off the game with a double to center field off an 0-1 offering from big league veteran Walker Lockett, stole third and scored on a sacrifice fly by Patrick Kivlehan to jump-start the Bisons' three-run frame.

In the second, he got ahead of the right-hander, 1-0, then stroked a one-out double to right that plated Alen Hanson to extend Buffalo's lead to 4-0.

The 21-year-old shortstop hammered the first pitch he saw from Lockett in the fourth over the right-field wall for his fifth dinger of the season and second in as many nights.

With Lockett out after four innings, a string of right-handed relievers kept the Jays' top-ranked prospect in check. He walked in the fifth against Mets No. 20 prospect Ryley Gilliam, grounded out to third in the seventh against Paul Sewald and struck out against Chris Flexen in the ninth.

Bichette suffered a broken left hand on April 22 against Syracuse and did not return to the field until June 7, when he began a four-game stint with Class A Advanced Dunedin before returning to the Buffalo lineup six days later.

"From the minute that he got [back] here, I haven't seen any and he hasn't expressed to me at all any pain," Bisons hitting coach Corey Hart told MiLB.com last month. "It was almost like it never even happened, like he just was somewhere else and came back. I haven't seen anything abnormal out of him, and he's been great."

With Vladimir Guerrero Jr. and Cavan Biggio already on the Major League roster, Toronto is eager to have its top farmhand in a Blue Jays jersey, but the front office is looking for Bichette to refine his game even more.

"We'd really like to see some time in Triple-A and have him get his legs under him and have a good strong foundation before we have that discussion," Toronto general manager Ross Atkins explained to Rogers Media last month. "But his spring training was extremely impressive and what he's done in the minor leagues thus far, the teammate that he is, the effort that he has, it's really a lot to get excited about."

In the meantime, Bichette told MiLB.com that he remains focused on the here-and-now.

"I was pretty motivated already, so I wouldn't say [their promotions] really added anything, but it definitely gets me going a little bit knowing that my boys are up there and I'm still down here," he said. "I mean, I don't expect to be [in Toronto] right now. I've still got to come down here and get my feet wet and play hard and show them I'm ready, but that's what I intend to do."

Richard Urena added three of the Bisons' 14 hits and drove in two runs along with Roemon Fields. Conor Fisk (2-4) picked up the win after yielding two runs on five hits with six strikeouts over five innings.

Tim Tebow smacked his third homer in six games for the Mets, while Ruben Tejada and Rymer Liriano had two hits apiece. Lockett (1-2) gave up five runs -- four earned -- on seven hits and two walks while striking out four.