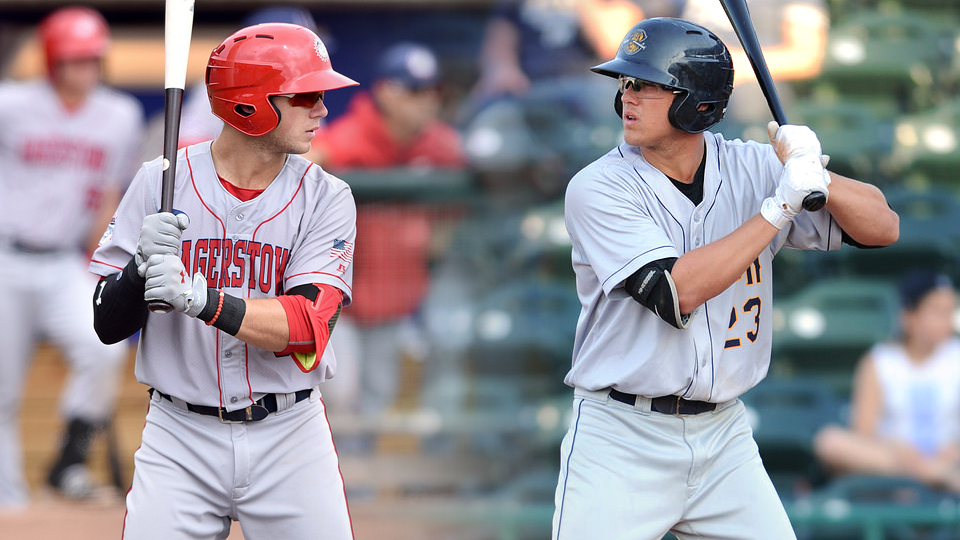 Charleston outfielder Blake Rutherford and Hagerstown shortstop Carter Kieboom can add another accolade to their growing resumes as each were tabbed as South Atlantic League All-Stars on Tuesday.

The All-Star teams were chosen through voting between Sally League managers and coaching staffs, local media members and front-office executives. The 58th SAL All-Star Game is scheduled for June 20 at 7:05 p.m. ET at Spirit Communications Park and will be streamed live on MiLB.TV.

Rutherford, 20, is batting .280 with a homer, 18 RBIs and nine steals in 47 games this season for the Class A RiverDogs. He's ranked as the No. 32 prospect in baseball, according to MLB.com.

Kieboom, the Nationals' first-round pick last year, is batting .333 with six home runs, 20 RBIs and a .398 on-base percentage in 29 games. The 19-year-old has 21 runs scored but is currently on the seven-day disabled list and unlikely to participate in the midsummer showcase.

The league's top hitter, Asheville's Colton Welker, was selected as the Southern Division's third baseman. The Rockies' No. 13 prospect and 2016 fourth-round Draft pick leads the circuit with a .357 average to go along with six homers and 28 RBIs.

Greensboro's James Nelson, the Marlins' No. 10 prospect who ranks second in the league with a .353 average, is expected to be the Northern squad's starting third baseman. The 19-year-old has four homers, 12 doubles, 19 runs and 24 RBIs this year after Miami selected him in the 15th round last year.

Delmarva's Jake Ring, selected as the Northern Division's center fielder, is tied with Columbia's Dash Winningham for the league lead in RBIs with 38. Winningham was chosen as the Southern team's first baseman.

The name most fans are likely looking for? Tim Tebow. The 29-year-old Columbia outfielder was not chosen for the game after hitting .216 with three homers, 16 RBIs and 11 extra-base hits in his first 47 Minor League games. The former NFL quarterback and Heisman Trophy winner has 53 strikeouts, 16 walks and owns a .302 OBP in 162 at-bats for the Fireflies.