Yankees bringing up Gleyber from Triple-A

No. 5 overall prospect pulled from 'Riders game in seventh inning 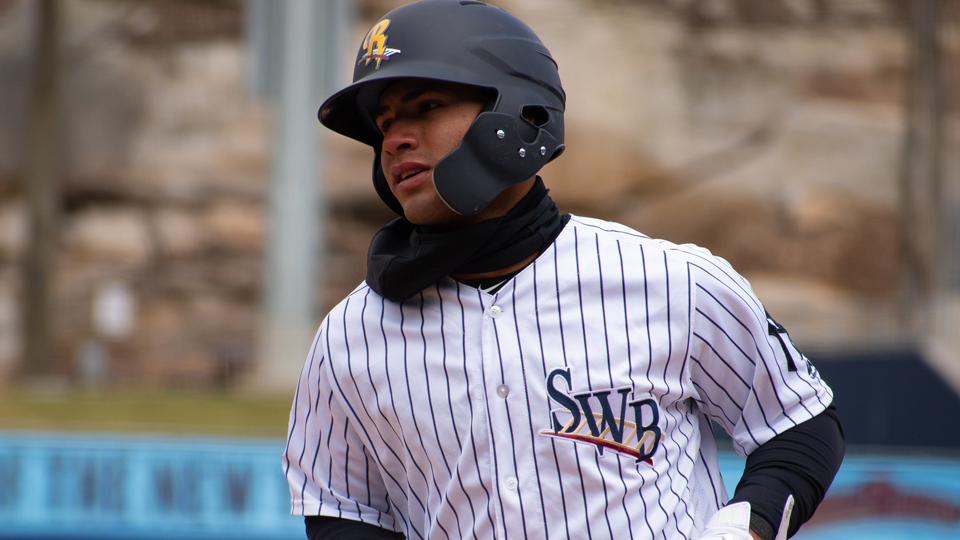 Gleyber Torres' first hit of the 2018 season was a two-run homer, and he ranks third in the IL with 11 RBIs. (Nick Musial/MiLB.com)

It was a cold start to the season, figuratively and literally, for Gleyber Torres. But that's all in the past.

The Yankees are promoting MLB.com's No. 5 overall prospect from Triple-A Scranton/Wilkes-Barre to make his Major League debut. Torres was lifted for a pinch-hitter in the seventh inning of the RailRiders' 6-5 loss to Toledo on Saturday and said manager Bobby Mitchell told him after the game that he was heading to New York.

"Super-happy," Torres told reporters after the game. "It's like a dreaming coming [true]. ... I had to call my mom and dad, and [they were] excited, too. They were crying and happy."

The 21-year-old also also was removed from an IL game on Monday, fueling speculation of a callup. That departure from a game played with temperatures in the 40s was a precautionary response to stiffness, which also kept him out of action on Tuesday. On Wednesday, he surpassed the minimum Minor League service time that would guarantee an extra year of team control over the youngster.

Video: RailRiders' Torres homers for first hit of the year

Acquired from the Cubs in the July 25, 2016 trade involving Aroldis Chapman, the native of Venezuela came into 2018 with a .282/.360/.416 slash line, 113 extra-base hits and 60 steals in 356 Minor League games. His 2017 campaign was cut short when an injury on a slide required Tommy John surgery, but he impressed in 55 games between Double-A Trenton and Scranton/Wilkes-Barre.

"Last year was like a tough year for me," he said. "After a lot of months, I could start playing the game. The spring was a little bit difficult. But coming into the season, I started hot and now I'm going to the big leagues. I'm super-excited and happy and I can't wait for the first game."

A natural shortstop, Torres began seeing time around the infield last year and played only three of his 14 games this year at short; three were at second base and eight were at third base. MLB Pipeline praises his "exceptionally quick hands." He features a 70-grade hit tool that's built on an advanced approach at the plate and projects to regularly hit for a high average and 20 homers per season.