Connor Lien was 3-for-4 with a double, two homers and four RBI 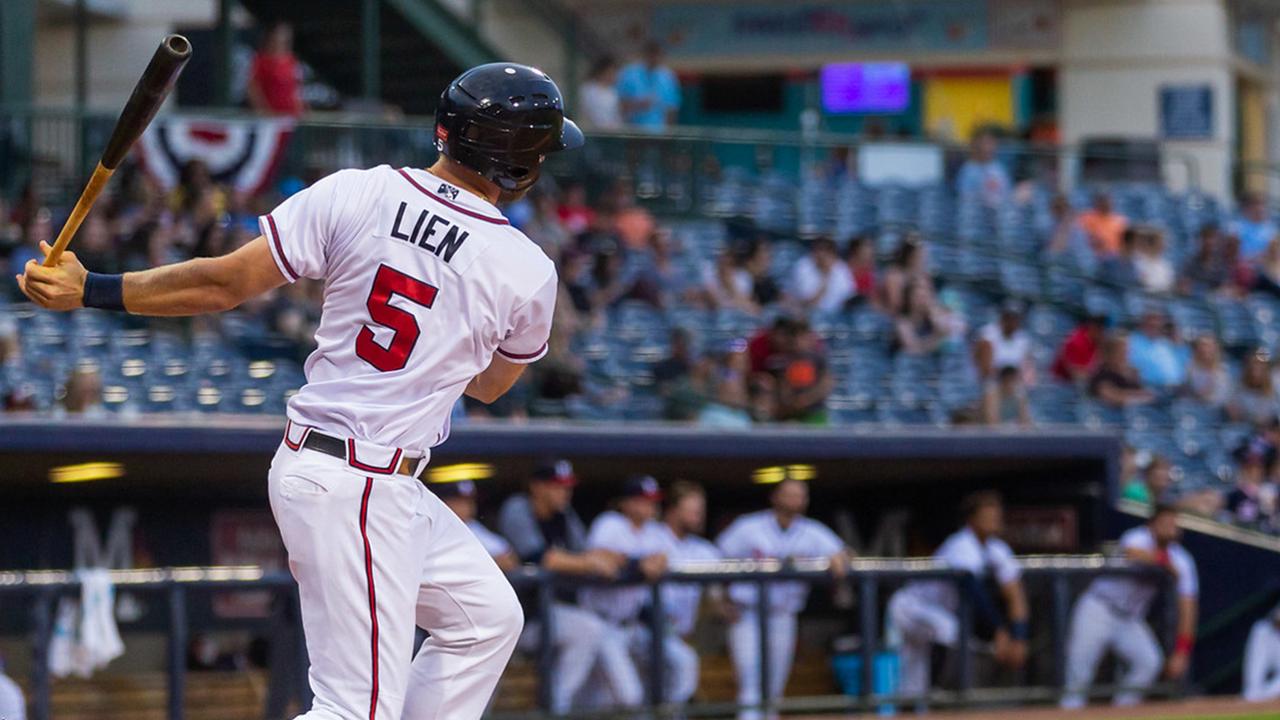 The final homestand of the 2019 season began with quite possibly the wildest game at Trustmark Park this season. The game saw a combined ten pitchers used, 13 runs and 28 hits. Lien ended the night 3-for-4 with a double, two homers, three runs and four RBI. Riley Unroe  added a three-hit effort finishing 3-for-5 from the leadoff spot with an RBI.  The M-Braves took a 3-2 lead into the top of the ninth, but Pensacola rallied for four runs, including a three-run home run from Gavin LaValley (10) to take their first lead of the game at 6-3.  Ryan Casteel  and William Contreras  began the bottom of the ninth inning with singles and Lien (9) tied the game up at 6-6 with his second long ball of the night off of the batter's eye in centerfield. Pensacola plated their bonus runner in the tenth inning and held Mississippi off the board to hang on for the 7-6 win.  The Braves started their scoring in the bottom of the third inning with a pair of runs. Lien started the rally with a double and scored on an Unroe RBI single. Braden Shewmake followed with his first M-Braves RBI on a sacrifice fly to bring home Ray-Patrick Didder  and take a 2-0 lead.  After the Lookouts tallied a run in the top of the fifth inning, Lien (8) hit his first home run of the night to increase the lead back to two at 3-1.  Connor Johnstone  notched his second-straight quality start on Thursday with 6.0 innings of one-run baseball. The Wake Forest product settled for a no-decision and scattered nine hits in his fifth-straight start since joining the rotation on Aug. 7.  Bradley Roney  (H. 3) relieved Johnstone in the seventh inning and struck out five batters over 2.0 innings, letting one run score on two hits. The run allowed in the eighth inning was just the Southern Miss product's second given up in his last 13 outings.  Jason Creasy  suffered just his second blown save of the season, allowing four runs on five hits in the ninth and Thomas Burrows (L, 0-3) took the loss, yielding only one unearned run in the tenth.  Lien's multi-homer game was his fourth as an M-Brave and second this season. He homered twice on April 19 at Chattanooga. His 32 all-time M-Braves homers tied him with Travis Demerrite on the club's all-time home run list. Lien has homered three times in his last two games and has nine on the season. Unroe is 6-for-12 over his last three games.  The M-Braves and Lookouts continue the final series of the regular season on Friday night at Trustmark Park. RHP Jasseel De La Cruz  (4-7, 3.95) starts for the M-Braves against Chattanooga RHP Packy Naughton (6-10, 3.84). First pitch is set for 6:35 pm with coverage beginning at 6:20 pm on 103.9 WYAB, TuneIn Radio, First Pitch App. and MiLB.tv (subscription required).  Friday's Promotions: Fan Friday Giveaway - M-Braves Baseball Card Set - The first 1,000 fans will receive a 2019 Mississippi Braves Baseball Card Set featuring Drew Waters, Cristian Pache, Ian Anderson, Tucker Davidson and many more! Trustmark $10K Dash For Cash - $10K in cash will be spread out in the outfield, and ten lucky fans will have 1 minute to collect as much cash as possible, presented by Trustmark.  Kids Run The Bases - After each Friday and Sunday home game, kids 14-and-under are invited to run the bases like the pros after the game! We Made Fist Bump Friday A Thing - As part of our Fan Friday promotion, every fan coming through the gates will receive a FREE FIST BUMP from an M-Braves representative.