Unroe hit .407 with a league-best 10 RBI and Kingham tossed the first M-Braves complete game since 2015 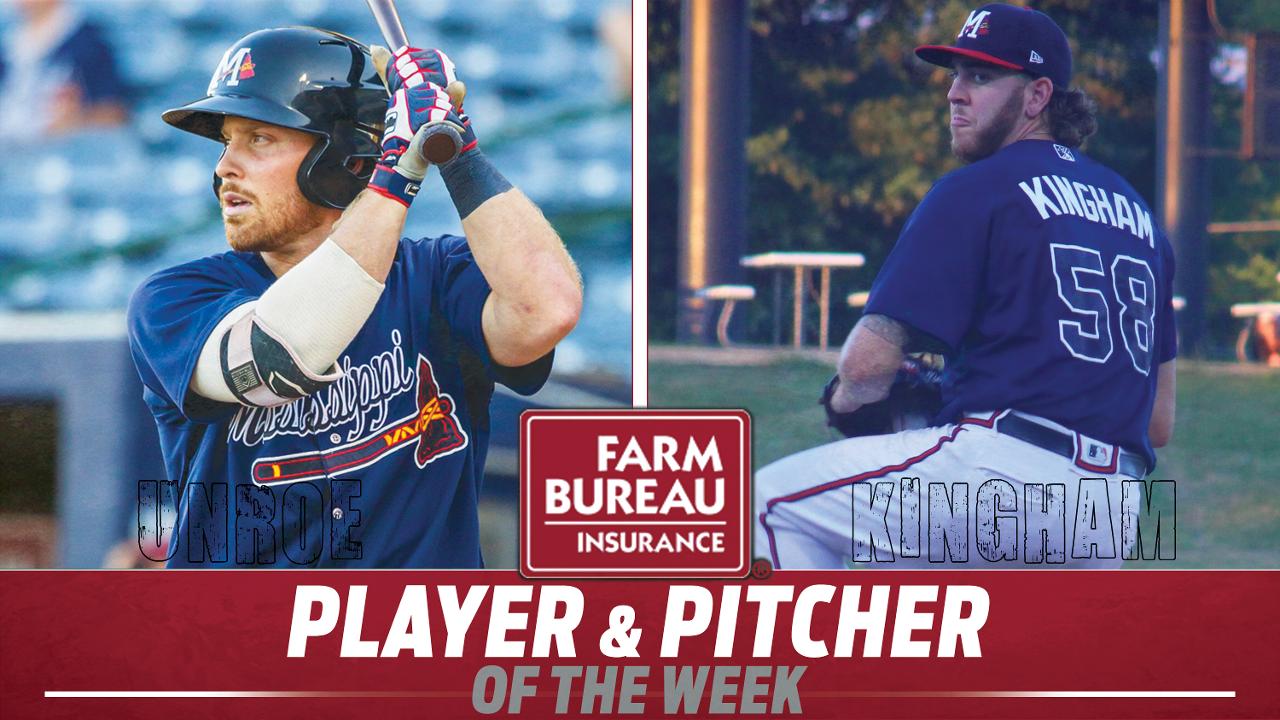 PEARL, MS - Mississippi Braves utility infielder Riley Unroe and right-handed pitcher Nolan Kingham have been named the final Farm Bureau Player and Pitcher of the Week of the 2019 season. The awards were given for their performances for the M-Braves from Aug. 26-Sept. 2.

Kingham, 22, posted a 1-1 record and 3.21 ERA (5 ER/14.0 IP) over two starts last week, including his fourth complete game of the 2019 season, on Sept. 1 against Chattanooga. Kingham led the league last week with 14.0 innings pitched, striking out seven and walking just three over the two starts, posting a 1.00 WHIP and .216 opponent's batting average.

Kingham tossed the first nine-inning complete game for the M-Braves since Jake Brigham did so on June 4, 2015. The Las Vegas native led Minor League Baseball with four nine-inning complete games and three complete-game shutouts this season. The Texas product ended the year by ranking second in Minor League Baseball with 165.1 innings pitched between Low-A Rome, High-A Florida and Mississippi.

The Atlanta Braves selected Kingham in the 12th round of the 2018 draft out of the University of Texas.

Unroe began his seven-game hitting streak by homering in both games of a doubleheader at Biloxi last Tuesday. The Mesa, Arizona native posted three-RBI performances twice last week and added multiple hits in three games. Over 77 games this season for the M-Braves, Unroe is batting .285 (77-for-270) with 12 doubles, two triples, five home runs, 37 RBI, nine stolen bases and a .350 OBP.

The M-Braves closed out the 2019 regular season on Monday at Trustmark Park with a 3-2 win over the Chattanooga Lookouts.