Osprey Walk It Off vs Billings, Four Games from First 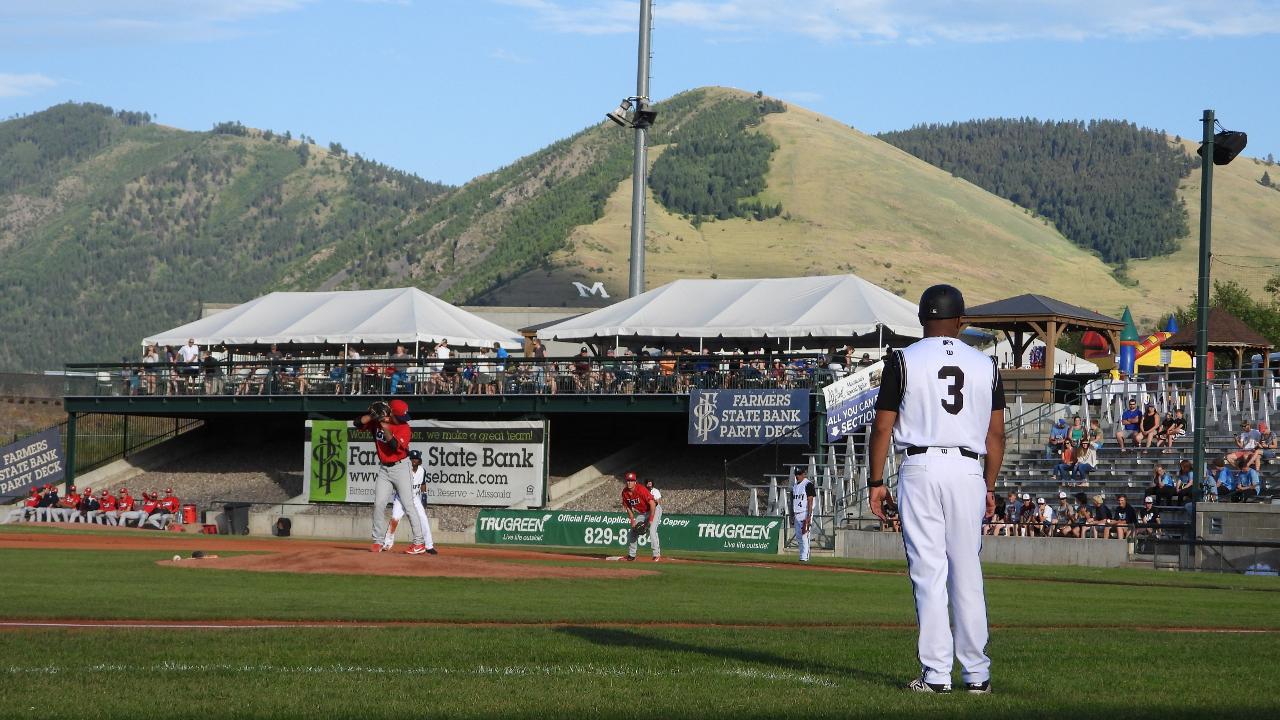 Missoula's pitchers combined four 14 strikeouts, only allowing three walks. Left-hander Ezequiel De La Cruz (W, 2-1) held the Mustangs off the scoreboard in the final two innings, striking out the side in the 10th.Luis Mieses made his Osprey debut, striking out three batters in hitless, scoreless fashion in two innings.

For the sixth-straight game, the Osprey had to fight from behind, with the Mustangs scoring the first two runs of the ballgame. Missoula's starter Pedro Zorrilla lasted four innings, allowing Billings to score two runs on six hits, while striking out four.

Trailing Billings 2-0, the Osprey kick-started the scoring with a solo shot from Reyes in the 3rd, his third of the season. An inning later, Martinez went long for the 10th time this year to force a 2-2 tie, which lasted until the decisive 10th.

Leading off the 10th, Curpa knocked a base hit into shallow left-center, giving Cesar Garcia enough time to score from 2nd. Thursday night's win made it two in a row against Billings for the Osprey, narrowing the Mustangs' lead to four games for first in the North, with eight games remaining.

Jacks Pub will have $2 Mystery Beer and $3 micro brews on tap leading up to first pitch against the Idaho Falls Chukars at 7:05 to begin a two-game series.