Caballero, Perdomo, Reed to compete alongside the top prospects in baseball 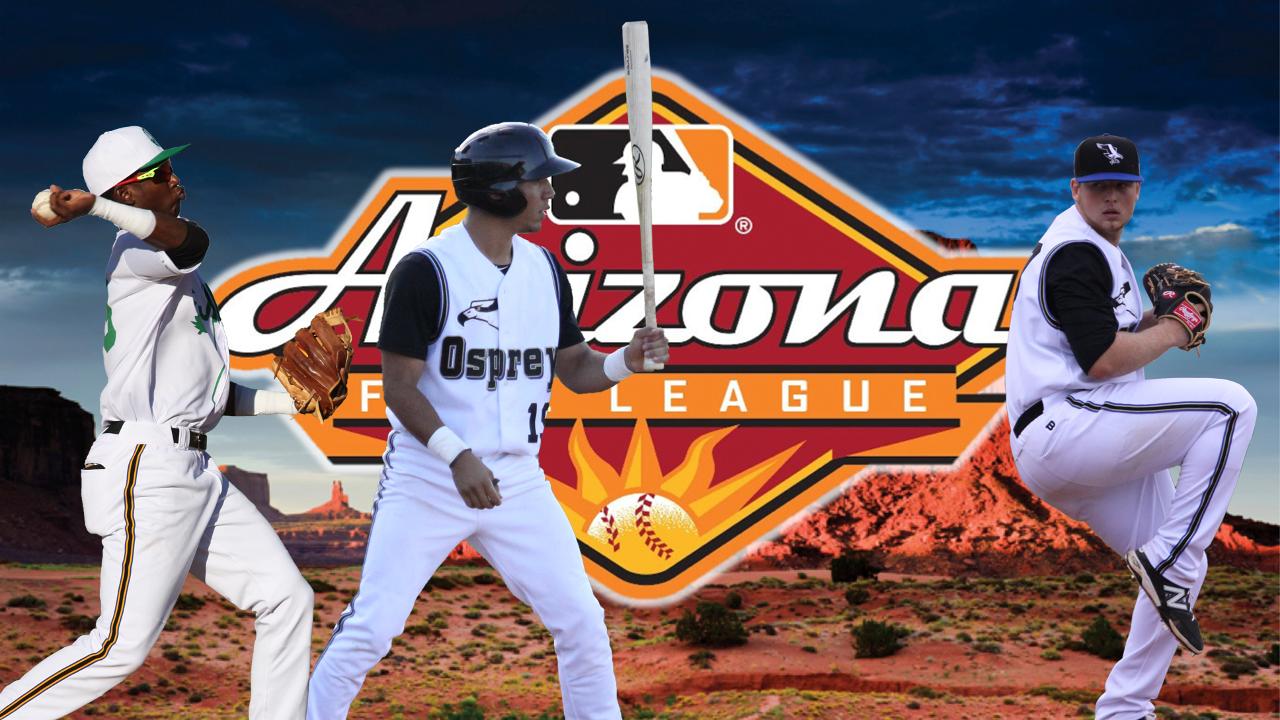 Wednesday morning the Arizona Fall League announced their preliminary rosters for the 6-week league which has helped prospects take the next step to increase their value, and often become elite level big leaguers. The six teams, comprised of prospects from all 30 organizations, feature 20 of MLB.com's "Top 100 Prospects" and already more than 100 members of team's "Top 30" lists. Three former Osprey have earned the right to be named amongst the game's top prospects as they prepare to compete in the AFL - Pitcher, Cody Reed (2014) Shortstop, Geraldo Perdomo (2018) and Infielder, Jose Caballero (2017).

Cody Reed, joined the Osprey mid-way through his first professional season after being selected by the Arizona Diamondbacks in the 2nd round of the 2014 MLB Draft. In four inning restricted appearances - the lefty was dominant and showed flashes of brilliance. Reed posted an ERA of 2.25 with 14 strikeouts while only giving up 3 hits in 12 innings of work. Recovering from injury, Reed has spent his 2019 season bouncing between the Arizona Summer League and Short Season Hillsboro.

Adding to the top tier SS prospects who have donned an Osprey uniform is Geraldo Perdomo. During his limited time in Missoula it was clear he was special, both with his glove, and at the plate. Only spending 6 games with the O's before his transfer to Hillsboro - Perdomo produced a slash line of .455/.586/5.45 with an astonishing OPS of 1.132. Perdomo started his 2019 campaign with the Class A Kane County Cougars and has since been promoted to Class A Adv. Visalia Rawhide.

Jose Caballero, who was traded to the Seattle Mariners at the 2019 trade deadline, spent the entirety of his first professional campaign in Missoula. In 36 games, Caballero hit .319 with 15 RBI and 14 XBH. Caballero has spent the 2019 season in Class A Adv. with the Visalia Rawhide, and since the trade to the Mariners organization, with the Modesto Nuts.

More than 2,900 former Fall Leaguers have advanced to the big leagues, including Hall of Famers Roy Halladay and Mike Piazza as well as future Cooperstown locks Derek Jeter and Albert Pujols. The AFL has produced 296 All-Stars, 19 Most Valuable Players (including both 2018 honorees, Mookie Betts and Christian Yelich), 6 Cy Young Award winners and 30 Rookies of the Year. Gleyber Torres (2016) and Ronald Acuna (2017) won AFL MVP awards before starring in the big leagues, and other recent Fall League standouts include Pete Alonso, Cody Bellinger, Vladimir Guerrero Jr. and Victor Robles.

Woof Wednesday & Hat Giveaway - Bring your dog out to enjoy the game with you - and if you're one of the first 1,000 fans - take home a free Osprey cap!

It is also "Shelter from the Storm Night," a part of the Osprey & Stockman Bank Community Outreach program. Welcoming groups from the Poverello Center, Habitat for Humanity, Missoula Food Bank, Union Gospel Mission, and Homeward. As with all Osprey Outreach nights this season, the mission program is to help local non-profits soar by donating 50% of participating groups ticket sales back to the organization! In addition, Osprey ownership will match an additional 50% of all proceeds in form of a cash donation to the participating groups (total of 100%).

Indigenous Heritage Night - come out to the ballpark in a glorious celebration of indigenous heritage - we'll have indigenous foods, singers, drummers, dancers, games, vendors & more! Thanks to the Missoula Urban Indian Health Center for helping to make this possible.

Thursday is also Stadium Happy Hour brought to you by Townsquare Media. $2 Mystery Beer in Jack's Pub, $3 micro brews - throughout the entire park! If the drink specials aren't enough, get your food fix before first pitch with great concessions specials - including mozzarella sticks and mini sausage flights!

PRIDE Night - in partnership with MiLB, LGBT Montana, Transvisible Montana, ABC Fox Montana & SWX - we will Strike Out Hate! Be one of the first 750 fans in the gate and receive a PRIDE Rally Towel. The celebration of inclusion doesn't stop there - from 4:30 - 6:00 we are hosting a pre-game Family Pride Carnival with bounces houses, a dunk tank, drag performances, games and more. Join us in the park for a silent auction, information and educational booths as we celebrate PRIDE all night long!

Jack's pub opens EVERY FRIDAY at 4pm with Happy Hour from 4 to 7 and a $2 MYSTERY BEER! YES, JUST $2 - $3 Micros & Street Taco specials! Get an early start on your weekend fun every Friday night during the season, thanks to NOW 106.7. Enjoy the fabulous setting of Jack's Pub, play giant Jenga, Connect Four, Putterball, and take in batting practice! Your game ticket is your cover charge to Missoula's best outdoor pub - Come check it out!

FIREWORKS - that's right - to celebrate the closing of the 2019 regular season, and to say "thank you" to each and every one of you, we've added one more post-game Firework Extravaganza!

As we prepare to send off the 2019 regular season in style, we're rolling out a new ticket special to help you share in the excitement! For just $30 you'll get 5 GA tickets! Join us for all 5 remaining home games, or bring out 4 friends to enjoy one of our great end-of-season promotions! Upgrade to reserved seating for just $50.

Tickets for all remaining Osprey games can be purchased at the MSO Hub Box Office, located at 140 North Higgins in Downtown Missoula, online at MissoulaOsprey.com and by phone (406) 543-3300.